The Walking Dead S07E02: The Well – TWD embraces the contradictions by going overboard with the good.

After the dirge and misery of last week’s season premiere, which had many fans vowing to abandon the show for good, The Well is a breath of fresh air by going in the completely opposite direction. Whereas last week was all doom, gloom, blood, fog, and crying, this week there’s a sense of hope, albeit brief, and a little misguided, to the world of The Walking Dead. And it all came in the guise of a former community theatre actor and his tiger.

Before we get to Ezekiel, let’s talk about Morgan. Lennie James may be the only actor on the entire show that consistently makes his character work. His no-kill story arc from last season could have been a hammy re-hash of Tyrese’s philosophical problems, but James has the talent of a truly superior performer that he can make you believe anything (even acting the shit out of sniffing candle, as eagle-eyed viewers seen in last week’s dinner table fantasy). The only problem with Morgan is actually a problem with the show: in that when he’s in Alexandria he gets a little lost in the mix of “the group”, and relegated to the role of Rick’s conscience at a time when Rick wasn’t bloody listening. This happens to most of the non-Grimes characters at some point, but it’s more frustrating since Morgan has been an obvious strength to the show. So the decision to throw him and Carol into this season’s parallel story is a clever one, and one which acts as an antidote to last week’s harshness. 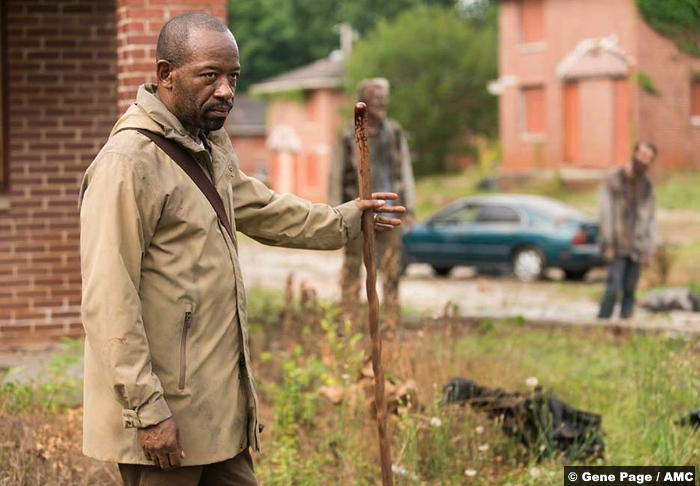 The Well introduces us to The Kingdom, the latest human settlement, seen throughout the episode from the different point of views of Morgan and Carol. Morgan has had some experience of the place before we get a look: already on friendly terms with the locals, and their leader, and giving up his and Carol’s weapon’s in good faith.  Morgan sees The Kingdom for what it is: a community that thrives because of their larger than life leader. There’s a catch though, The Kingdom, like the Hilltop, and now Alexandria, is at the mercy of the Saviours, proving that, like much of last season, Negan’s presence is felt even when he’s nowhere in sight. This is where the contradictions that Ezekiel embraces come to the forefront. His people don’t know that they are at the mercy of the Saviours, a secret that Ezekiel rightly describes as a burden he must carry to keep The Kingdom safe. What the pig exchange highlights is the hard lesson of The Kingdom: take from the well, replenish the well: that it applies to the King as well.

As Morgan find it easy to accept, and fit in to The Kingdom; even going so far as to train the (probably doomed) son of one of Ezekiel’s fallen friends, Carol sees it as many viewers, including myself, saw it: as a joke.

Before Carol enters The Kingdom there’s the small matter of approaching Walkers. Since her last fatal encounter with the Saviours, Carol is wounded and hallucinatory, seeing each Walker as the human-being they once were. Last season Carol’s trauma at the weapon that she’s become, apart from the excellent hostage situation with Maggie, was presented as squeamishness, never packing the punch you felt the writers meant to. The episode’s beginning manages to sum-up Carol’s current state of mind much better, and even borderline poetically, than all of season six put together. It’s heavy handed sure, but this is The Walking Dead.

After she’s somewhat recovered Morgan takes her to meet Ezekiel, who, according to Morgan, does his own thing. Hs own thing is apparently to act like a Game of Thrones reject equipped with an ostentatious tiger named Shiva. I’m sure I wasn’t alone in sharing Carol’s “you’ve got to be shitting me?” reaction. Yet, over the course of the episode, Ezekiel, and his kingdom slowly becomes more endearing. It’s a classic case of tonal whiplash from last week’s misery; hell people actually smile in this episode, and not because they’re told to at gunpoint. For Carol it makes sense that this place and its people are living in la la land: equipped with cobbler for every meal, a choir that gives the gospel treatment to Bob Dylan, and movie nights. It’s true that there’s a bit of repetitive superiority on Carol’s part, much like her initial reaction to Alexandria, which means that her old skills take over: stealing some clothes here, a knife there, all to prepare for leaving this fairy-tale place. 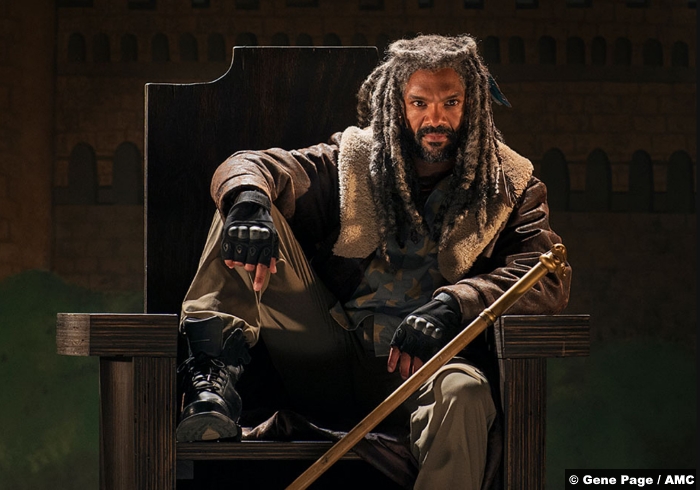 Then Ezekiel drops the kingly act, an act that he uses to give his people something to root for, and some stability in a world of chaos. The scene between Carol and Ezekiel is The Walking Dead on top form, reminding us that this used to be a show about what people do to survive, and less about sadism. In a way the first two episodes of season seven are in service to the Kingdom’s motto: episode one took from the well: killing off characters, and setting up a world without hope that’s governed by a mad man, and episode two replenishes the well: introducing a new settlement, interesting characters, ruled by a good man prone to showmanship. By the episodes end Carol chooses to live between both of these ideas, not quite ready to accept that there’s hope, but is at least open to the idea; and, with any luck, The Well may have the same effect on us.

8/10 A major improvement from the premiere, showing that The Walking Dead hasn’t forgotten that it’s supposed to be an entertaining show rather than the televisual equivalent of a root canal. Although next week seems to be all about torturing Daryl so I may have spoken too soon.