Tonight, the kids of Riverdale High put on Carrie: The Musical. And like its previous incarnations, it ends in murder–the real kind, though.

But of course, let’s start before that. We begin this week with rehearsals for the show. And while I knew it was the musical episode, I must admit that I was a little startled when Betty just started singing while getting ready for school. That’s because I should confess that I’m not a musicals person. I grew up with Hair and I like Sweeney Todd, but that’s about it. I mean, every time I’ve tried to listen to Hamilton, I haven’t been able to get through two songs and that’s not just because I don’t care for Alexander Hamilton. So this was a trip. But anyway, back to the show. 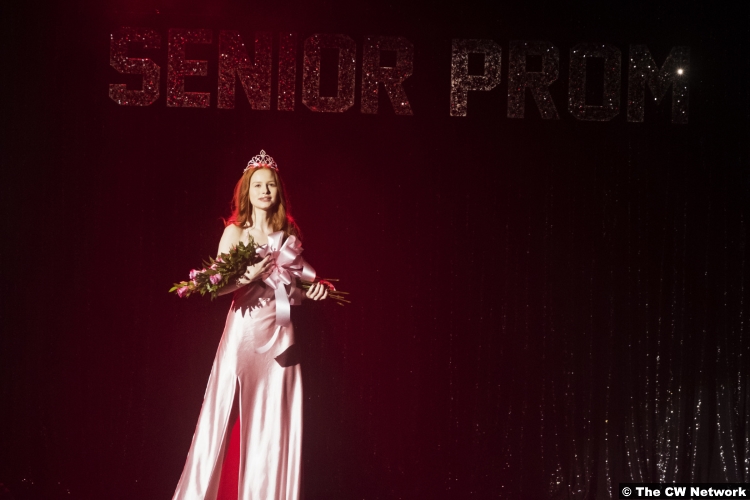 Mostly everyone is playing the roles you’d expect. For instance, Betty is Sue Snell, Archie is Tommy Ross, and Veronica is mean girl Chris Hargensen. Even Chuck gets in on the action, trying to redeem himself through art. (He’s playing Chris’s boyfriend, mean boy Billy Nolan.) However, Cheryl is taking on the title role, the bullied girl. She won’t hold it for long, though.

It seems someone, claiming to be the Black Hood, disagrees with show director Kevin’s artistic choice. This someone expresses their distaste in classic ransom note style. You know, like this: 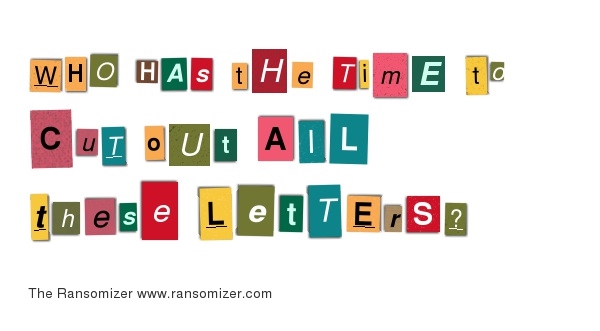 The kids all ignore this at first, suspecting it to be an ill-conceived prank, even when Cheryl is almost hit by a falling sandbag. Specifically, some of the kids–Betty in particular–think that Ethel might be behind it since she’s publicly stated that she was “born” to play Carrie. Instead, she’s playing Helen, a character I didn’t even remember until I googled it and found out Edie McClurg played her in the original film. Then I still had to read her character bio to remember her. And then it was still fuzzy.

They can shake all this off, though, but they can’t shake off school policy. Specifically, that participating students have to have parental permission. Penelope Blossom refuses to sign off on Cheryl playing an iconic matricidal redhead, so she’s out and Midge is in.

Other parents are more supportive of the kids’ artistic efforts, though, including Fred, who volunteers to build the sets, and Alice, who steps in to play Mrs. White. Speaking of the latter, lest we forget, something went down with FP. So when she shows up at Pop’s to invite him to the musical and he’s noncommittal, she’s a little crushed. So much so that she breaks down during her solo in rehearsal and begs Betty not to leave her like everyone else does.

That prompts Betty to invite her father over. Hal shows up with flowers and apologies to his family. Alice tells him he’s not Chic’s father, which we and he and everyone in the county knew already. 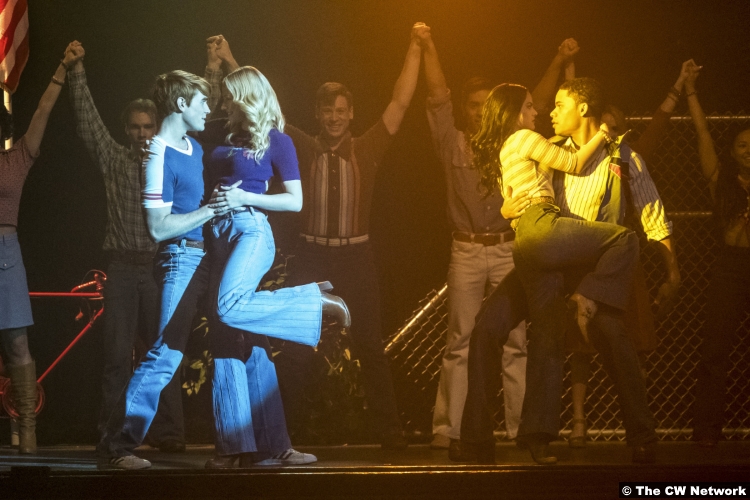 But about fathers: Archie still hasn’t told his that Hiram bought him that fancy Firebird. So Hiram, never one to miss an opportune time to drive a wedge between people, especially a people who–let’s be real–slept with his wife, tells Fred himself.

In the grand tradition of fathers everywhere, Fred’s not mad, just disappointed. He always dreamed that he and Archie would go pick out a “jalopy” at Junkman Steve’s and fix it up together. Still, he stays on the production because he’s a good man who sticks to his word.

Finally seeing some light, Archie tells Hiram that he shouldn’t try to mess with the Andrews men’s relationship. Then he gives him back the Firebird, sells some of his music equipment, and buys a genuine jalopy. I mean, I know the jalopy is a classic from the comics but it looks like he bought a Model T. I mean, it looks like Mr. Burns is about to roll up and order, “You, there, fill it up with petroleum distillate. And re-vulcanize my tires, post-haste!”

Meanwhile, Cheryl may not be the lead anymore, but she still hasn’t given up on her Carrie dreams. She appears at Thistlehouse in her costume, dripping in (fake, I hope) blood, and threatening her mother. She wants emancipation and to be left alone at the home with Nana Rose. 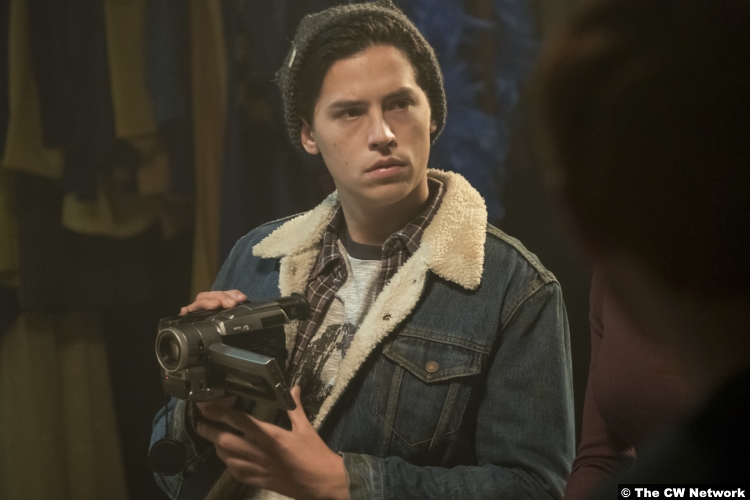 The outcome of that exchange is still unknown, though I must say that I doubt Penelope was cutting out magazine letters–please, she’d have a servant do it, if she could afford it–so it’s also still a mystery at showtime who was behind the threatening notes. Jughead, whose work on the musical is strictly in documenting it, finds a trash can full of cut up magazines in Ethel’s dressing room. Miss Muggs claims she was making a vision board, though. With single letters? That sounds fake, but okay.

The show must go on, though, and it does. It seems to be a rousing success, all except for the last scene, when Midge’s cue reveals that she’s been pinned to a wall with knives and a message:  “I am back from the dead. All those who escaped me before will die.” XOXO, Gossip B.H.

9/10 – Despite the singing–so much singing–I did enjoy this episode. It was fun! Also, there was a lot of work toward repairing relationships–Betty and Veronica, Cheryl and Josie, Archie and his dad, Chuck and everyone–which is always nice. Because despite what the Black Hood thinks, few people are beyond redemption. But speaking of relationship repair, it is funny that Riverdale’s answer to Carl Panzram is back and so is Hal. Is Hal the Black Hood? I won’t commit to a yes just yet, but I’ve got my eye on him. And Moose, who’s probably next.