When we last left Riverdale, Archie had just found out that Agent Adams was 1) not a real agent and 2) actually a mole planted by Hermione to test his loyalty. Oh and Alice killed a dude.

You can be forgiven for forgetting about all that, though, because it might as well have never happened, according to this week. 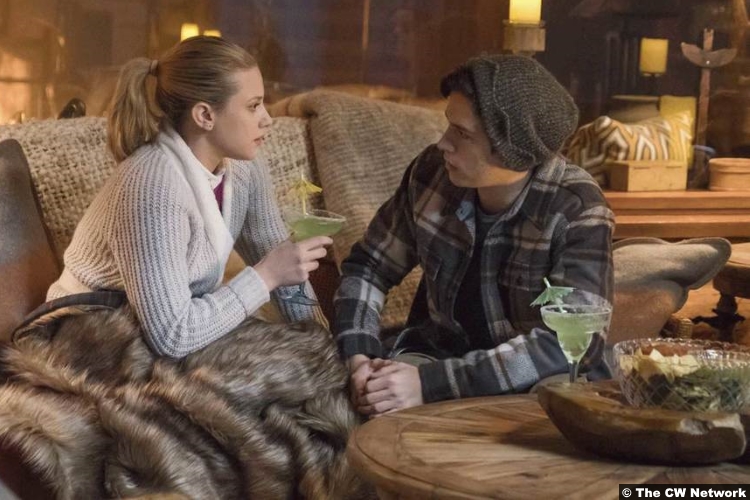 Instead, the bulk of the episode is devoted to a little getaway the kids have. Hiram suggests that since he and Hermione will be entertaining various organized crime figures at the Pembrooke, Archie and Veronica should go stay at the Lodges’ country cabin [read: beautiful lake house]. That makes sense because if there’s one thing fathers love, it’s sending their teenage daughters into the woods with teenage boys. On that note, Betty and Jughead also come along, the latter mainly because he’s trying to work Veronica as a source of info about her father.

Back in Riverdale, Cheryl is upset because Penelope basically told her that she’s incapable of love. Even if that were true, whose fault is that?! So Cheryl tries to get in on the trip, but Veronica (gently) tells her it’s a couples’ only thing. Unsurprisingly, once they get there, Cheryl calls Jughead to tell him that Betty and Archie kissed around Christmas. Like, that’s literally the extent of her conversation, which she signs off with “Kisses to all.”

Toni overhears it and is perceptive enough to figure out something’s bothering Cheryl, but our favorite redhead takes her attempt at empathy about as well as you’d think.

Meanwhile at Lodge Lodge, Cheryl’s phone call does not have the effect one might expect. Jughead is a little shaken by it, but once he absorbs it, he understands. Betty was upset after the whole Black Hood thing. It’s no big deal. 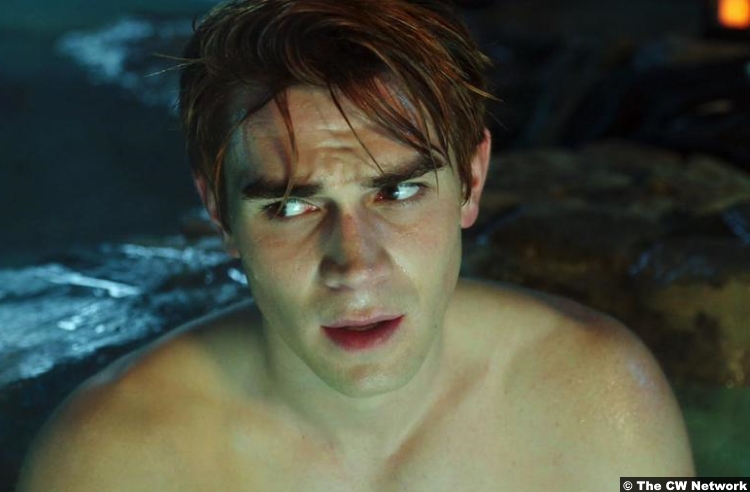 However, they are bickering about his plan to basically interrogate Veronica, which Veronica interprets as trouble in their relationship. She suggests that they can make everything even if she and Jughead kiss. So they do, while Archie basically make the face in the picture above. As Betty later points out, that means everyone in the core four has now kissed except for Archie and Jughead. I can hear the shippers’ hearts a-fluttering.

The next day, Jug gets some good news from FP, in that they don’t have to worry about eviction any more. Why’s that? Oh, someone bought the trailer park and cleared all the past due rent. Before you can wonder who this philanthropic individual is, I’ll just tell ya. It’s Hiram Lodge.

Jughead then is not as thrilled as the rest of the park, because he sees it as another example of Lodge Industries encroaching on the Southside. His girlfriend is mostly neutral on the subject until Alice calls her in a panic because Hiram is also buying the Riverdale Register. And honestly, Bughead’s shared outrage is almost more romantic than whatever they were doing with the Dark Betty wig.

Not sharing the outrage, obviously, is Hiram Lodge’s child and his would-be protege. The latter, my favorite boy genius, tries to argue the counterpoint: “There’s nothing, like, evil about buying a newspaper.” Wow. Bless his heart. Anyway, the kids all get in a fight that threatens to turn uglier than it already is, when they hear the sound of breaking glass.

You see, back in town, Veronica was like, “Yes, my vacation home is on Shadow Lake, it’s the last house on the left*, and my parents aren’t there.” So at least two townies have broken in to cause some mayhem. They don’t get far, though, because Veronica hits a panic button. One does steal her necklace, though, and is shot by a woods-loitering Andre in return.

While all this is going on, back in Riverdale, Cheryl isn’t the only one having love troubles. Kevin wants to go see Love, Simon with Moose, but he’s already made plans with Midge. And no, Kevin does not want to be the fifth wheel on a date with his closeted FWB and his beard. All the Love, Simon product placement is pretty bold and funny. I thought last season’s CoverGirl promo was pretty hilarious–I say, turning to the camera with my CoverGirl shadow palette, “This color really pops on you”–but whew, this is something else. It turns out that Greg Berlanti, Riverdale’s producer, directed Love, Simon. So that’s why everyone in town goes to the movie and we watch a clip from it and then Cheryl later recounts another scene to Toni.

That’s right, they ended up sitting together. And then they go to Pop’s together, where Cheryl tells Toni that it’s not true, that she was loved once. Toni, having heard the story of Cheryl’s family, assumes she’s talking about Jason, but no, she’s talking about a “Heather,” whom she knew in junior high. Their relationship was over when Penelope found out. This conversation, by the way, ends with their holding hands, so Choni shippers, I hear you, too. 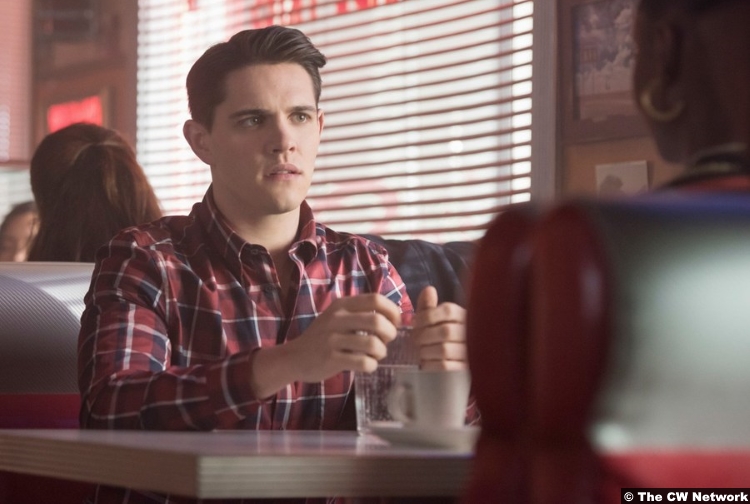 But Riverdale’s romantic issues are not over. Poor Kevin. As if the Moose and Midge thing wasn’t enough, Josie tells him about his father and her mother. She feels bad about it, though–it’s not Kevin’s fault–so they sit together at LOVE, SIMON IN THEATERS MARCH 16TH and share “Senior Mints” that they better have bought with an American Excess card. (I love you so much, Riverdale.)

Then they invite their respective parents to Pop’s for a family summit. It’s a sweet ending for them and for the town, but you know nothing gold can stay in Riverdale. For one thing, at some point, Sheriff Keller’s wife is going to come home.

8/10 – I was initially going to rate this lower, because all the cabin shenanigans got on my nerves, honestly. I felt like we spent too much time there, when the more interesting stuff back home was kinda given short shrift. It is that interesting stuff back home, though, that raised the grade. More Choni, more Kevin and Josie being friends, more anything outside Lodge Industries, please.

*Why isn’t this the title of the episode?