After a visit from the FBI (lol, okay) and a dive into the super-interesting topic of school redistricting last week, Riverdale returns to topics a bit more stimulating, like native land rights and internet sex work. I love this teen soap.

First of all, put your saddle shoes on or whatever, because it’s time for Pickens Day, the annual celebration of Riverdale’s founder. Unsurprisingly, the Lodges want to coopt the event as an advertisement for SoDale, their new development. We find out about this at a meeting at the Andrews’s house, where Fred, Mayor McCoy, Sheriff Keller, and Veronica are in attendance.

Agent Adams (John Behlmann) wants to know why Archie wasn’t there. Uh, because he’s a high school student and you really shouldn’t be talking to him without his parents’ permission, a thing a real Fed would know? 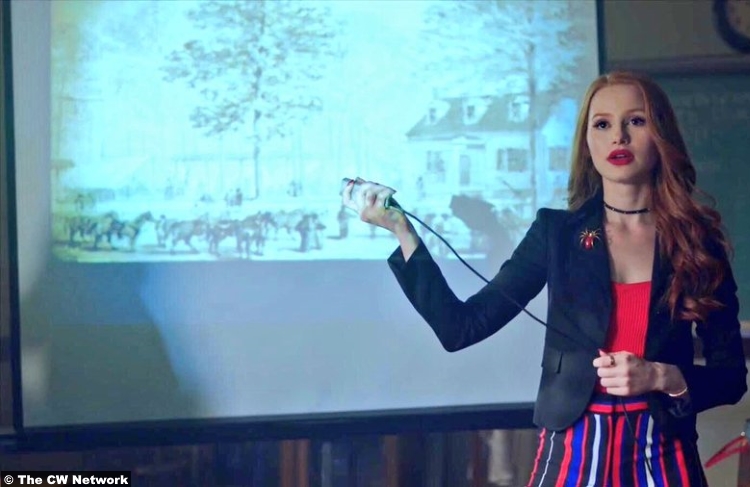 Meanwhile, not everyone is thrilled about Pickens Day in general. Like Cheryl. She thinks credit should go to her ancestor, as he funded General Pickens’s whole thing.

That whole thing, by the way, was a massacre. As it turns out, Barnabas Blossom hired Pickens for a very specific purpose. Jughead learns by talking to Toni’s grandpa, Thomas (Graham Greene), the oldest living Serpent, that the area was home to the Uktena. That is, until General Pickens and his troops killed 400 of them in a mere 12 minutes. I could say something quippy or cute about that–ain’t that America, amirite–but the fact is, that kind of thing is part of my history, too. And I’ve never found it all that funny.

But the thing is, it’s our history and part of our stories to tell. It belongs to no one else. So on that note, first of all, they shouldn’t have used the word “uktena.” I know it probably seemed cool because it’s a serpent reference, but it’s associated with a real tribe, so no. Overruled. Second of all, it’s an extreme Bad Look when Juggy appropriates the history for an article that’s supposedly an expose of Pickens Day, but is really an attack on the North Side. Toni, for one thing, is furious that her family’s story is lifted and that her grandfather is portrayed as some kind of pitiful victim. Her anger is understandable, because despite the tragedies in the past, natives aren’t “broken.” Darlin’, we weren’t saved to run.

It’s interesting to see this nod toward indigeneity because the show’s star is half-native. That has nothing directly to do with the plot, but I do wonder if it had some influence. And speaking of him, Archie’s trying out for the wrestling team in a bid to bond with Hiram (at Agent Adams’s request). Apparently, Hiram used to be a star in the sport in high school. 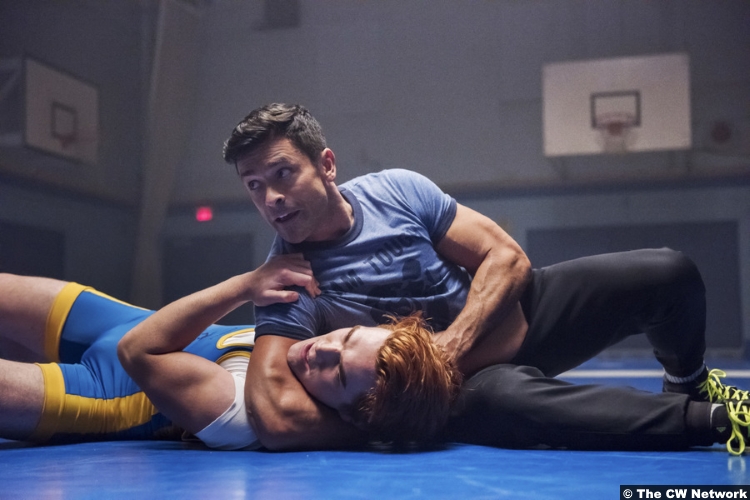 The friction between Hiram and Archie finally culminates in an early morning run, an unappetizing breakfast (egg white omelets? gross–eat the whole egg), and a talk in which Hiram tells him that he’s just planning to ride this whole Varchie thing out until it inevitably ends.

Why is he so against Archie? Well, Hiram makes some vague noises about the son being culpable for the sins of the father, but really I think that Hiram just wants to maintain complete control.

So he must be furious when the Serpents stage a protest at the Pickens Day celebrations. I, on the other hand, love it! Even more so when Cheryl joins in.

Meanwhile, in this week’s B plot, we’re supposed to be shocked, I think, that Chic is a camboy. Like the literal episode description says, “Betty unearths dark secrets about her brother.”I don’t get it. He told Alice and Betty at the hostel that he did “fantasy fulfillment” for clients. What, were we supposed to think he was playing Dungeons and Dragons with people?

He tells Betty that he does it partly as an escape from the darkness within him, the same darkness they both share. Betty’s looking on so eagerly that I’m wondering if she’s going to start cammi–welp, saw the preview for next week and she’s in front of her laptop and wearing her Dark Betty wig. This is not a good idea. Hi! Hello? Betty’s a minor. 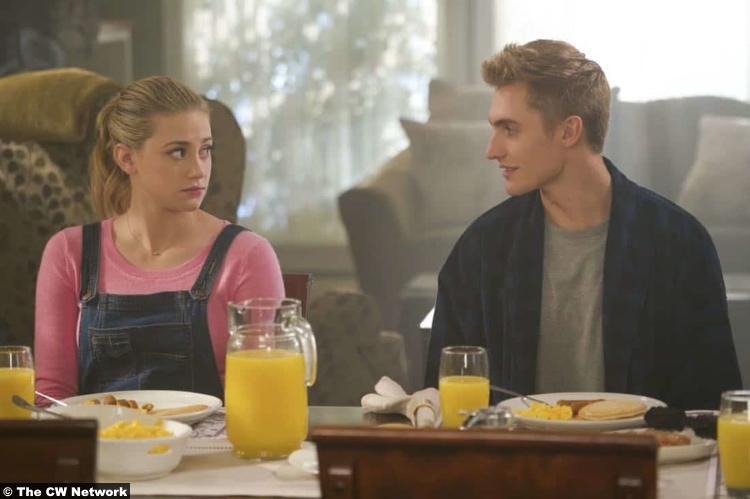 And yet, despite that, it may be weird, but I find that I’m less suspicious of Chic and his motives than I am of say, Agent Adams or Hiram. Or closer to home, Hal. He’s acting so squirrelly about Chic, so aggressive and hostile, that I almost wonder if Chic’s not his son.

That, like Polly’s almost certain involvement with a cult, is not something we touch this week. Instead, Archie and Hiram come to a tentative truce in Hiram’s office, where he’s lit and shot to look like the Godfather. And speaking of fathers, it seems founding father General Pickens has been decapitated. Or at least his statue has. Head taken clean off. I’ll bet it was those naughty Serpents. (It was definitely the Lodges.)

9/10 – While it is always fun when the show goes bonkers, injecting real world issues helps keep everything grounded. Down here where we run our maple syrup empires. I still find the whole Lodge Industries plotline as unpalatable as an egg white omelet, but I am kinda interested to see how exactly they plan to screw everyone with the SoDale development.