Riverdale S02E01 Review: A Kiss Before Dying – It’s just fun to have it back!

As the season premiere of Riverdale opened with Archie driving Fred to the hospital, I could think only one thing: I’ve missed you, you beautiful dumdum.

And then they ruined my fun by making it not that stupid of an act! It turns out that Archie did call an ambulance, but one never came. Uh, that seems like a big problem, too, but we’ll have to throw that on the backburner. 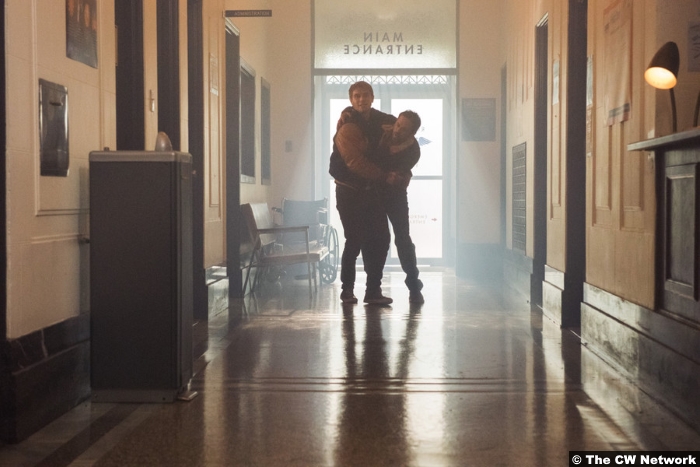 At the hospital, Fred is stabilized, but still unconscious. And because he’s seriously injured, not much happens this week. I mean, that’s kind of the point, though. It would be weird if Fred were lying on the edge of life and death while other characters were squabbling about who’s going with whom to the Maple Syrup Dance. (Please let there be a Maple Syrup Dance.)

But life does go on, even in Fred’s dreams. He lays in the hospital dreaming about all the things he’ll miss–Archie’s graduation, Archie’s wedding–if he goes to that white light. 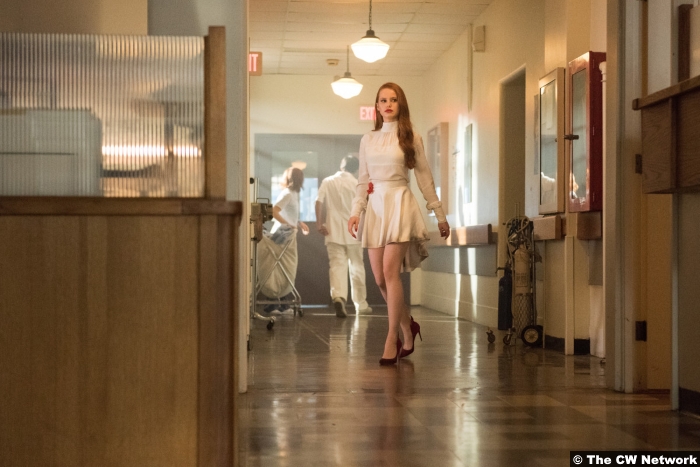 Inside and outside the hospital, the hours continue to pass. Cheryl, now with a story about the “accidental” fire at Thornhill, brings her injured mother in. (Penelope apparently went inside the house to get a photo. Sure, Ma.) Veronica accompanies Archie home, so they can get Fred a change of clothes and Archie can wash off his father’s blood. After not finding Fred’s wallet in his effects, Betty and Jughead return to Pop’s. The wallet’s not there, but Pop is, and his story about what happened is disturbing. The shooter, clad in a homemade mask, wasn’t there to rob Pop. He didn’t take anything. He didn’t shoot Pop or Archie.

Finding out that Fred might have been targeted might make your thoughts drift in a southern direction, like to the Southside. At the end of last season, the Southside Serpents visited their leader’s son, one Jughead Jones, to let him know they were there for him. Betty tries to talk him out of association with them, but ultimately, lets him know she’ll support him either way. Jughead, for his part, is thinking of the Serpents as Seamless or Lyft–just a convenient service he can use whenever he needs to. He’s quickly disabused of that notion, though, when he comes home to find them with a rando bleeding on his trailer floor. Apparently the guy was bragging about being the one responsible for shooting Fred, but after some vigorous questioning from the Serpents, admitted he made it up. That’s great, but he’s still bleeding. Can we get him a napkin or somethi–

Oh, back to the show. Nearly everyone in the cast visits the hospital to pay their respects to Fred, which while sweet, is also a genius example of the patented CW-show-gets-everyone-together-weekly-for-some-reason plot point. Veronica chooses, while in the hospital chapel with her mom, to needle her about her possible involvement with the shooting. Hermione is not having it, fyi. 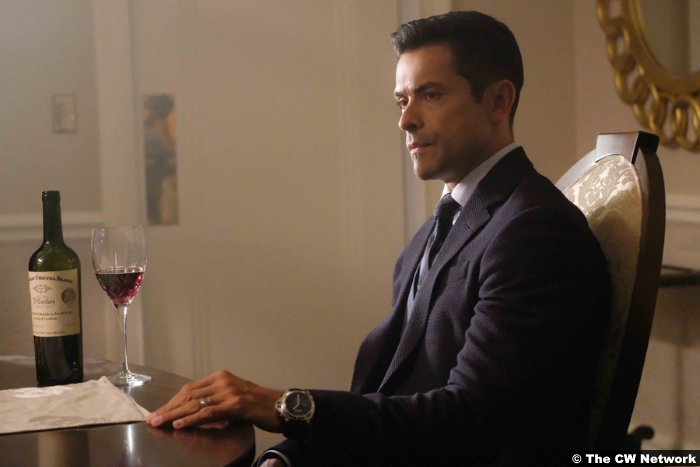 Veronica’s home life is strained enough, as it is, but then comes the homecoming of Hiram Lodge (Mark Consuelos). He’s shot in shadow, chastising his daughter for not being home for him to surprise her. So he’s upset because she didn’t read his mind? So he’s a jerk, in case the previous season didn’t make that clear. Hermione takes the opportunity right then to mention that Veronica opened the Cristal she was saving for Hiram. I have to take the opportunity to mention how creepy that is. It’s like she trying to score points with her husband at the expense of their child. Gross.

So while life does go on, so does Fred’s. Unrealistically quickly, actually. He wakes up, which is fine and good, and then he’s back home like, that day. Also home, Mrs. Andrews and a hyper-alert Archie, perched in the hallway with a baseball bat.

As for that mysterious shooter with mysterious motives, we have to go to Greendale [home of teenage witch Sabrina!] for his next move. And as soon as I saw the VW bug, I groaned. Not Grundy again. Boy, I tell y’all, I am SHOCKED that she’s started up a relationship with another teenage boy. We get that little reveal when they kiss goodbye after his music lesson. It turns out that that’s our titular kiss before dying, because the homemade hood–that’s what I’m calling him now–strangles Grundy to death.

So, two options here. One, it was always about Grundy, and the Homemade Hood went after Fred (and stole Fred’s wallet) to find her. Two, it’s about Archie and the HH is taking out people close to him. Or you know, trying to.

8/10 – I mentioned in my review of AHS: Cult this week that the world is wild. It still is–it’s been like, a day since I wrote that–but what a joy it is to have the bonkers world of Riverdale return to us. As I said, this wasn’t the busiest episode, but that’s fine. It’s just fun to have it back.