The Walking Dead S09E01: A New Beginning – A new era with a new focus

The Walking Dead has become one of the most divisive shows on television. From being the biggest show on the planet, full of twists, surprising deaths, and even more surprising pathos, the show devolved into a hodge-podge of misery, repetitive beats, paper-thin characterization, and so much bloody Negan. For two years The Walking Dead felt like it was in decline, losing millions of viewers in the process with some only staying to watch the show decompose in real time. Much of my own reviews of the last two years were spent deriding the show for repeating the same mistakes every week, even if I did come to enjoy tearing into Rick and co a little too much. But we don’t watch TV wanting it to be bad, and watching it ironically is just a waste of time when you could be watching something much better, it’s 2018, there are lots of choices. The end of season eight, which brought the end of the war against the Saviors, and the promise of a new direction for the show, felt like the show’s writers acknowledging that they had somehow turned AMC’s biggest success into a polished turd. A New Beginning, which is an apt title for more than the obvious reason, softly reboots the show now that the war is over. The real question at the center of all of this is does the show deserve another chance? 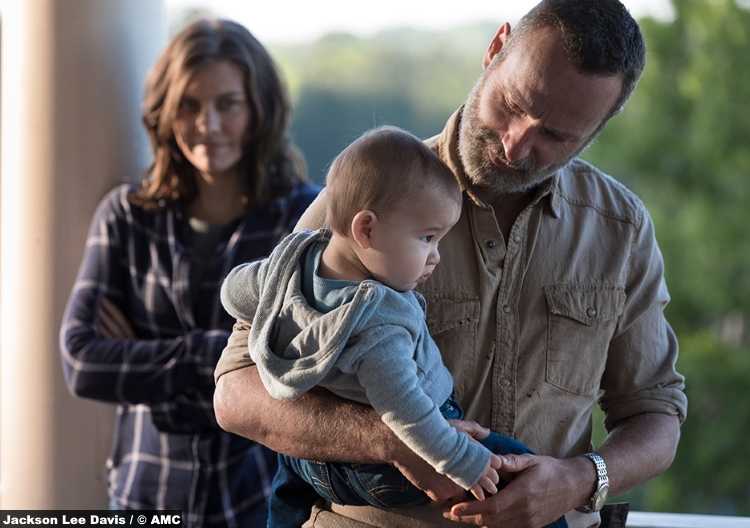 I’ve previously vented my extreme annoyance at extended episodes, especially when it comes to The Walking Dead, but A New Beginning has a lot of information to get through as it introduces us to the show’s new reality. As previously mentioned, the war is over, Alexandria has been rebuilt, Maggie is the elected leader of the Hilltop, the Kingdom is mentioned but not seen, and the Sanctuary remains a bone of contention. Negan’s reign of terror, silly over the top intimidating questions, and crab-like back leaning is over, though he is rotting in a cell somewhere in Alexandria. Rick, or the famous Rick Grimes as he is now known, has managed to cobble together a society in which all of the different societies are now working together. The first half of the episode shows us exactly how this works, with a combined effort from some old and new faces, and one obvious red-shirt. Rick and the gang visit a museum, which seems to be somewhere in Washington but please correct me if I’m wrong as my American geography skills are, well, Scottish.

The museum trip is interesting for a number of reasons, and the aim of this trip, as well as the consequences, make up the first half of the episode. First and foremost, the trip showcases the newfound unity as members of Alexandria, the Hilltop, Oceanside, The Kingdom, and former Saviors, band together to gather horse carts, old-fashioned plows, and seeds for growing crops. It’s a good sequence although Gabriel’s devolution of man scene was as devastatingly on the nose as the show usually is. Nice hat though. The meat of the sequence is the effective difficulty of getting the cart across the museum’s glass floor underneath which is a lot of Walkers. While it felt a little early to lose someone important, Ezekiel’s near-death experience was an effective set piece which had me focusing on the King’s actions afterwards in case he was hiding a bite.

Then the episode took a turn towards the familiar when the red-shirt, who was Ken and good with horses, succumbed to the plot-mandated death that we as viewers couldn’t give a crap about but deeply affected the characters. At this point I was worried that the show would devolve once again into the bad habits of the last few seasons, but Ken’s death was used cleverly throughout the rest of the episode as a catalyst of the new era starting to show cracks in the second half of the episode. 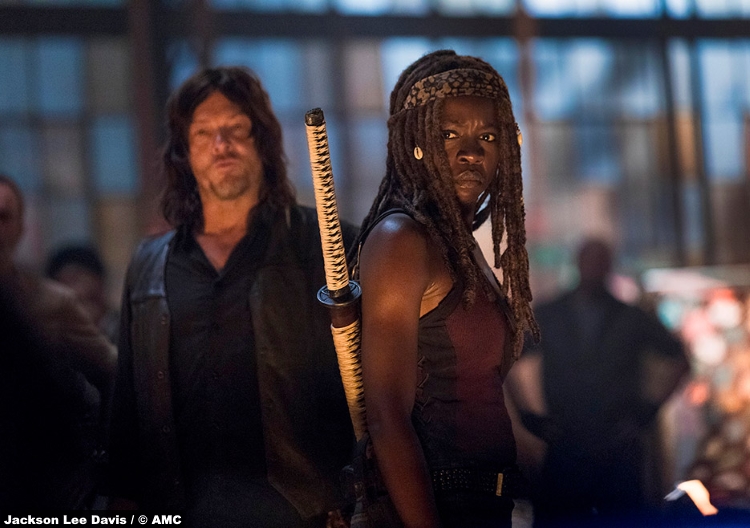 The tease of Maggie and Daryl’s mutinous intentions against Rick at the end of season eight were pleasingly a lot less insidious as first thought. Daryl has been running things at the Sanctuary and has a front row seat to see that the new regime isn’t going as smoothly as Rick thinks. Even better was Maggie as the official leader of the Hilltop. I realize that Lauren Cohan and Andrew Lincoln will be leaving this season, but A New Beginning puts both Maggie and Rick in understandable opposition. Maggie, who is blamed for Ken’s death by his distraught parents, is the target of Gregory’s manipulations as he pours poison, and whisky, into Ken’s father who tries to kill her. Surviving, no thanks to Enid, Maggie easily dispatches a now desperate Gregory and lays down the law in the only way left to her. 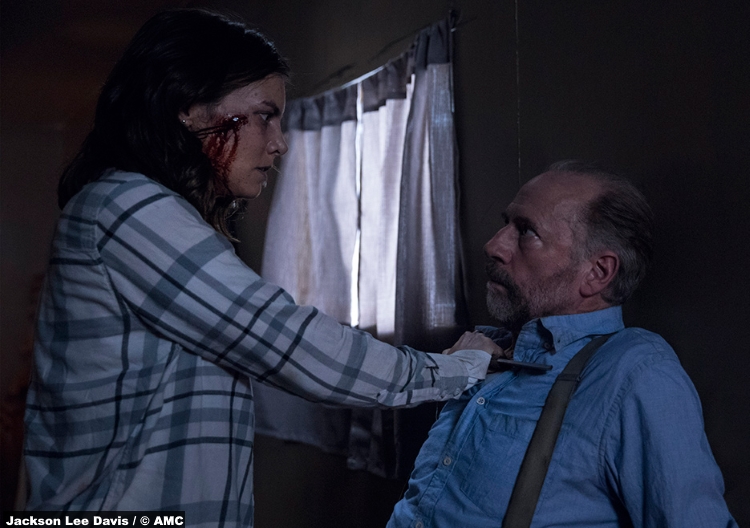 The most intriguing part of Maggie’s decision to hang Gregory, who bloody deserves it, is that Ken’s parents don’t meet the same fate. This is a tougher Maggie, one who is done bowing to Rick and isn’t one to mince words about her feelings towards the former Saviors. The best part of all of this is that everyone is acting in a way that is logical to their character, something that has been missing from the show for longer than I want to remember. Much of this is down to new showrunner Angela Kang, who was responsible for some of the stronger episodes of the show’s creative slump. 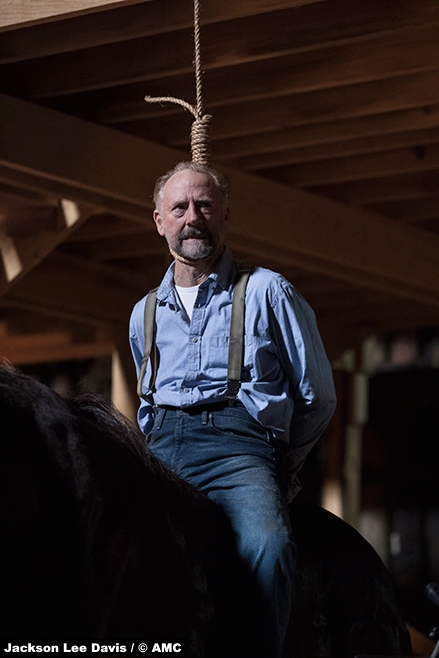 9/10 – A New Beginning is a promising start as the show seems to be getting back to the human drama that it excelled at. War was dull, but real division between well written and well-acted characters is what makes good TV. Here’s hoping The Walking Dead can take up that mantle once again.