The Walking Dead S08E16: Wrath – A special kind of stupid.

The Walking Dead is a special kind of stupid. This is nothing new for a show that still had Andrea f**cking up constantly in its stronger seasons. Wrath is a particularly stupid episode, with plot contrivances and nothing about the end of this particular story feeling earned at all. There is an upside: at least this Savior business, which has taken the best part of three seasons of story, is finally over and the future of the show is one of hope going into its ninth season. There’s just the small matter of one more hour of this nonsense to get there. 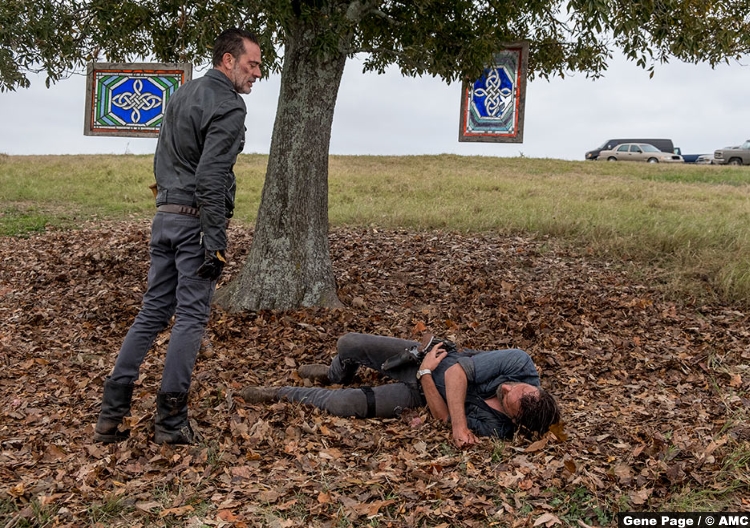 In essence, Wrath is Rick vs Negan, the Saviors vs everyone else, and I wasn’t expecting much from a show that made a sustained day-long attack earlier this year feel like doing my taxes under water. Although the show did surprise me, not in a great way but more in a “well that’s dumb, but it’s nearly over” kind of way. Rick defeated Negan, Eugene betrayed Negan, and Dwight got to live, so Negan had a truly terrible day. It’s the manner of this defeat that feels empty, but first I want to address the rapid by the minute mood swings of our lead, Rick Grimes. For those of you not paying attention to yet another speech here is Rick’s victory promise to his former enemies:

Negan’s alive, but his way of doing things is over. And anyone who can’t live with that will pay the price, I promise you that. And any person who would live in peace and fairness, who would find common ground, this world is yours, by right! We are life! That’s death. And it’s coming for us, unless we stand together. Go home, and then the work begins. The new world begins. All of this—this is just what was. There’s gotta be something after.

That’s cool Rick, and it’s lucky that the biggest herd of zombies we’ve ever seen was there as a visual aid to this uncomfortable presentation. Negan is indeed alive, but it was a close one. Wrath tried its best to make Carl a Christ-like (sorry Jesus, I’ll get to you in a minute) figure of peace reached by his dying example to both Rick and Negan. The problems here are many and equally ridiculous. It’s hard to buy Rick’s change of heart when he’s spent these last eight episodes as being crazy and ruthless enough that Morgan pulls him up for it. What’s even worse is that Morgan pulls Rick up mere seconds after he nearly kills Henry, though if he did I would give this episode at least 8/10. I don’t hate kids, but I sure do hate kids in The Walking Dead. 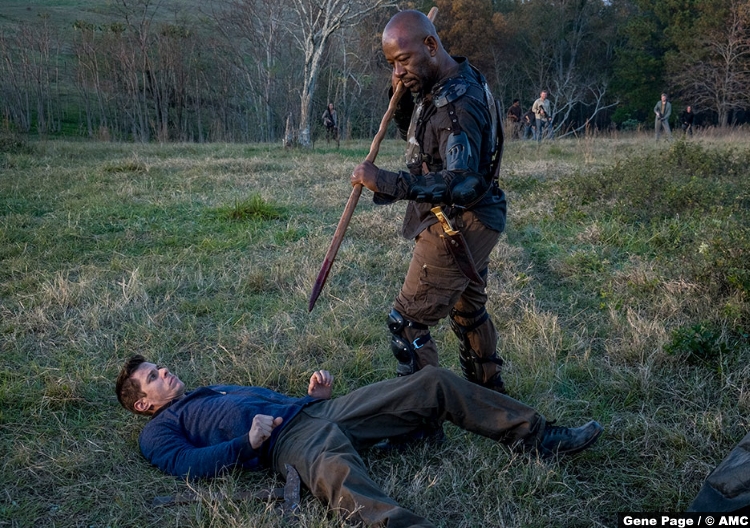 Furthermore, on Rick’s ride on the crazy train, his decision to spare Negan comes about two seconds after he has used his dead son’s dreams of peace as a way to get the drop on Negan in order to slit his throat. Now that is a Rick that I can get on board with, mainly because it looked as if the show had finally committed to a solid direction for Rick as a character. Alas no, the usual happened, and Rick continues to swing back and forth from noble leader to insane vigilante. Speaking of Carl, why does Negan care so much about Carl’s dying wish? I could understand if he and Carl shared some screen time that didn’t involve threatening to kill the boy or dismembering him as a lesson to his dad. This hesitation from Negan would make a lot more sense if the show cut some of the filler that keeps this story barely ticking along for more than an episode of the two sharing some common ground. Sure, Negan thought Carl was a tough son of a Laurie, but that doesn’t clearly lead to his defeat at the hands of Rick. 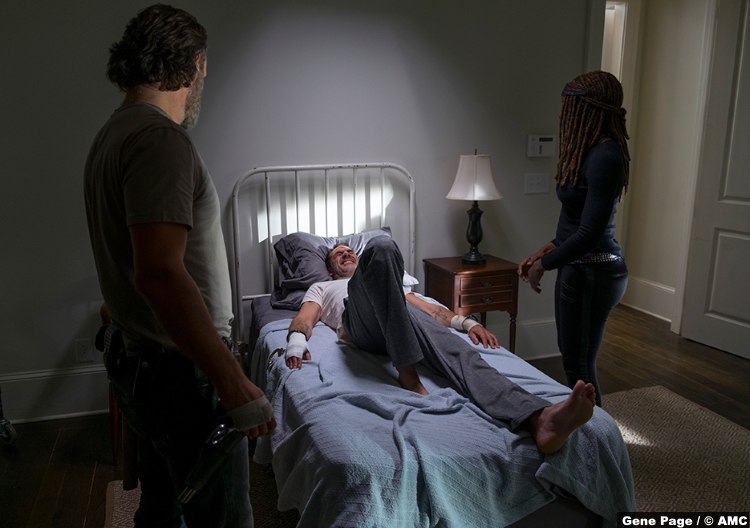 Enough of these two fearless “leaders”, let’s look at how Rick won the day. I’ll be honest, I really wanted Eugene to have been aligned with Negan, but it turns out that Negan’s judge of character is as terrible as ever. Eugene was the ace in the hole as the bullets he made for the Saviors led to their guns exploding and injuring and killing nearly every one of them. It’s really lucky that they all decide to fire at the same time.

What about the winners? Maggie is understandably pissed at Rick’s decision to spare Negan, leading to her planning a little mutiny with Daryl and Jesus to take place at a later date. Maggie’s motivations here are clear and well seeded, Daryl and Jesus are a mystery. Daryl less so as Negan did keep him prisoner, but he let Dwight go. Jesus is a complete mystery as he has spent this entire season preaching peace. He even put this into action by telling Morgan that he’s been using his stick wrong this whole time, and there is the small matter of him being right about sparing the captured Saviors lives. This makes no sense at all. From no sense to no impact. Oceanside, as many fans guessed, came in at the eleventh hour to help against the Saviors. Personally, I thought they would be part of the big fight, but all they did was torch a few people outside the Hilltop. Seriously, Aaron nearly died for this. 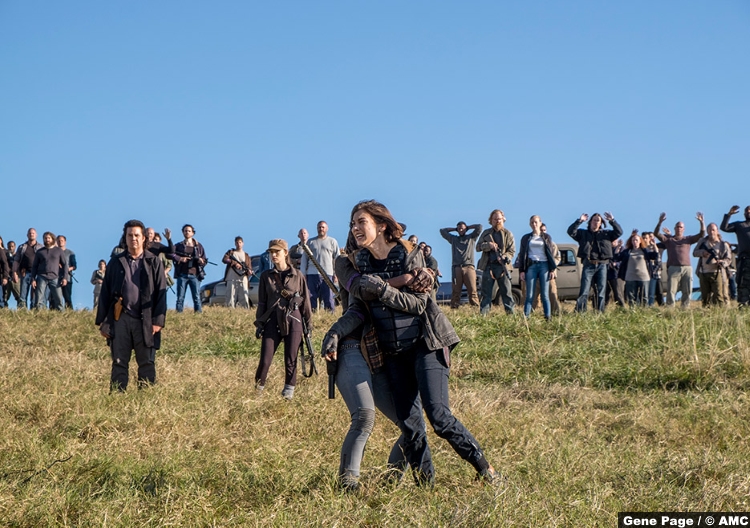 4/10 – Wrath is an awful end to a truly awful period in The Walking Dead’s run. It’s reductively stupid and absolutely no fun to watch. Thank goodness it’s over, as is Scott Gimple’s tenure as showrunner. The Walking Dead may not be in a great state but there’s gotta be something after.