The Walking Dead S08E11: Dead or Alive Or – God has a sick sense of humour in an otherwise flat episode

For a minute there The Walking Dead had me fooled. I genuinely thought that Gabriel’s God bullshit was being played straight, that his faith was getting rewarded because he was delusional enough to believe in God’s power after all the terrible things that have happened to him. It’s not because I don’t believe in God that I’m happy about this; I don’t believe in zombies either, but I can suspend that disbelief. My problem before this reveal is that “God’s plan” narratives are usually just an excuse for lazy writing, and Dead or Alive has enough of that as it is.

After the surprising quality of the first two episodes since the mid-season return, Dead or Alive sinks back into the swamp of boring stories, as well as an actual swamp. Rick and Michonne get a break as we catch up with the fleeing Alexandrians, Gabriel, and their separate quests to the Hilltop. We also catch up with the Hilltop residents themselves, as Maggie deals with the consequences of standing up to Negan once again. To say that The Walking Dead is going around in circles once again would be the biggest understatement. 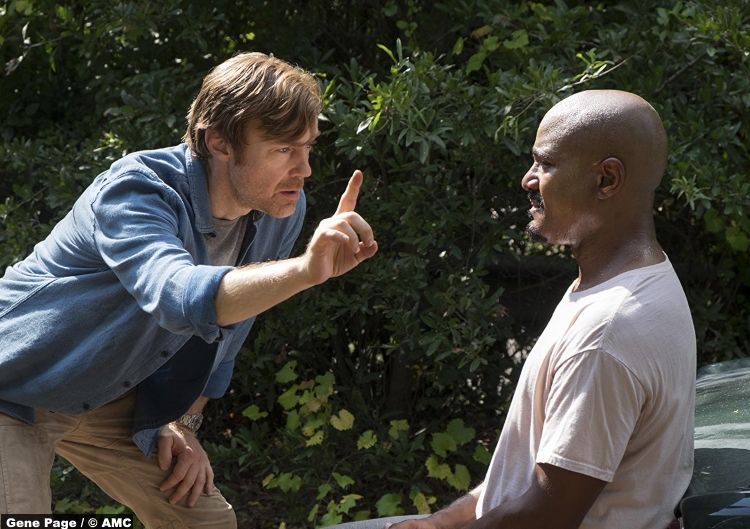 At least Gabriel and the Doc’s plot is interesting when taken as a whole. Despite shouting at the screen many times about how stupid I found Gabriel’s behaviour (not a first, as regular readers will know) I decided to treat this plot as if it were a comedy for which I was quickly rewarded. I don’t blame Gabriel for his positive attitude and unshakable sense that God’s plan for him is of a positive nature. After all, he escaped the Sanctuary despite being incredibly sick and his quest to bring a doctor to the pregnant Maggie was at least pure of heart. I can also forgive his blatant disregard for the any setbacks he and the doctor endure because he’s most likely running a high fever. 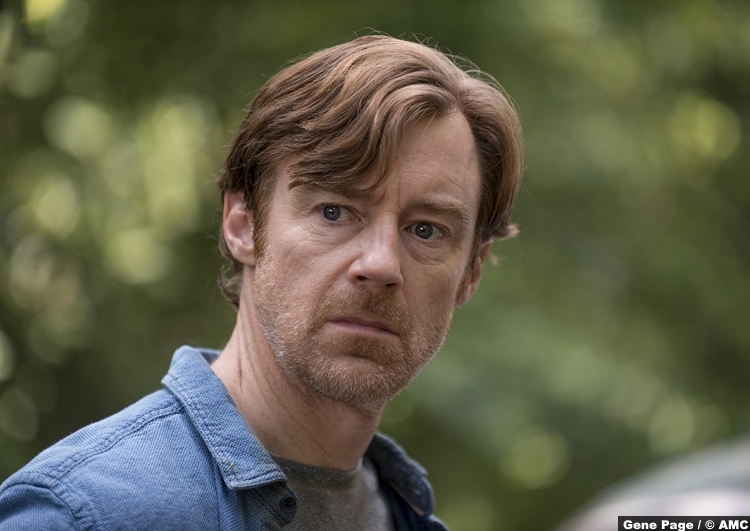 Let’s look at what happens to Gabriel and the doctor objectively. After their car breaks down they find a house with a broken radio and the undead body of suicide victim in the bedroom. A bad start for sure. Then they discover that the victim has anti-biotics and possibly a working car. This is the only really positive thing that happens to them. The doctor is then caught in a bear-trap, fighting off Walkers while Gabriel, who I should mention is nearly blind at this point, manages to shoot one of the Walkers. Literally blind luck, or divine intervention, but it’s this shot that alerts the Saviours to their position. At this point the doctor, who is starting to believe Gabriel, grabs for one of the Saviour’s gun and gets killed as a result. I’m not proud of it but I laughed my head off when this happened. As Gabriel was driven away, faintly repeating the word no, I realised that The Walking Dead had brilliantly tricked me. Poor Gabriel, although he is arguably right where God wants him to be: back alongside Eugene. 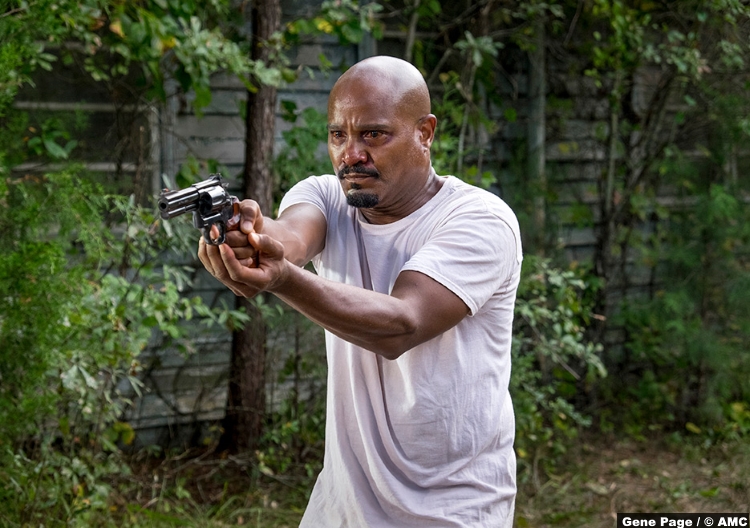 Gabriel’s plot was a genuinely inventive story, that hoodwinked me to the very end. While I’ll always have problems with the character, I still find his positivity to be the reactions of a madman, the show never misses an opportunity to take him down a peg. I’m still not clear on his true purpose, but then again neither is he.

The rest of the episode was much more in line with what The Walking Dead has become in the ast few seasons: boring, repetitive, and a platform for Jeffrey Dean Morgan to eat the damn scenery whole. It’s true that we had to see if the remaining Alexandrians made it to the Hilltop, but it was a plot completely devoid of any drama. Daryl and Rosita are such static characters at this point that they suck all the energy out of the scene. Tara at least has an understandable motivation for wanting Dwight dead, as he killed her girlfriend, but it is pretty rich when Daryl takes her to task for seemingly endangering the group when its his fault the Saviours escaped from the Sanctuary in the first place. Despite the small affection I have for Dwight: he may be one of the last purely interesting characters the show has left, if Tara killed him I would have been genuinely surprised. It would have been a mistake on Tara’s part, but it’s a much more understandable mistake than Daryl’s. 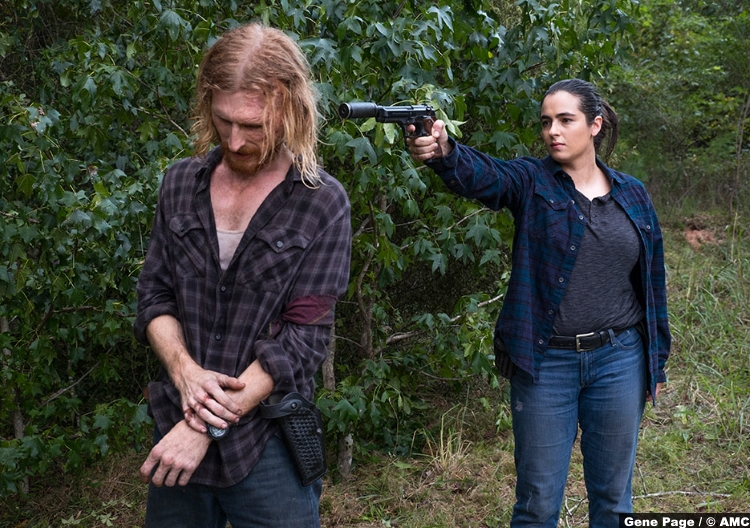 Lastly, let’s talk about action. Even when the Walking Dead is in the doldrums plot-wise, there is still a scene or two of action that reminds us how tense the show used to be. Dead or Alive’s swamp attack was about as exciting as Eugene’s dinner menu. It’s an old complaint but the fact that the characters that took part in clearing the swamp have such obvious plot armour takes the sting out of any dramatic tension a scene like this would have had in previous seasons. Perhaps the worst part of the episode is how the show has retconned how people can get infected. Negan’s demonstration highlighted how desperate the writers are to reinvigorate the sense of danger that the Walkers haven’t had for years. Thanks to the ridiculous reveal that zombie guts are what was slowly killing Gabriel, the writers have leaned in on this as a potential weapon for the Saviours. Even for The Walking Dead that’s weak. 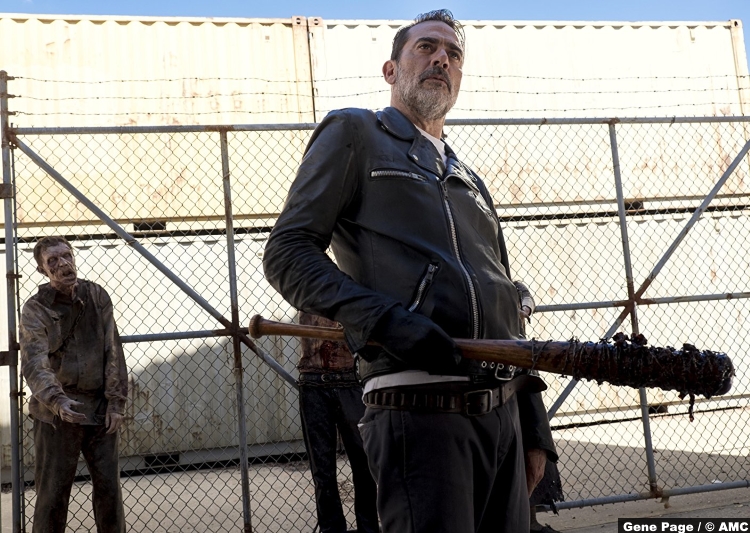 5/10 – If Gabriel isn’t careful, he might not be my least favourite character anymore. What with his talks with Negan, and God letting him down, he might be the only character left with the power to surprise us.