The Walking Dead S08E10: The Lost and the Plunderers – Rick and co get used to the new reality with mixed results

Season eight of The Walking Dead really overuses narrative tricks in an effort to make a straightforward story more compelling, at least that’s the theory. The various timelines, montages of close-ups of faces (my least favourite), and now the labelling of each of The Lost and the Plunderers with the name of the character in question. Of all the tricks this annoys me the least, mainly because the episode has already made the task of reviewing it easier, thanks show. So, as the episode wants me to, let’s look at each character and how their story impacts the episode. 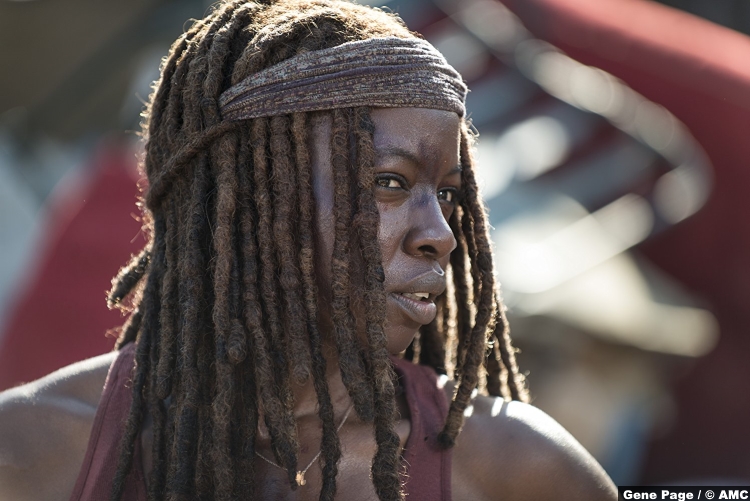 We begin with Michonne in Walker-killing grief mode. Danai Gurira has been underserved in the past few seasons, mostly she is defined by her relationships with the Grimes family, so it was nice to see her get material that didn’t make her character look stupid for once. With Carl dead it’s an obvious move for the show to concentrate on Rick’s grief, but he meant as much to Michonne too, both as best friend and surrogate mother. She and Rick gathering the last supplies from a burned down Alexandria is an arresting image, as is Rick’s refusal to leave Carl’s gun by his grave: symbolising that he isn’t finished with the war despite Carl’s wishes.

Negan’s first appearance of this half-season is actually a laugh riot, if you’re on Simon’s side. Part of the reason Negan rarely convinces as a major villain is that the show never tries to back up his claims of great leadership. Ever since he pulverised Glenn and Abraham’s noggins, Negan has made just as many silly mistakes as he accuses Rick of making at the end of the episode. Think about his track record: thought he could break Daryll, wrong, thought he could keep control of Rick, wrong, ditto the Hilltop and the Kingdom, he may have a cool baseball bat, but he is batting zero.

Simon knows this, and he feels that Negan’s campaign of intimidation is more like a damp squib. He’s 100% correct on that score as Maggie’s parcel containing a dead Saviour and a message of defiance proves his point. Tell me this though: why does the box have airholes? 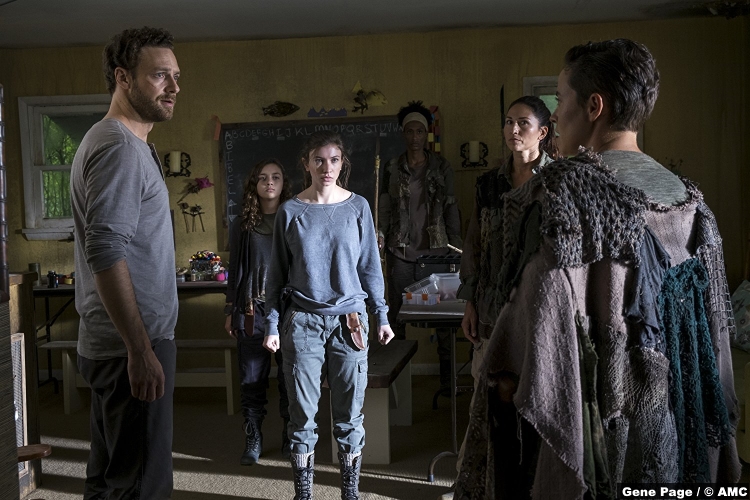 Did anyone completely forget about Aaron and Enid? Was it just me? Any plot that has Enid front and centre is usually going to be terrible, and the same goes here. After killing Grandma, Enid manages to talk her and Aaron out of a death sentence by referring to the cycle of violence. This is all well and good, but Grandma wasn’t that trigger happy. Enid had time to destabilise the situation. See, it’s all coming back to me now, like an awful sinus headache. Wait until she hears that her co-lead in the worst YA drama lost his plot armour, that should be nothing. Also, ending this story with Aaron casualty crouching behind a tree was hilarious. 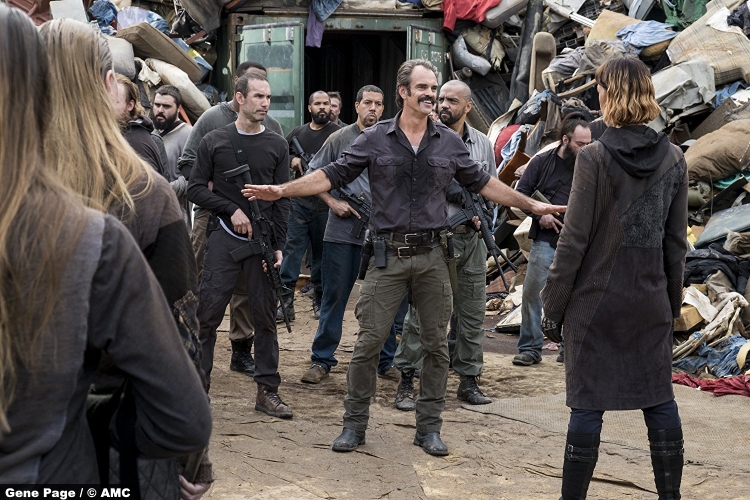 Perhaps the most interesting non-Carl related story of the episode, Simon makes himself a Walking Dead legend by getting rid of the Scavengers. As well as pointing out that Negan’s approach doesn’t work, Simon makes the bold move of going against his orders and massacres the Scavengers because Jaydis’ apology wasn’t remorseful enough. It’s a bold move, which further cements the growing discontent in the Saviours ranks. Simon has always convinced me as a villain more than Negan, and the possibility of these two at loggerheads is an intriguing one.

The Scavengers were a complete dead end of a plot. Purely functional, they were only there to look weird and betray whoever they made a deal with last. Both Rick and Negan have been burned by Jaydis and co, and the show never really made an effort to explore this group and how they came to be. We still don’t know why they talked like that, although Jaydis’ explanation of why their settlement was the dump makes me think it was an art project gone too far. The death of her people was a shocking, and very pleasing, development. It clears some of the season’s dead weight, pulverising it into a bloody pile of slop, and provides some of the show’s goriest visuals in some time. Plus, Rick’s car door shield was fantastic.

It’s Rick’s fault Carl is dead. Perhaps not all his fault, Carl still got bitten in what is a very ordinary death for such an important character (which is the whole point), but Rick drove Sadiq away earlier in the day because he thought he was either a threat or a nuisance. Rick will have the hardest time coming to terms with his son’s death, because he is in a very war-like frame of mind. Despite his promises to his dying son, and Negan’s spot-on reprisal of his guilt, Rick can’t break the cycle just yet. This may be repetitive for the show, but it makes the most sense for the character. Rick may come to Carl’s way of thinking eventually, but if he just changed his mind that would have rung false for his character. That change is coming though, as shown by his attempt at rationalising his decision not to save Jaydis. The Rick of just yesterday wouldn’t have cared about such distinctions. 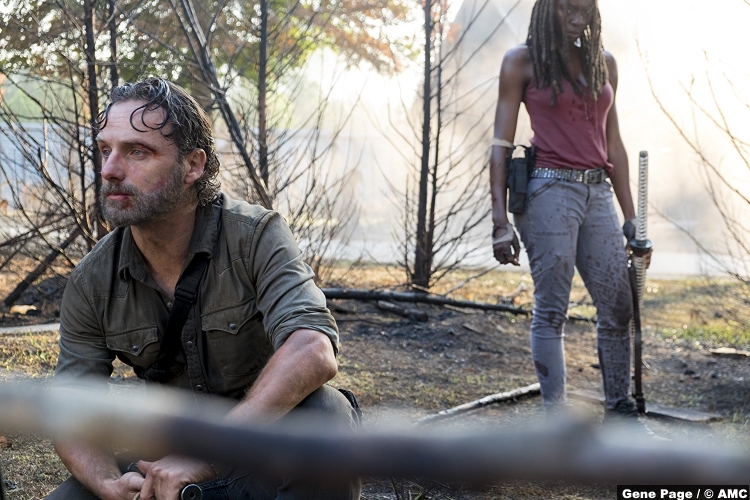 6/10 – A predictable drop off from last week, which was to be expected, but The Walking Dead still has my attention and my hope that it can use Carl’s death to get back on track.