Saying that The Walking Dead is a show about grief is almost as obvious as saying that it’s about zombies. Nearly eight seasons in and every major character has lost someone important to them, either before or after the world ended. Having an episode that focuses on the trauma that these experiences bring isn’t new for The Walking Dead, you could argue that every episode that the show has ever done has this theme, but Still Gotta Mean Something is the first time in a long while that the theme of loss has been relevant to every major character. This doesn’t make for particularly great television, and I don’t want to give The Walking Dead too much credit for acting like a competent TV show, but these thematic connections really help in making every character matter to the story.

That being said, I would have loved it if the whole episode was about Jadis holding Negan hostage. While I’m not a huge fan of Negan or Jadis and her departed trash community, Negan’s best moments have come when he’s bouncing off of the weirdest characters. With such a huge cast of characters, The Walking Dead very rarely tries to combine strange characters, even though it works quite well when they do. Look at Negan and Gabriel’s episode in the first half of season eight. Both characters are at the bottom of my rankings for the show but their unconventional chemistry made their confession plot the best part of that episode. So, while I was admittedly annoyed at Jadis’ interference in the last Rick/Negan beatdown, she’s a weird enough character to bounce off Negan really well. 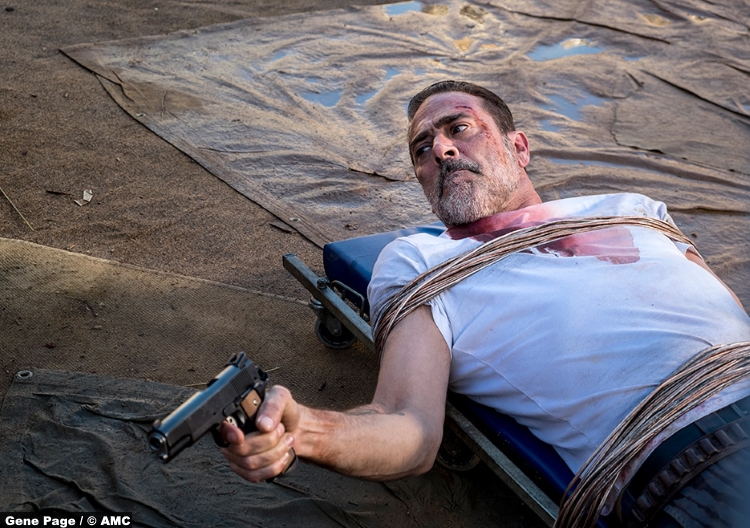 Which is almost true. Jadis and Negan’s scenes were ridiculous in terms of action, I’m still not entirely sure what Jadis’ plan was after burning Lucille, but the importance of her photographs (the only physical evidence of her loved ones she has left) bring out the human side of Negan. It’s actions like this that makes Negan such a frustrating character. As viewers, we have to sit through terrible lines about punching yourself in the d*ck, as well as terrible management skills, that when we finally get something resembling a character it makes me annoyed and relieved in equal measure. Negan has no reason to be merciful here to Jadis. He could easily have been lying in order for Jadis to spare Lucille and himself, but instead, he lets her live. He even goes as far as offering her an opportunity to work alongside him again. Either way, Jadis is still on the board.

Still Gotta Mean Something proves that the more we know about Negan the more watchable he becomes. During his pleading to Jadis we find out that Lucille the bat is named after Negan’s wife. This is the same wife that he cheated on and treated horribly, by his own account, but was also the person that got him through life before and after the world ended. While it’s not said outright, perhaps the loss of his wife is what sent Negan off the deep end. Losing his daughter is what sent the Governor the same way.

Grief is the lifeblood of The Walking Dead, an engine that runs the story as much as zombies, new settlements, and the next big bad. Still Gotta Mean Something shows that, in terms of doing terrible things, grief is a great leveler in this show. Jadis’ grief allowed Negan to empathize with her leading to mercy, and that’s from the show’s villain. On the side of good, things are the exact opposite. 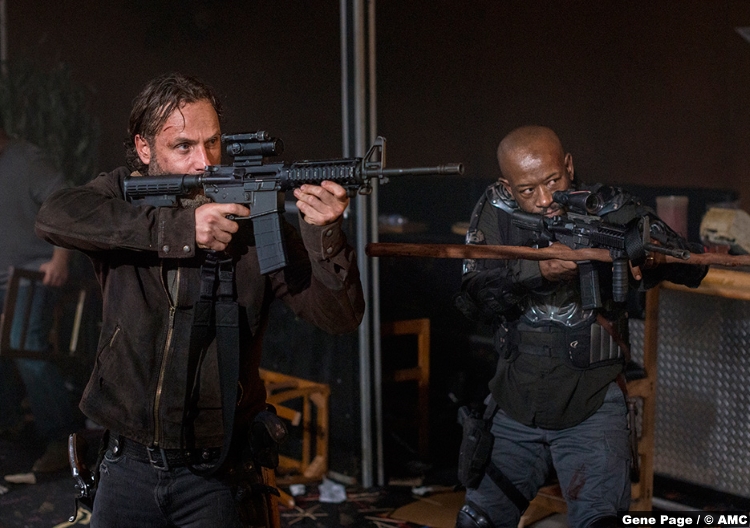 With the imprisoned Saviors on the run after another dimwitted child’s actions, Morgan and Rick go on a search and destroy mission. As they get captured Rick offers the Saviors safety at the Hilltop, even giving them his word that he will keep his promise. Morgan, on the other hand, makes no bones about wanting to slaughter every one of them. It turns out that Rick’s word doesn’t mean sh*t as he takes his anger at Carl’s death out on zombie and Savior alike. While this isn’t surprising, Rick is a more interesting character when he ejects his principles. While the show needs this to happen in order for a redemption arc that I’m assuming, begins when he finally reads Carl’s letter to him, this is still a repetitive arc for Rick. How many times have we seen him lose his sh*t and do terrible things?

The same goes for Morgan. He’s consistently one bad day from complete psychosis which stemmed from losing his own son. Without that responsibility and accountability, Morgan has completely lost his mind. It’s hard to see where exactly the show is going with Morgan since this story has already been done several times before. At least Lennie James is still extremely watchable. Also, Carol found Henry meaning he’s free to screw up royally in the future. Hooray for Carol, here’s another plot in which those pesky kids gravitate towards you who eventually die. 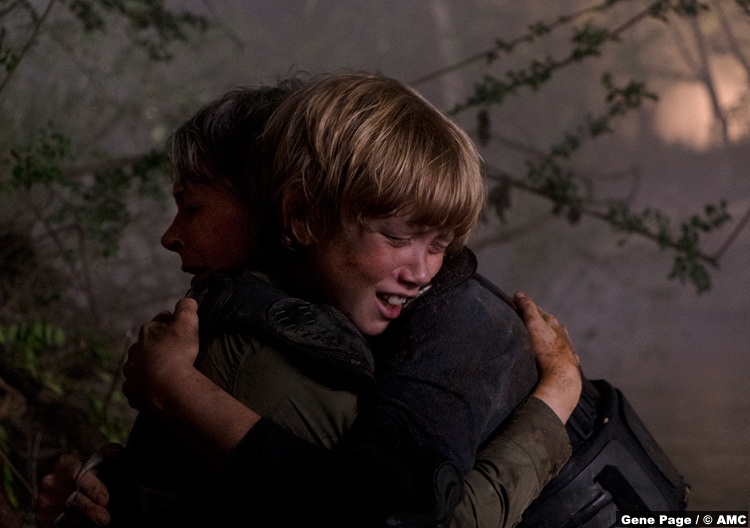 5/10 – Still Gotta Mean Something is a perfectly competent episode of The Walking Dead, but apart from Negan and Jadis, offers nothing new to hold on to. At its core, it’s another filler episode before the grand finale, dropping details here: Tara hasn’t turned and is all square with Dwight, and there: Negan picks up a mystery character, probably Dwight’s ex-wife (or maybe Laura?), as he returns to the Sanctuary.