The Walking Dead S08E15: Worth – Negan cleans house before going to war

Looking back over my reviews of The Walking Dead’s last two seasons one point stands out among the Gabriel-bashing and repetitive storytelling. That is competence, not with my writing, you get to decide that, but when I’m feeling positive towards the show it’s usually because of episodes that show a degree of competence. As you can probably tell, this is far from glowing praise but my standards in connection with The Walking Dead’s quality have been dropping since Negan sauntered out of that Winnebago. The Saviours storyline has hobbled the show just when things were starting to get good again; Glenn’s apparent immortality notwithstanding.

My relationship with The Walking Dead is one of sticking to a show that I once loved out of a sense of completeness. Like many fans that haven’t switched off, yet I’ve spent too long on this damn show to not find out how it’s going to end, if it ever does. Except a funny thing started happening as this half-season has progressed, and it’s something that has been threatening to happen for a while: the Saviours have become the best part of the show.

Now before you naysayers close the tab just hear me out. Amongst the seemingly endless societies that have been introduced in the last two years, the Saviours have felt like the most solid characters. The show has gone through many, many antagonists for Rick and his gang of plot-armored people yet the Saviours feel like the most fully realised of the lot. I know what you’re probably thinking, what about the Governor’s village of despair? It’s true that the Governor plot left a long shadow but that was mostly explored through Rick and the gang’s experiences with them, which is exactly how it should have been done. But the nature of the last seven episodes, with each side mostly regrouping with isolated bursts of violence that rarely go anywhere, we are the ones experiencing what life at the Sanctuary is really like.

The Sanctuary, and it’s increasing screen time, has been used as a shadow version of the Hilltop. Rick, Maggie, Michonne and the rest all have their own ideas about how they should fight, and in the case of Daryl they’ve all been stinkers, but they still have a strong sense of unity. Unity compared to the Saviours that is. Like the Hilltop the Saviours have a leader that is wildly inconsistent that is played by an actor who can’t quite keep a consistent grip on how he wants to play his role. The Walking Dead has succeeded in making Rick and Negan a compelling rivalry, but not in a way that benefits the show enough.

Which brings us to Simon, the most interesting villain since the head Terminus cannibal, and just like him is gone all too soon. As predictable as Simon’s death was always going to be, it was still great to have at least one character in the show actually paying attention to the sh*t-show that was Negan’s leadership skills. The Walking Dead isn’t great at creating lasting conflict within its central group of characters, at least not lately: you only have to think back to Rick and Daryll’s moronic fight for proof of that but sowing the seeds of dissent within the Sanctuary made for some entertaining padding towards the final showdown. 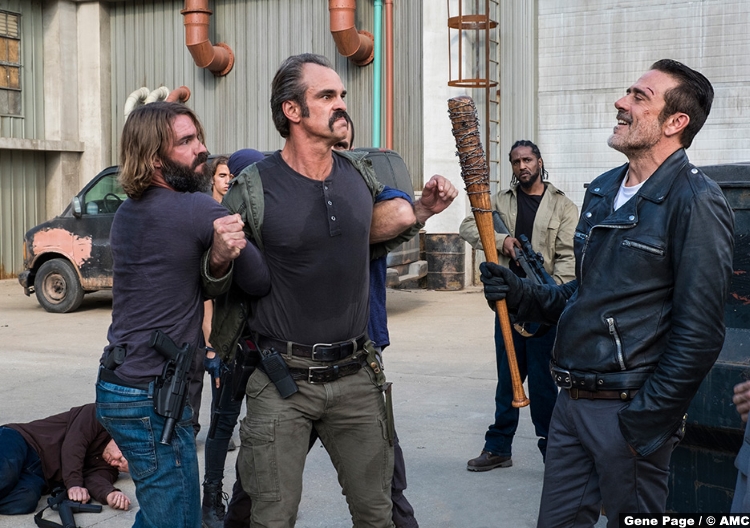 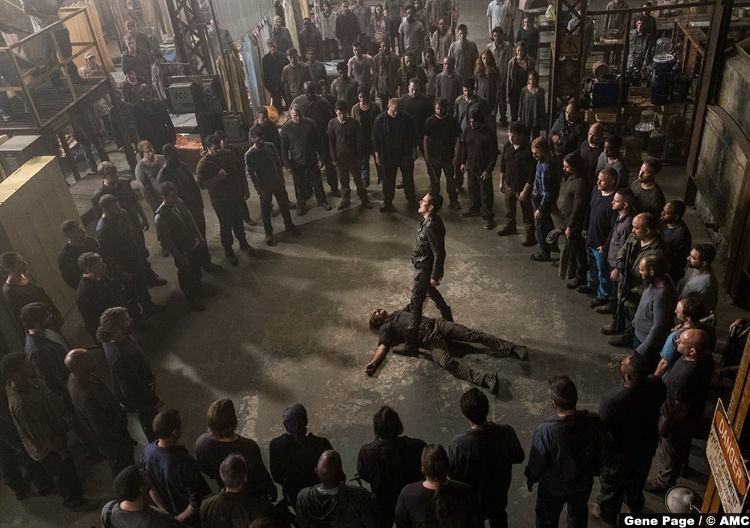 Simon is a great character, and Simon Ogg clearly had a blast playing the eloquent maniac but the obvious path to the finale made it obvious that he wouldn’t succeed. Still, it was worth it for Simon’s last bow which didn’t disappoint. He began the episode with another hilarious verbal beat-down of Gregory, put his life on the line when answering to the returning Negan, and continued to plan behind his back after the supposed stay of execution. His final scenes brought out the best in Negan too. Through Simon’s actions we got to see that Negan can be clever when dealing with these types of dangers. He could have killed Simon in the meeting, but he needed a public setting to reaffirm his place at the top of the food chain. The truly inspired bit is that in death Simon got exactly what he wanted: his actions have forced Negan’s hand to exterminate the Hilltop. What an assh*le. 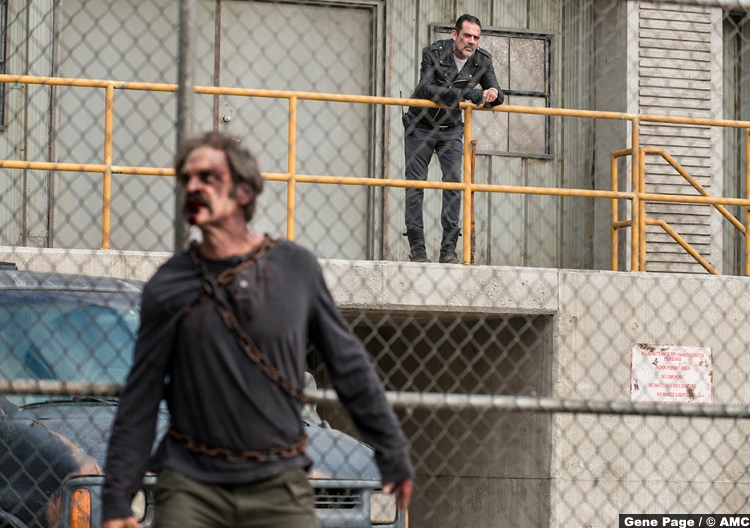 The rest of Worth wasn’t in the same league as Simon’s exit. Though it was fun watching the different slimy ways the likes of Gregory, Dwight, and Eugene stoop to in order to survive much of it felt like filler. We already know that Eugene is fully with Negan, and apart from puking on Rosita (that’s so Eugene!) her and Daryl’s attempted kidnap was completely worthless. On the flipside of this, we were also treated to the show’s latest silly plan. Aaron’s plan to rally the women of Oceanside (whose men were killed by Simon) consisted of starving himself in the woods, fighting off walkers, and giving the silliest speech of the season. I like Aaron, but he was introduced as a guy that was good at fending for himself, he was the welcoming party to Alexandria for goodness sake, and his plan was to hope that these women would be convinced by his survival skills before he died of exposure, or more likely stupidity. 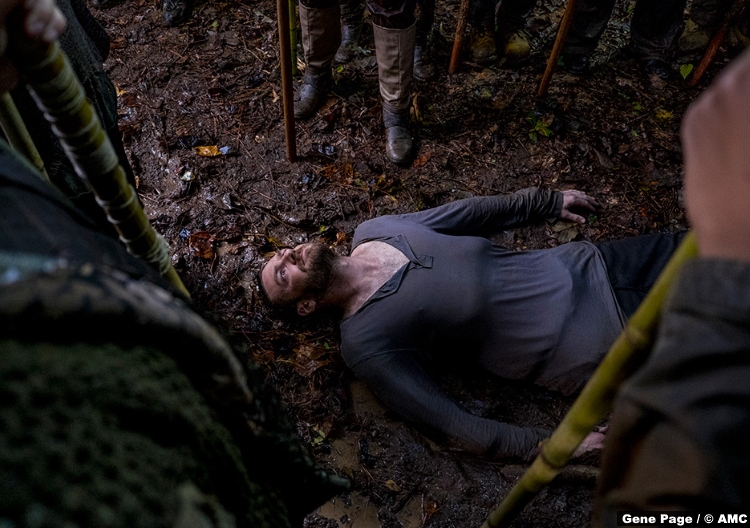 6/10 – It’s always sad when a show loses the main character that was making it fun to watch in the first place, but it has set up the winner takes all finale. Will Carl’s letters have any more impact than his actions did when he was alive? Probably, those letters are the best version of Carl that the show has ever had. Will Rick and Negan decide to quit all this fighting and fussing and make peace? We only have one more week to be underwhelmed by the answer. Personally, all I’m hoping for is competence.