The Walking Dead S08E13: Do Not Send Us Astray – The best argument yet for full-time baby-sitters

Do Not Send Us Away is an episode of two halves. The first half is a prolonged action scene that has real stakes and some creative moments. The second half is further proof that The Walking Dead’s plot engine is fuelled by stupidity. Sometimes watching The Walking Dead feels like being a patron of Westworld, in which I give my free time to a story that runs on a loop. Over and over, Rick and co fight a big bad for peace, and they are run out of their settlement as a result. The zombies ran them out of the farm, the Governor destroyed the prison, Carl destroyed Alexandria, so his people could escape the Saviours, the Kingdom is in ruins, and the Hilltop is the last left standing. I know the Scavengers are part of this example but who really cares.

We pick up where we left off last week, with the Saviours arriving at the Hilltop with Simon as their leader. Immediately we see Rick’s decision to take Negan out go against his people. Negan was all about a peaceful solution with an example being made, whereas Simon wants to burn it all down. I’ve said it before, but Simon is a much better villain than Negan. He’s clever (when the plot needs him to be) and ruthless. Considering the fact that Maggie will never fall in line, his view that the Hilltop should be wiped out makes more sense than Negan’s piss in the wind brand of leadership. 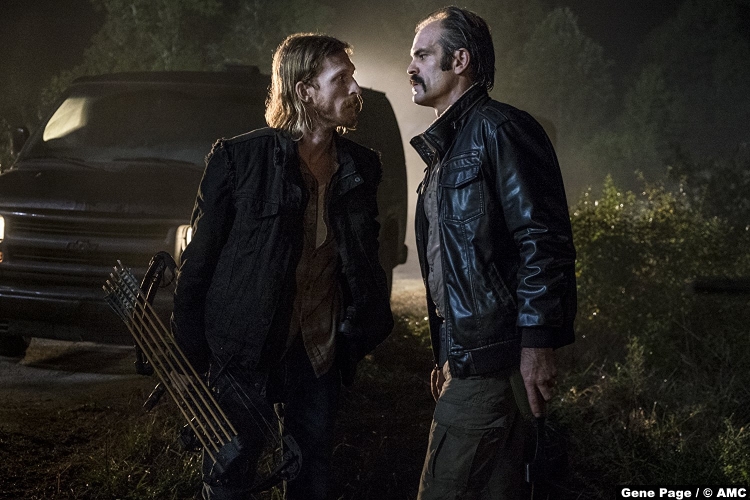 It’s Simon’s worthiness as a villain that makes the first half of Do Not Send Us Astray so exciting. This is the Saviour’s that Maggie is prepared for, and the battle, which starts with Daryl doing the only thing he’s good at: riding a bike and looking cool, the battle becomes a frenzy with the added threat of the Saviour’s poisoned weapons. Some good planning and quick thinking on Maggie’s part has the Saviours retreating, although the lack of any main character’s dead or dying is still frustrating. Unfortunately, this is where Do Not Lead Us Astray falls off the deep end.

Where do I begin? Let’s start with the zombie guts. I would be fine with this development if the show could find a way of explaining how it happens. For the seven previous years, zombie blood and guts has had no other effect than hiding human’s smell from the walkers. Maybe it’s Gabriel’s fault, although that doesn’t make a lick of sense either. Speaking of licking (bear with me) I seem to recall Daryl cleaning zombie blood off of his arrows using his tongue. How did he not get infected? This is the kind of ret-conning that undermines the rules of the show’s universe. In fiction rules are not made to be broken, they are there to strengthen the viewer’s connection with said fictional world. The first season of The Walking Dead was all about teaching us the rules of the zombie apocalypse: mainly that Zombie guts can be used as protection, and once you’re bit you’re screwed. The fact that the show is breaking these rules to grind out some more dramatic tension is so shockingly lazy that it’s even harder to take the show seriously. Even when the characters understand what’s going on, the script makes sure they just kind of accept it.

So, taking this development at face value, it does open up a new threat. Everyone who has been injured in the fight is now infected, maybe even Tara. Except Dwight was the person who shot Tara. I know I’m not supposed to trust Dwight, the last person who did got thrown into the incinerator, but we never saw Dwight cover his arrows in zombie guts. It’s most likely, despite Daryl’s fair assumptions, that Dwight really did save Tara as any hit from Simon and she would have been a goner. Except the episodes thinks Tara’s fate is something of a cliff-hanger, when anyone paying attention knows that she is fine. Although her reverse of attitude towards Dwight is much harder to believe. 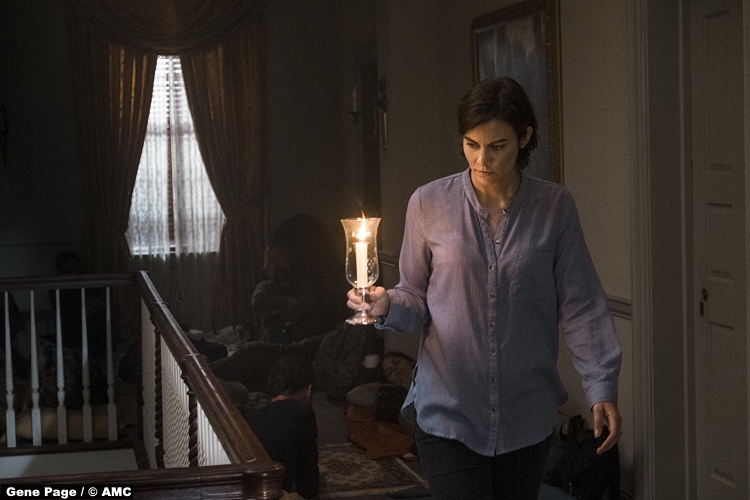 Another annoying thing about the sleeper attack from the newly zombified residents of the Hilltop is that they were able to inflict so much damage. It’s mystifying to believe that no one was on watch, or those that were fell asleep on the job. What’s even more unbelievable, is that no one woke up when the walkers came in, even as one fell down the stairs! Who is on guard in the house? Frankly, if you aren’t shocked awake by the sound of a walker at this stage in the game, you deserve to die.

That isn’t even the worst part of Don’t Lead Us Astray. That honour goes to the Henry: The Walking Dead’s latest idiot child that screws everything up. I get wanting to avenge your dead brother, but the little dude could easily shoot them through the fence. The fact that he conveniently has a key, and the fact that he goes in the fenced off area in the first place is so obviously there so the bad Saviours, along with Gregory, can escape. Once again, the show putters along thanks to character’s being dumber than holy hell. Honestly, if Henry is still alive I think it’s time that Carol take him to look at the flowers. It’s a lot easier than getting a full-time babysitter. Cheaper too. 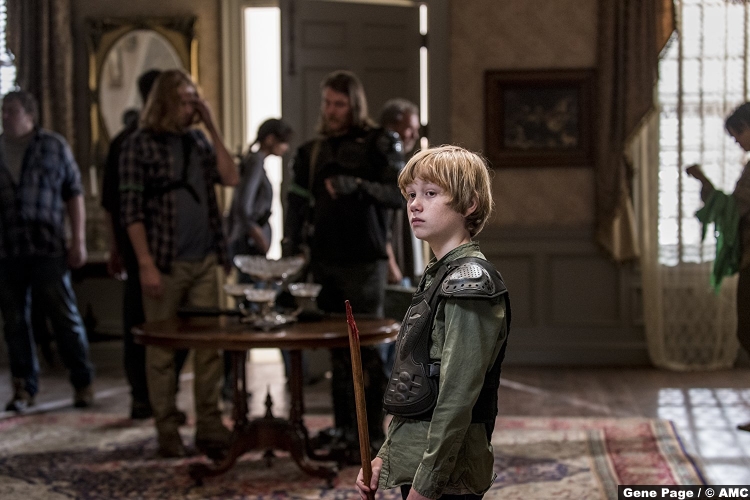 5/10 – When a show breaks its own rules it’s either because the premise has changed or they are running out of ideas. The Walking Dead suffers from the latter by ignoring seven years of examples to the contrary in a desperate attempt to inject some drama into proceedings.