The Walking Dead S08E12: The Key – While looking to the future The Key meanders in the present

When did Simon start talking like Eugene? While this isn’t the most pressing aspect of The Key, it says an awful lot that in an episode that introduces new characters, pits Rick and Negan in direct conflict, and has Simon and Dwight stage a secret mutiny against Negan, that is the foremost question on my mind about what I’ve just seen. What’s really happening here is that The Walking Dead has settled into its old rhythm of delaying audience gratification until the season finale.

Remember when The Walking Dead was about something? Ok, it’s still about something, but season eight has seen the show stuck in the loop of Negan versus Rick that it’s hard to care about how the show is trying to build future plots when this war is still raging or simmering as the case may be. The Key is stuck between these two points: Maggie, while preparing for an attack by the Saviours takes Michonne, Enid, and Rosita to meet a mysterious stranger who promises them the key to the future, and Rick and Negan beat each other for the millionth time with absolutely no closure. In then middle of this is the intriguing development of Simon and Dwight, thinking and hoping that Negan is dead, take charge of the Saviours. 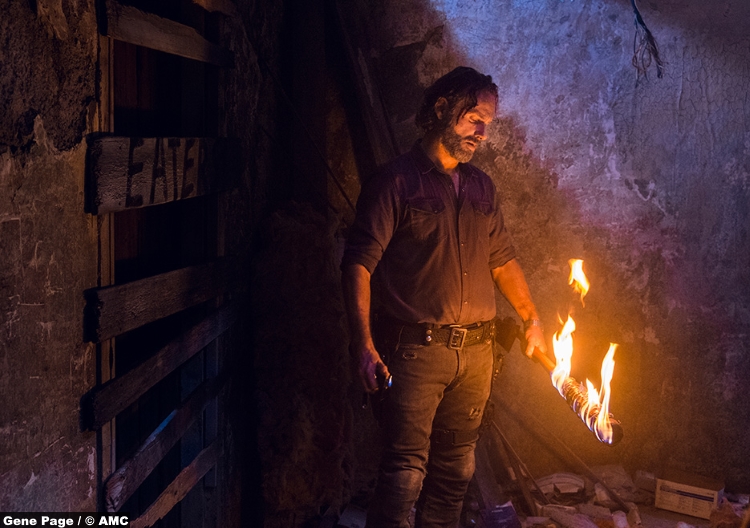 One of my favourite sequences of The Walking Dead is when the Governor pursued Andrea through the abandoned building in season three, back when the show had some variety in its set pieces. The Key gives us the boring version of that pursuit starring Rick and Negan. It starts off well: Rick decides that he’s just going to run Negan off the road (I’d be reckless to if I had to listen to Daryl’s “it’s not fair that people die” speech) and murder him then and there. No war tactics, nothing to do with anyone but these two men, this should have been great. Except it’s another missed opportunity for the show to take a risk.

I’m not saying that Negan should have been killed here, actually I am saying that. Let’s think about this for a second. Carl died, not because of the war, but because his number was up. It was blind bad luck, and a genuine shock for fans. His death has will eventually galvanise everyone to live in relative harmony until the next big bad after Negan comes along, but Rick needs to get his shit together first.  So if he kills Negan here it’s nothing to do with the war, it cuts through all of this shit, and it wouldn’t solve the bigger problem. Imagine, if you will, that Rick killed Negan, and he thought that this action had won him the war, and then Simon keeps killing everyone anyway. Negan is the more merciful leader of the Saviours, so Rick killing him would cause even more damage, that would be a brilliant dilemma. Alas, after some Lucille-baiting, and a rough exchange of the ideals of leadership, Negan gets away thanks to Jaydis. Bet you didn’t care that that was coming. 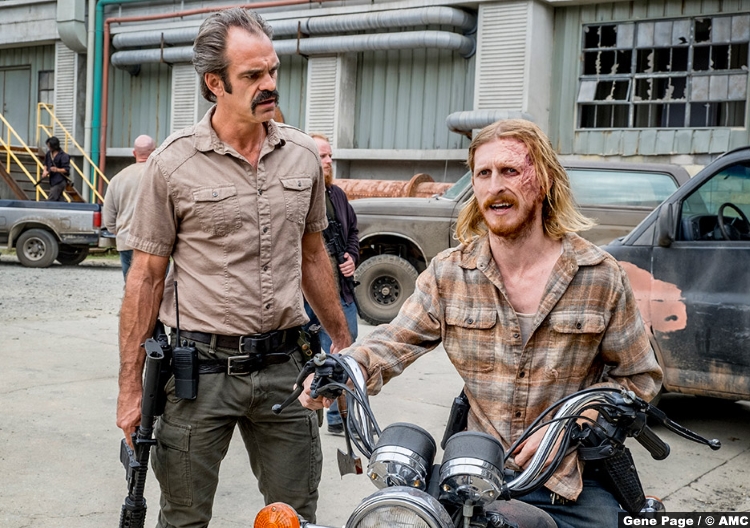 A Saviour revolt is not something that I saw coming. The whole point of Negan’s campaign of fear, mixed with the “I am Negan” mantra is that the Saviours were his and his alone. While he may convince the Saviours that he’s a formidable leader, his lieutenants think otherwise. Simon, who from the very beginning was a much more threatening presence than Negan, has been paying attention to his leader’s many lapses in judgement. Negan’s plans to try to get the Hilltop, the Kingdom, and Alexandria back in line have been disastrous. As Simon says, these people don’t scare.

These screw-ups have led Simon to take a more final view of proceedings: if they don’t scare then wipe them out. He knows that Rick, Maggie, and Ezekiel have the ability to unite their people against the Saviours and that they can never be put back in line now, so why not just kill them. This would be interesting in itself, but the addition of Dwight, the double agent that may not need to be now, gives this mutiny some excellent potential. 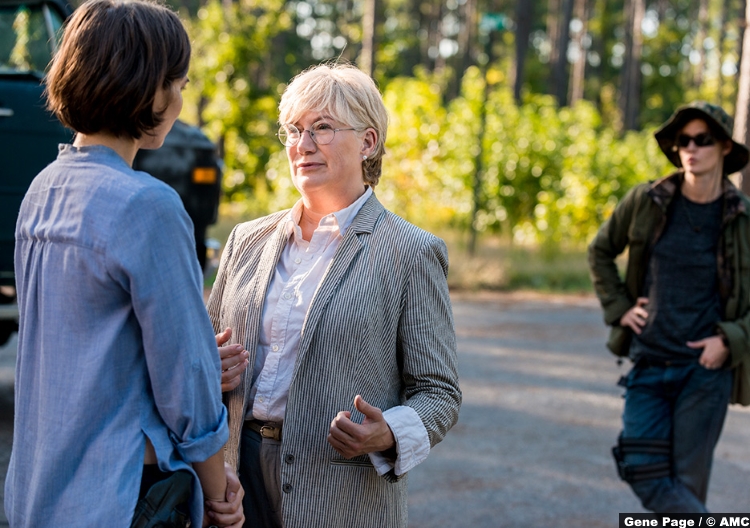 With the war still sputtering on, it’s hard to imagine what the show will be like when this is all over. Maggie, with the help of Michonne (who has taken Carl’s wishes seriously, even when his father can’t), decides to go against her harsher nature by striking a bargain with a mysterious, and oddly clean woman (with her comedy sidekicks) and is rewarded with the plans to build and maintain methods of growing food. It’s a rare beacon of light for the Walking Dead, although the woman in white may be a mass-murderer as well, but let’s choose to see the lighter option here. Thanks to this choice, the future seems entirely possible again, even with the Saviours on their way, there is a future that is worth fighting for.

7/10 – The Key satisfactorily moves the plot forward, with an eye on the future, and the possibility of Simon and Dwight being an even worse threat than Negan, It still falls down on what should be the most important relationship of the show. Rick and Negan should feel vital, but more often than not they just compete for the title of worst leader.