Season five of Vikings has been the weakest the show has ever been. The death and revenge of Ragnar long-finished, there has been a vacuum at the centre of the show which now existing character is strong enough to fill on their own. Ragnar’s sons have split into their own factions to fight a war which is really supposed to be Harald versus Lagertha. Oh, and Floki is still kicking about in the margins with his doomed settlement in the Land of the Gods. Vikings has been going in circles since Ivar won at York, which is now months ago, and the first taste of the war that will shake the building blocks of the Viking civilisation was nothing but a damp squib.

All of this means that even if Moments of Vision was an absolute classic episode of Vikings, it still wouldn’t have saved season five. This fact makes it even more impressive in how close this mid-season finale came to making the last five episodes relevant. Vikings is no stranger to this. The first half of season four was a plodding mess, but the end of Ragnar’s story put a lot of season four in the right perspective. Again, Moments of Vision doesn’t do this nearly as well, but its just a relief at this point to watch a Vikings episode that feels like genuine Vikings. 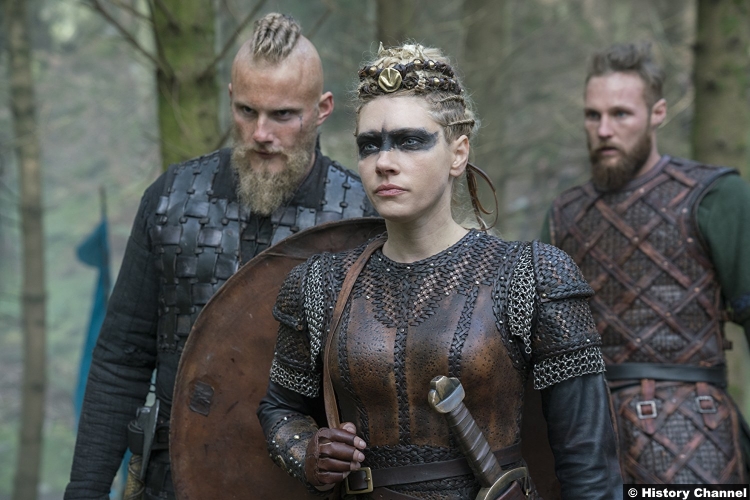 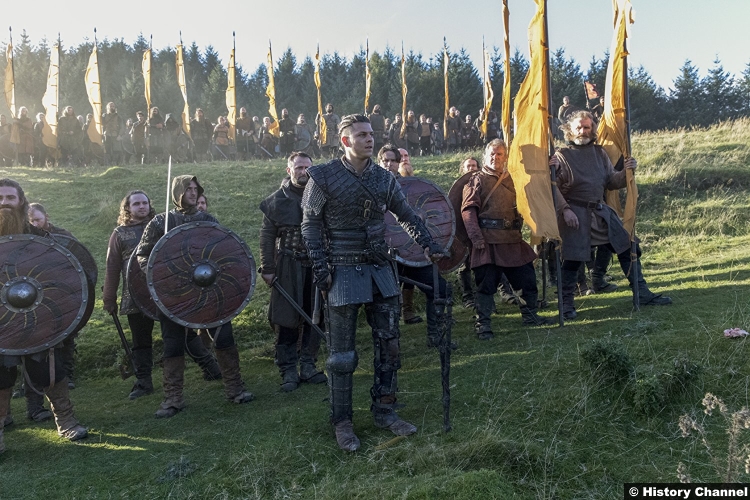 We have been hearing that this battle will end the world of the Vikings as they knew it, but this is the first time that this statement has held any weight. Moments of Vision doesn’t achieve this through traditional means. The closest touchstone I can think of is Battle of the Bastards (surprise, surprise), another battle between the rightful rulers against a pretender. Apart from the scale of the confrontation, which is huge so kudos to the History channel for that, the similarities end there. Instead of the typical approach to battle episodes: the first third filled with preparation, then the battle, then the consequences, Michael Hirst and director Daniel Gou have decided to remix it. All three components of this type of episode are happening over and over again for each character through their own context. It’s this choice that allows Vikings to rediscover its greatest strength: visual storytelling. Through this narrative device, each character has their own battle-related vignette that is a million times better than the clunky and repetitive dialogue scenes we’ve put up with in previous weeks.

Perhaps the most surprising aspect of this world-shaking battle is the roles of Harald and Halfdan. My dislike for Harald is well-documented, but one of the shrewdest decisions of this season was to split the brothers up. Halfdan has always been in the shadow of his brother’s ambitions, which opened the door for a more solid bond with Bjorn, which Halfdan sums up nicely:

You took me on a great adventure. You showed me that life has more to offer than fighting for land or for worthless glory against your own Viking brothers. And if I have to die today, then so be it. I’m ready for Valhalla. At least I know life has taught me something. You have taught me… something.

It’s this bond, that has humanised Halfdan, and Harald with him. From characters that were introduced as a placeholder of antagonism, the destruction of their relationship, brought to a full stop by Harald’s killing blow, give Vikings one of its most quietly effective moments this season. The same cannot be said for the other high-profile death. Astrid has been given a raw deal by this show, a purely functional character that existed to be the love interest of three other characters, and killed by the person she loved the most, only to advance Lagertha’s story. 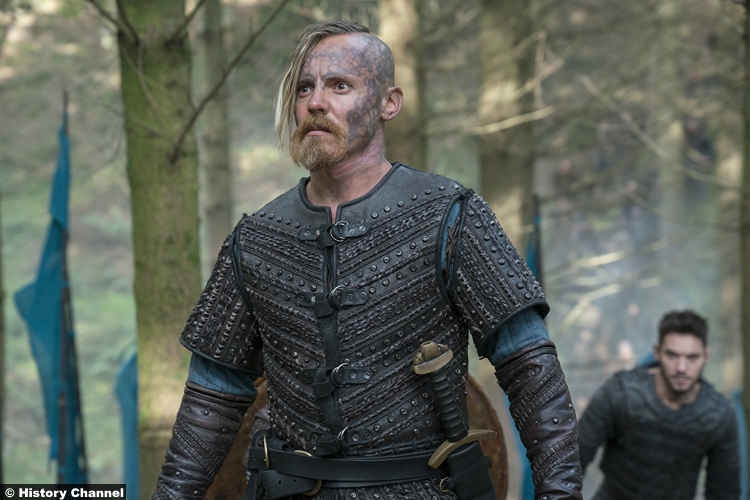 In terms of a traditional battle, with standard action beats, Moments of Vision largely ignores this formula. There is no clear sense of who is winning at any given moment, where each character is within the fight, and who they are up against. It’s not until Ivar unleashes Rollo’s reinforcements that the battle is won. These choices should work against the episode, like it did in The Joke, but Moments of Vision isn’t about who wins, who loses, who dies, and who lives. It’s about the destruction of a society, and the chaos that will ensue. That’s why we spend so much time out of the fight as we do in it. Each part is just as important because we will not see these characters again, due to death for some, and irreparable change for the survivors. This is not glorious battle, this is hell on Earth.

Even Floki’s plot ties into this on a thematic level. The disintegration of his society is season five in miniature. The divide amongst his people is now so toxic that the only way Floki knows how to make it better is to offer himself as a sacrifice. Not to the gods per se, but to his people, to pay for his own hubris. This is the only option he can think of to avoid more bloodshed: “I know only too well what happens next. This is not right. This is not how I imagined everything. But no doubt I am a fool. I was always called a fool. And now I have proved it.”

8/10 – The Seer predicted a cataclysm that resulted from Ragnar’s death. Vikings has suffered through that very cataclysm through its fifth season, in terms of plot, and the quality of the show. Hopefully Moments of Vision can provide a turning point for the show and allow it to move forward by utilising the tools that make this episode so special. It’s not perfect, no one earth-shatteringly important died, but this is a step in the right direction. Oh, and don’t waste Rollo.