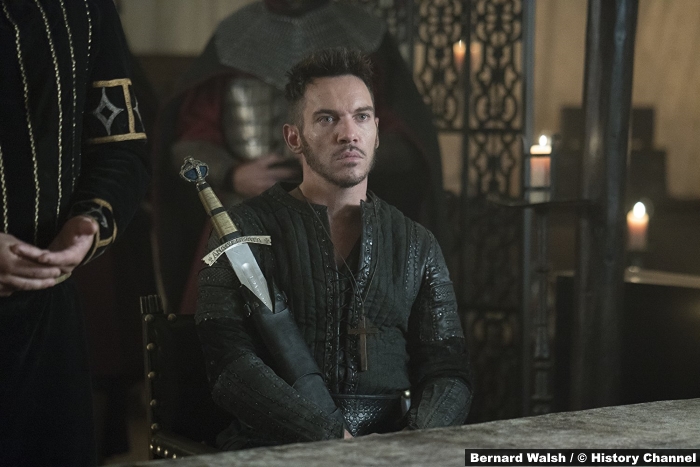 Ragnar is dead, he’s been dead for a long time at this point, but his sons quest for revenge has only just been completed. Vikings is in a precarious position, and has been since Travis Fimmel left the show, but it has a truly amazing opportunity to redefine itself. Fimmel’s Ragnar Lothbrok was the undisputed highlight of the show, and his absence did leave a vacuum at the centre of the story that was until recently his own. Michael Hirst choose to truly end it with the sons taking their place at the head of proceedings, a Vikings: The Next Generation if you will.

With Ragnar avenged, and Ubbe, Ivar, Hvitserk, and the departing Bjorn still unaware of Eggbert’s final gambit, the biggest problem is the death of Sigurd at the hands of Ivar. Ivar swears that it was a mistake, but I think it’s a good thing since Sigurd was dead weight. With his death, and Bjorn heading off for further standalone adventures, the England plot is less crowded, leading to some interesting conflict between the three remaining brothers: specifically, between Ubbe and Ivar’s different approaches. If I have one complaint, and this will be a familiar one, it’s that Hvitserk still seems 2-dimentional. Considering his biggest contribution to the show so far is that weird threesome with Ubbe and Magda, he still feels underdeveloped compared to the others.

Still, there’s nothing like a raid to layer these characters, something that Vikings has excelled at from day one. The raid on York showed each brother’s distinct personality. Ivar still feels like a cackling villain, but those odd spots of ultra-violence, while shocking, link him directly with his spiritual father, the self-exiled Floki. His mocking of Christianity, especially the priest, bring to mind Floki’s past actions against the English. The difference is that Ivar’s actions are fuelled by fears of emasculation due to his disability. Instead of having a deep connection with the Gods, his deepest connection is with Floki, the man who feels like he’s been punished by them; as Ivar has felt from birth.

Ubbe is more like Ragnar. He doesn’t seem to bask in the violence like his brothers and is more fascinated by the bravery of a nun willing to die. In true Vikings fashion, this scene is a little vague (at least to me, let me know what you think it meant) but does serve to separate Ubbe’s motivations from his brothers.

Elsewhere Jonathan Rhys Meyers makes his full debut as the warrior bishop Heahmund as he cleans up the mess the Vikings left behind, including Eggbert. Meyers has never been one of my favourite actors, but this looks like a role that could become compelling as time goes on; although the scene in which he prays on the floor was hilarious. 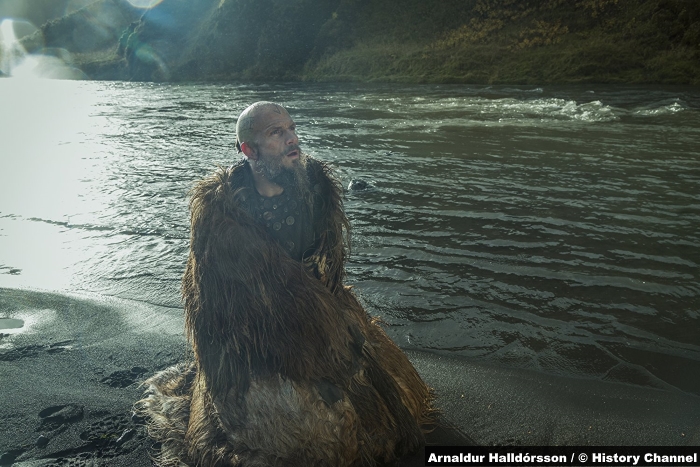 If part 1 was Vikings making a statement of intent part 2 is about settling into the main plots of the season. The Lothbrok brothers take a much-needed backseat after their taking of York, and in there place is a more detailed look at the older characters that are still around.

At the end of last season I questioned Floki’s continued presence in the show. I was convinced that after Ragnar was avenged, and the subsequent death of Helga, that Floki didn’t have much left to offer the show. I’m glad to say that I was wrong because I wanred, and still want, an entire episode devoted to Floki’s spiritual journey. From a character that Rolo was originally meant to kill in season two, Floki has become one of Vikings most popular characters, and someone whop defines a specific part of the show’s world. Much of the praise should go to Gustaf Skarssgard who can still find ways of making Floki a dynamic character, often doing the heavy-lifting in his weaker plots. For the first time in a while the character is exciting to me again, making me want to follow him wherever he goes.

The same cannot be said for Lagertha. Why didn’t she kill Harold? It makes no logical sense except because the script needed Harold to escape with Astrid. Lagertha has never been this stupid before, and her refusal to kill Harold, even going so far as kind of raping him (he doesn’t say no, but he doesn’t say yes either) makes for a thoroughly confused character arc, and another in a long line of truly weird sex scenes.

In England things are looking up. Heahmund has gathered his forces around York with retaliation in mind, and Alfred has magically led Aethelwulf to his side. Despite Alfred having noticeably aged a few years since we saw him last season, his connection to the spiritual keeps the work of Eggbert and the legacy of Athelstan alive.

It’s these scenes that gave me a framework for viewing this new chapter of the show. Being the story of Ragnar, and now his sons, Vikings has a chance to show how the younger generation are affected by the victories and mistakes of their parents. Can they break the cycle of violence and betrayal, especially considering the respect that Ivar and Alfred have for each other? It remains to be seen but, some awful decisions in the Kattegat plot, I’m optimistic for the future of Vikings.

6/10 – Let’s start a petition for a one man show episode starring Floki.