Vikings S04E20: The Reckoning – A transitional season of Vikings ends with more transition

So after nearly a year consisting of two sets of ten episodes between a horrendously long break season four of Vikings is finally concluded. After all the bloodshed in The Reckoning, and shocking character deaths, as well as Eckbert’s shrewd scheme, there’s one thing that needs addressing before any of it. Didn’t Torvi die last week? What was she doing around the table with Lagertha in this episode when the last we saw of her was her arrow-filled body with a dead-eyed expression? Vikings literally showed us her body and still somehow brought her back. Now I’m aware that those of us that watch the show on Amazon Prime sometimes have extended episodes (those scenes are mostly there to show more nudity and don’t serve the story much), so I’m wondering if the image of Torvi’s dead body was part of an extended scene that wasn’t meant to make the cut. Is this a glaring error of continuity? Did anyone else think this was weird? Please comment so I know that I don’t have the power of killing boring characters for one week only. 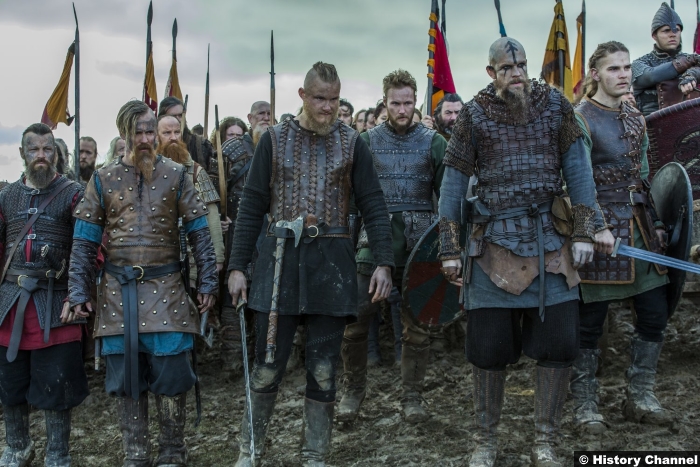 Now to the business of this flawed but interesting season finale. If nothing else, The Reckoning has well and truly closed Ragnar’s part in the Vikings saga. His death has been avenged and the Saxons are on the ropes. The episode opens pretty much where last week left off as Aethelwulf continues to look like a prick against Ivar’s superior tactics. It’s a great scene with the camera bringing us into Aethelwulf’s hopeless situation but after a week, and four episodes, of waiting the battle is somewhat of a let-down. It was satisfying to see each of Ragnar’s sons prove themselves as skilled warriors, and also a nice extension of The Outsider’s training scene, but it didn’t pack the same punch as previous Vikings battle scenes. Of course, with any good drama your action scenes aren’t supposed to be your defining feature, so Vikings still had a few neat tricks up its sleeve when Bjorn and co came knocking at Eckberts door. 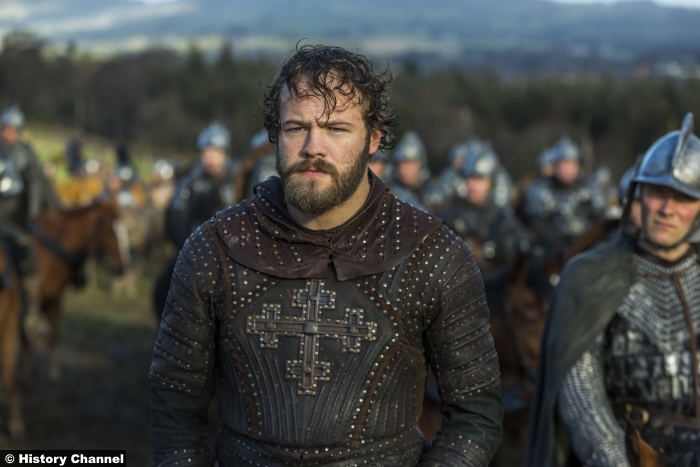 Eckbert has used the inevitability of the coming of the sons of Ragnar to put in place a plan of his own: renounce the crown and hand it to Aethelwulf (whose continued presence in the series is an unexpected bonus), meaning that whatever he promises Bjorn isn’t worth the ink it’s written on. Now with his own death, and the manner of it, assured Eckbert has thrown an invisible wrench into the plans of the sons of Ragnar. Now Eckbert can die knowing that he has given his son, and his kingdom a fighting chance by giving the Vikings a false version of what they wanted. As a way for Eckbert to bow out of the show, it was inspired, and Ragnar would be proud of the machinations. Which brings us to the Eckbert’s demise. Linus Roache has been a treasure to the show, acting like he’s all of Shakespeare’s royal rulers in one package, and generally giving the show some class. The fact that he dies at his own hand has its own consequences as, like Ragnar, controls his own way out, a way that is also a mortal sin. Eckbert’s life of achievement has, ironically, made him sure that he doesn’t deserve heaven.

Which brings us from a perfectly executed death (pun intended) to some that were not so well done. Helga’s departure is only positive because it finally ends the stupid fostering sub plot. Helga as a character deserved more, and I realise as I examine her death that it only really serves Floki, Vikings is not above fridging its female characters. So let’s look at Floki’s arc throughout season four. As he says to Bjorn, his three loves: his young daughter, Ragnar, and now Helga, have all perished and taken pieces of him with them. It’s brutal that this could all be because he murdered Athelstan. Think about it, since his supposed divine retribution Floki and those around him have been damned. He has quite literally lost everything, and buried his wife in the very heathen land in which he lost his best friend in. Hopefully this isn’t the end of Floki in the show as his burgeoning fascination with other religions could produce interesting paths in which Michael Hirst could take the character. 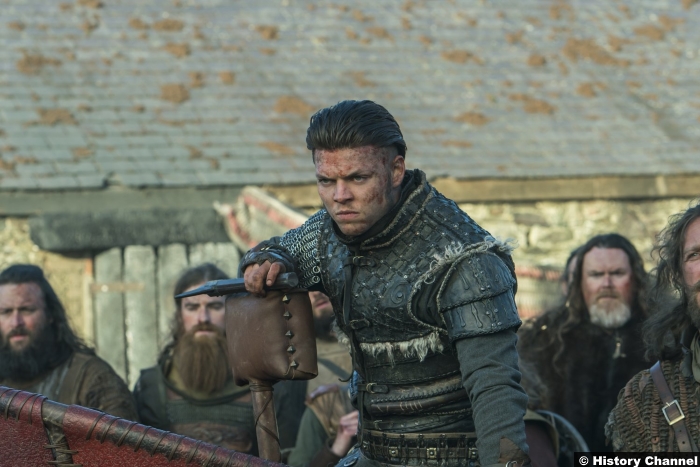 Which brings us to death by teasing. The sons of Ragnar have been a shaky bunch since they all came of age. Bjorn and Ivar have been at odds, I’ve reluctantly had to learn Hvitserk’s name since he wasn’t the red shirt I was expecting, and Ubbe is probably just looking intense as his brother’s fight around him. Thanks to Eckberts bluff, Bjorn thinks the job is done, truthfully reflecting that it was only the revenge for Ragnar that kept his brothers together. Without it Ivar has went power mad, and in another echo of the Outsider’s training scene, kills Sigrid after he questions his manhood one time too many. This pts the brothers in a good place dramatically, with Ivar’s resentment coming through in so deadly a fashion that no one can ignore. Bjorn wants to return to the Mediterranean (probably with echoes of Ragnar’s “power only corrupts” speech in his head) and King Harold will return to face the wrath of Lagertha.

7/10 – Season four has been a transitional season that the show has only barley survived. Many plots either went nowhere, or simply weren’t satisfying, but with the addition of Jonathan Rhys Meyers as a famous enemy of the Vikings, and Ragnar’s shadow slowly fading the show can come back stronger than before. Until then SHIELD WALL!