Vikings has always been about finding the humanity in characters that are known for their myths and legends than who they were as people. Like the legends, the blind man that is part of Ragnar’s prison convoy describes him as eight feet tall, a murderer of thousands of his countrymen, and that he eats children. Ragnar answers that only the last of these statements is a lie, as Ragnar has become a seasoned pro at dealing with his own status as a living legend.

Of course, this comes to an end with Ragnar’s death: a scene which is both horrible, and beautiful, a death fitting for a legend in a manner that has become as famous as the man himself. It’s a death that doesn’t just finish Ragnar’s story, but informs the stories of everyone whose lives he’s touched. As the shows main character, and thanks to the unbelievable performance from Travis Fimmel, Ragnar has become a towering figure of the shows universe, as well as the current television landscape. It’s also a death that asks questions of legacy, of destiny, and of faith. 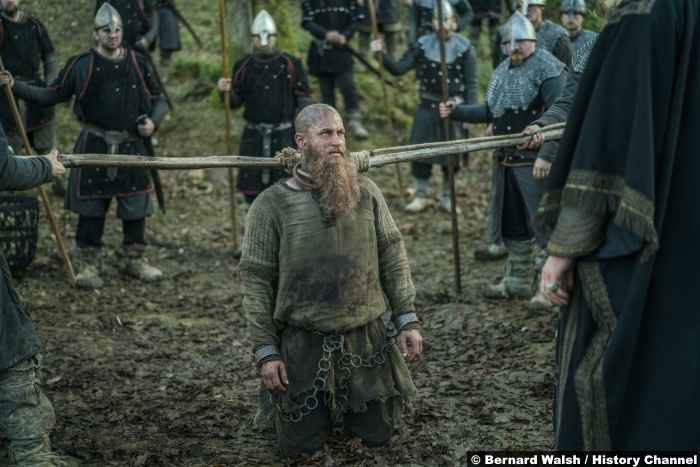 As an episode, All His Angels is an absolute masterclass in mood. The direction, and the lighting especially, give Ragnar and Eckbert’s early scenes the look of dead men talking. Ragnar knows he is going to his death, and Eckbert’s decision to respect Ragnar’s wishes kills something in him, with the lighting making them both look like ghosts. It’s a great extension of their epic conversation last week, except time has ran out for both of them. This was always going to be Fimmel’s episode but credit, once again is due to Linus Roache who continues to find new shades of Eckbert, making him deeply flawed and sympathetic. It was a foregone conclusion that Ragnar would die this season, but at first I was a little disappointed that Athelstan only appeared in flashback, but that’s why Michael Hirst is the showrunner and I’m not, as Eckbert’s presence in Athelstan’s robes was a much more powerful image, made all the more potent by the fact that Ragnar has sold him out without his knowledge.

Now to Ragnar’s legacy: within the show and without. It’s amazing to think that the character was only meant to last one season, of course you would have to be a fool to get rid of an actor like Travis Fimmel, and Michael Hirst is no fool. So it was always the plan for the show to continue without him. Of course, as the show got gradually more popular, it would have been an almost suicidal move to kill of the main character just as the show was getting more and more viewers (many of whom will have been tuning in due to word of mouth about Fimmel’s performance). So his exit here works on many levels. Firstly, having it come three quarters of the way through season four means that there was a hint of surprise mixed in with the inevitable. Secondly, the shows world is full of characters, like Born and Ivar (who are actually more historically famous than their father), to fill Ragnar’s shoes, or the show could become much more of an ensemble piece. Lastly his legacy within the show. Through his plan of self-sacrifice, he has damned Eckbert and his kingdom to the fury of his sons, two of which survived Lagertha’s uprising due to their status as Ragnar’s children, and two of which won’t be happy once they return from the Mediterranean. And let’s not forget about Floki, Christians killed his dearest friend, and you know how he feels about Christians at the best of times. 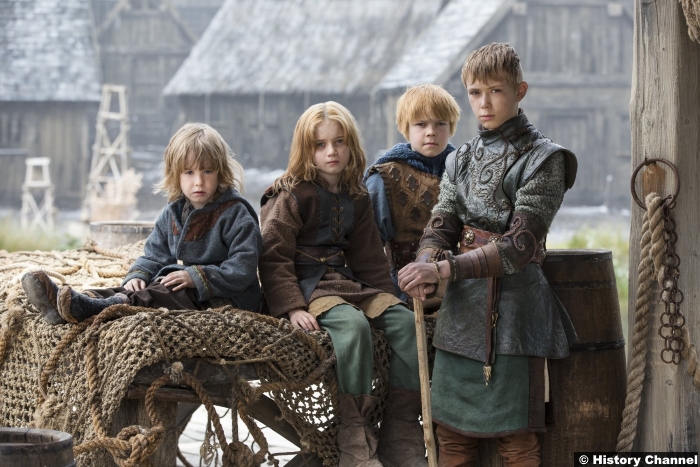 Now to the matter of destiny. In genre television that deals with religion, prophecies are always treated with a pinch of salt. Anyone who watched Joss Whedon’s Angel will know that prophecies always comes to pass, just not in the right order, or the right time. This informs Ragnar’s claim that he has taken control of his own destiny. The Seer told him that the day the blind man sees him is the day he will die, except it’s not that literal. The blind man is there as a fake-out, purely as a neat symbol to introduce the Seer. The blind man is really Eckbert, he is the man who was blinded by his own ambitions and brought himself low by walking figurative, and literal miles in Athelstan’s shoes (or lack thereof) to witness Ragnar’s execution. Ragnar can’t escape his destiny, a destiny that began before we even knew who he was. It’s a strange thing to realise that we didn’t meet Ragnar at the true beginning of his story. The actions that damned him to this specific death happened in the Vikings first raid, but the supplies needed to do get there, the knowledge, and tools given to Ragnar by the wanderer happened off screen. If we can’t see the full picture then how could Ragnar hope to get control of it? 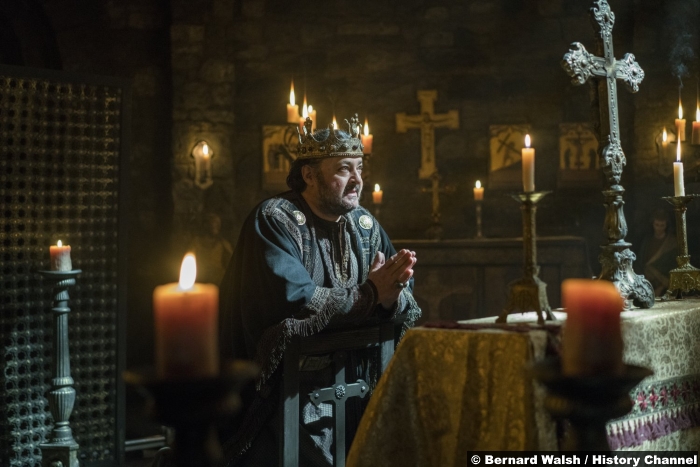 Which brings us to Ragnar’s death scene, and the question of faith. It is well known to us that Ragnar has lost his faith, that the word he speaks to the Saxons about dining in glory in Valhalla are his last attempts to play the part of the man they fear. The death itself, and the torture that leads to it is ghastly, but never devolves into senseless violence because, unlike a certain zombie show, Vikings keeps the humanity in the situation. I mean what was the idiot king expecting, if Vikings aren’t scared of Blood Eagles, they won’t be scared of snakes (it had to be bloody snakes!). And so Ragnar dies, surrounded by enemies, and one friend who he has betrayed, branded with the holy cross, and without faith. The saga of Ragnar has been a singular privilege to watch. No other character has been raised so high and fallen so low, never mind a character who leads the show they’re in. Ragnar Lothbrok was Vikings best character, who, even in death, and in memory, has achieved the title of legend.

10/10 Ragnar’s exit was always going to be a classic Vikings episode, but All His Angels was perfect in every sense. Good luck to Travis Fimmel, who I will be paying tribute by watching the story of Ragnar all over again. I urge you to do the same.