Vikings S05E03: Homeland – It’s the Battle of York in a thrilling episode

Vikings’ two-part season premiere showcases all of the strengths and weaknesses of Vikings: The Next Generation. As statements of intent go, the premiere had the raiding of York but not much more, with the rest of the episodes setting up each character’s place on the board. The England plot is easily the strongest of the lot, while the Lagertha/Harald plot being the weakest. Homeland wisely focuses on England, though we do get glimpses of other characters in far off lands, so we should deal with them first.

Floki is still in what he thinks is the land of the Gods, an infected wound will do that to you, but damn those gods if Gustav Skarsgard isn’t an absolute joy to watch. I’ll admit that I’m not entirely clear on what’s going on (something Norse, in his scenes but they are so well acted and well shot that I can’t look away. Floki has always been a malleable character for Michael Hirst, meaning that his inherent spiritualism gives him a greater variety of things to do. While the rest of the show is a mixture of plotting, fighting, and spending time in a valley of thorns, Floki gets to have these mad spirit quests. 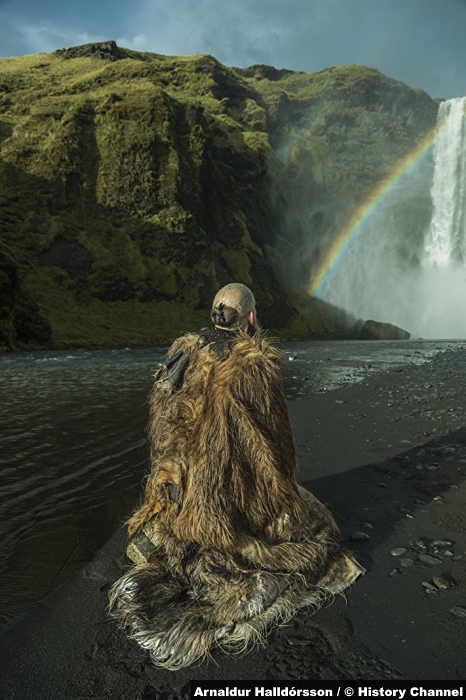 We are given an even briefer glimpse of Bjorn making his way back to the Mediterranean with Halfdan for company. While short, this scene does restate each character’s motivations going forward. Halfdan has been at his brother Harald’s beck and call for a long time, helping him in his goal of becoming King of Norway. He’s spent his life fulfilling someone else’s apparent destiny. His need to live for himself, to live the fullest life he can, without the trappings of fame and status that his brother craves is what is most important to him. Bjorn can probably relate. He has had a front row seat to his father’s downfall as a ruler, choosing instead his father’s original plan: searching for new places and new knowledge. While Bjorn isn’t the most dynamic presence, and his adventure with Rolo last season was a major let-down, this is an interesting pairing as the show moves forward.

A completely uninteresting pairing comes in the form of Harald and Astrid. As a villain, Harald hasn’t ever worked the way Michael Hirst intends. It always felt like he was being saved for a bigger role, but his ambition was well-known which negates any impact his betrayal of the Lothbrok’s might have had after years of fighting by their side. Despite regular appearances, Harald has failed to become interesting, especially considering his continued existence is due to Lagertha’s uncharacteristic stupidity. This isn’t the only reason his taking Astrid doesn’t work: another is Astrid herself.

On paper Astrid seems like an interesting character deserving of more screen-time. Josefin Asplund plays the role well, but the writing lets her down. This is because most of Astrid’s actions are dictated by who she’s sleeping with. She started off as Lagertha’s love interest, then Bjorn’s, and now Harald wants a slice of that action. This is the tip of the iceberg when it comes to how this new version of Vikings is short-changing its female characters. Apart from a naked slave, or Judith wishing her men well in battle, Astrid is the female lead of this episode. While punching Harald in the face is undoubtedly funny, and it was illuminating seeing Harald as a popular ruler, we have been given no real hint of what decision Astrid will make. This is irritating because Vikings has always been one of the more positive historical shows when it comes to their female characters, but it’s clear that Michael Hirst cares more about his men at this moment in time.

While this is a problem that can be addressed easily by giving more screen time to the women of Kattegat, Homeland compensates by staging one of Vikings greatest battle scenes, led by a demonic Ivar. I’ve had mixed feelings about Ivar up to this point. He is clearly the most compelling of the brothers, though Ubbe is a very close second, Ivar has strayed into cackling villain territory. When Alex Hoch strayed, I felt like Ivar became less nuanced, but what do I know. Homeland has Ivar setting up camp in cackling villain territory and it was glorious. With the absence of Ragnar, Vikings sorely needs a lead character in the midst of a big conflict. Ivar fits the bill as his tactical prowess, and genius barbaric traps led the Vikings to keeping hold of York. Even though Ivar killed few people directly, his bloody-faced maniacal laughing taught King Aethelwulf and Heahmund’s men about fear. Hoch’s commitment to losing his mind was so well realised it looked like he was warping the air around him. Ivar has earned his place as the leader of the Great army, he has humiliated the English, who in turn humiliated his brothers when they tried to broker peace, Because of this victory Eggbert’s subterfuge doesn’t matter. Even if the Vikings have no claim to land, it will take a brave group to try and take York back from Ivar. 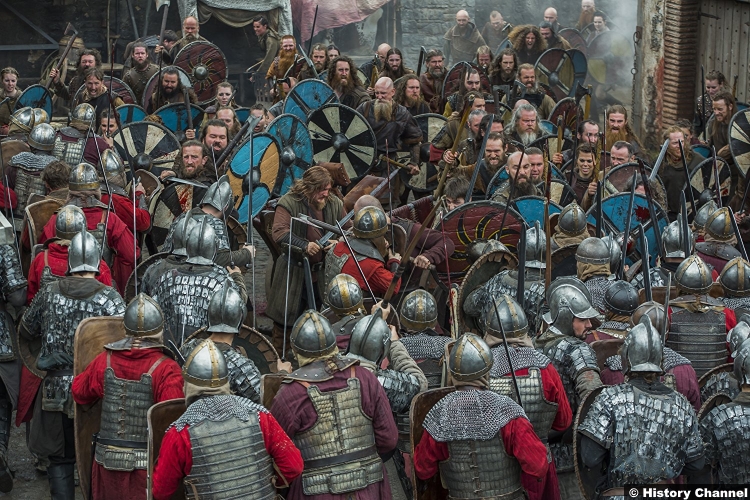 8/10 – Homeland is the most confident the show has been since Ragnar’s death. With exhilarating action, interesting new directions, and some strange visions, Vikings is full of life again. Now give the women something better to do.