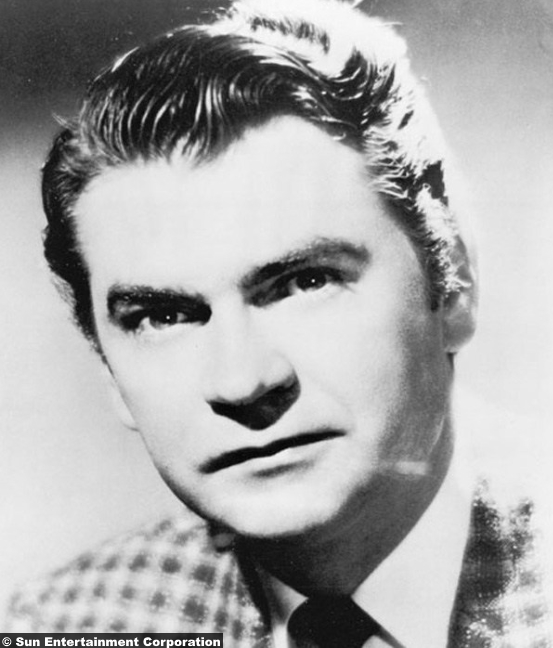 Sam Phillips was born Samuel Cornelius Phillips in 1923. The youngest of eight children, he was born in a farmhouse just outside of Florence, Alabama. He and his family grew up in poverty; they were the kind of poor that got you into trouble if you talked about wanting to grow up being rich and famous.

But that’s exactly what he dreamed of.

Phillips’ family were tenant farmers, working on land they could only (barely) afford to rent. The young Samuel picked cotton with his siblings and parents, along with black hired-hands who would sing as they worked. The music the workers made up and down the rows of cotton not only helped to pass the time, it implanted in the young boy a love of music and a belief in its power. As he grew, Sam began to travel to Florence, to take part in banjo concerts and enjoy local talent shows. He never participated, but he loved to listen to the singers. In high school, Phillips proved himself a capable musician; he played drums, sousaphone, and trombone in the marching band.

At the age of eighteen, the whole Phillips family packed up for a six-hundred-mile journey to Dallas, TX; a famous Baptist evangelist named George Washington Truett had been the pastor of the First Baptist Church of Dallas for decades, during which time he grew the attendance from seven-hundred to over seven-thousand. Truett was nearing retirement and scores of people were traveling all over the country for the chance to say they heard him live. His sermons in those days focused on the idea that wealth and power were not evils but tools to be used for the benefit of others. It was a message that Phillips would take to heart.

While traveling between Florence and Dallas, the Phillips family stopped in Memphis, Tennessee. It was there that the teenage, music lover first discovered the wonders of Beale Street. Though a steady rain was falling when he first toured the street, Phillips was amazed at how alive it all was. Compared to the “big city” of Florence, Beale St. alone was happening. In 1939, Beale St. was a hopping strip, brimming with clubs, restaurants and shops, predominately managed by African-Americans. Music was played in the stores and out. A cacophony of saxophones and trumpets greeted every pedestrian and everywhere you went you were saturated with the so-called “black sound.” After visiting, Sam Phillips would never be the same again.

He returned to Florence and helped to support his mother after his father died (bankrupt) in 1941. Grocery stores and funeral parlors provided slight but steady paychecks but did not satisfy the young man’s desires to run away and make it big. The early part of his youth was spent with his desiring to be a criminal defense attorney, but his lone visit to Memphis changed his life and set his sights on music. He didn’t know in what capacity he’d work in it, but he knew one way or another he would work “in” music.

Finally, in 1945, the twenty-two-year-old Phillips left Alabama and moved to the town of his dreams. His first job in the city was as an engineer, and later a disc jockey for WREC, which broadcasted out of the legendary Peabody Hotel.

As a WREC engineer, Phillips was put in charge of recording live performances for later use on the air. Unlike other engineers, Phillips’ focus was less on the technical set-up or the quality of the sound equipment. He cared about the music and wanted to make sure he got the most out of the performers. He would position microphones around the percussionist and stand-up bass player, to give his recordings a deeper, more driving sound. He would also stop and direct the performers, offering tips on ways to improve their takes. Rather than being angry that his employee had acted unilaterally, WREC owner Hoyt Wooten praised the young engineer on the unique sound he had managed to produce.

By day he’d work at the station and at night he’d roam Beale St., taking in the sound that, while ubiquitous to Memphis, was not being heard on the radio.

In 1949, Phillips secured a lease for an abandoned auto repair shop located on Union Avenue. After working on the building for several months while still DJ’ing for WREC, he opened “Memphis Recording Studio” on Tuesday, January 3, 1950. Inspired by a belief that the south was an untapped goldmine of new and exciting music just waiting to be plundered, Phillips opened his studio up to any “joe blow” off the street who wanted to come in and cut a record (for a few bucks). Mostly, Phillip’s studio attracted regular folk looking to record a novelty record as a gift for their husband or mother, but every now and then a real talent would step through the doors. It didn’t take long for the producer to realize there was potential in starting his own record label.