Vikings S05E07: Full Moon – An unsubtle episode with a hollow metaphor at its heart

Here is an interesting question: how many bad episodes before a show is officially in decline? This question has frequently popped into my mind ever since I finished season three of Vikings. From that patchy, but still very exciting season Vikings has flirted with mediocrity enough times that it counts as a will they-won’t they relationship. For every great episode, with awesome action, simple yet effective characterisation, and the still amazing look of it all, there have been just as many episodes where Michael Hirst has opted for padding rather than momentum. What Full Moon makes abundantly clear is that Hirst can’t tell the difference between the two.

Last week’s episode was, by far, the worst of the season so far, but at least it wasn’t as boring as Full Moon: an episode that felt like it took a month to watch. After convincing myself that it wasn’t February when the credits rolled I found myself wondering how Vikings has lost its way. The answer is quite simple: when given a choice of action, Vikings always picks the dullest outcome, at least since Ivar wrapped things up in York. It wasn’t until the absence of York that I realised that this was what was holding season five together for me. The game of cat and mouse between Heahmund and Ivar was exhilarating when it was unclear who would win, and the fact that this was Hirst’s main focus gave season five a solid centre. It certainly tricked me into thinking that the rest of the show was doing just as well. 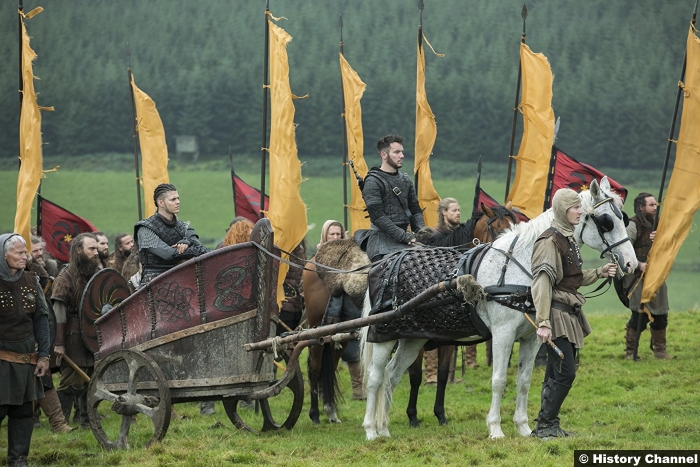 Take Bjorn’s season so far. For the second year in a row, Bjorn has sailed into unknown waters and participated in stories that have started off as intriguing only to fizzle out. This time he doesn’t even have Rollo to bounce off of, although Halfdan is an ok replacement. So, for the second time Bjorn has returned to Kattegat unfulfilled, and quickly falls into familiar patterns. Lagertha has made a new alliance for the upcoming war against Harald which gives Bjorn the opportunity for some strange in the form of a new princess. This on its own would be fine, although it does lead to a bizarre sex scene that is weird even for Vikings, but all it represents is Bjorn in a holding pattern. It’s not all bad though: the scenes between Bjorn and Lagertha are tender and imbued with some hilarious familiarity. If I ever need a wingman Lagertha’s getting the call. 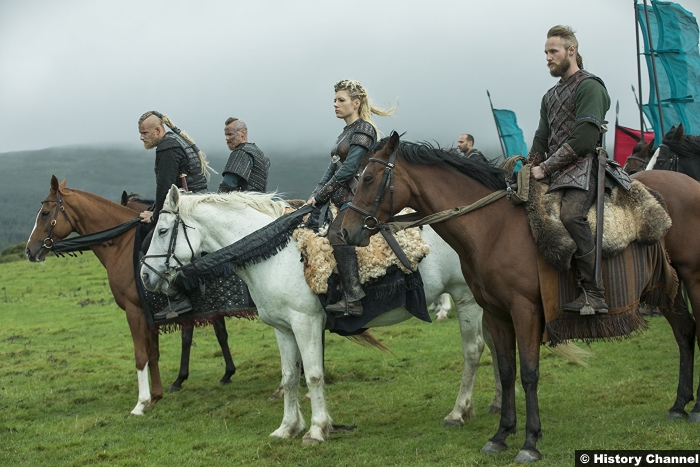 Floki’s settlement is suffering from a different problem but the character is in the same rut as Bjorn. The Land of the Gods promised to be an off-beat diversion from the standard Vikings fare, but it’s plagued with the same dullness and predictability as everything else. When Lagertha let Floki and the settlers leave it was obvious that part of the reason for this was because Floki might fail. Even with some settlers still trying to put a positive spin on things, it didn’t take long before Lagertha was proven right. In fairness, Floki’s approach is bullshit. He barely tells his people anything about how they’re supposed to live, except for a vague egalitarian approach that has some settlers hackles up. The reason for this is simple, Floki doesn’t know how he’s going to make this work. I know the Vikings are deeply spiritual people, but if you take your real estate advice from a mad man then you deserve to be stranded in the pit that said madman didn’t even sell that well. It’s like an estate agent saying that the studio with the leaking roof’s last tenant wad Odin so you should totally move here. 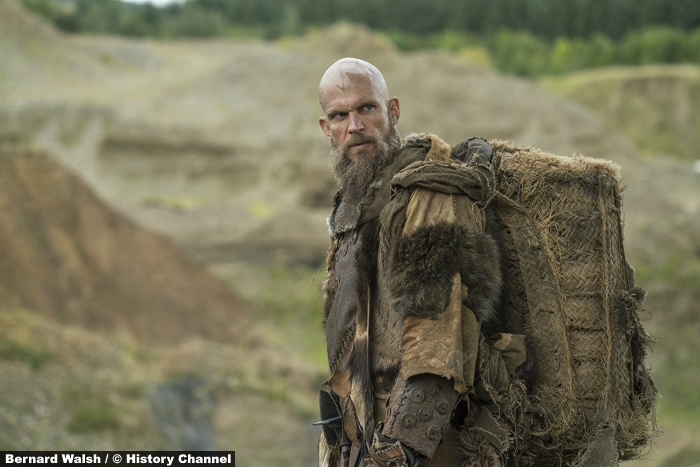 That’s not the dumbest part of the episode, because Full Moon is held together by a game of chess. Vikings has never been subtle when symbolising its themes, which is fine because those symbols are usually connected to Norse, or Christian mythology because…history. Still, this is the show that tied Lagertha stabbing someone in the chest with her son stabbing her lover with, you see where I’m going here. Blindingly obvious is standard Vikings these days but it takes a special kind of hack writer to include a thematic game of chess. It’s a trick so overused that it’s now a cliché.

The game itself is between Ivar and Heahmund, who continue to participate in the dull Ragnar/Athelstan reboot. The two warriors are still in the teething stage as Ivar doesn’t fully trust that Heahmund will fight for him., This leads to a breathtakingly hilarious conversation between Ivar, Heahmund, and a clueless Hvitsek about free will versus fate. Instead of enlightening the audience about the characters beliefs, the scene sees all three look a bit confused. It’s the best part of the episode.

The chess metaphor is also used to show, again, that Ivar is smarter that the average bear-killer, also known as Bjorn. All the plans that Lagertha makes with Ubbe and Bjorn are immediately undermined by the belief that Ivar is always a step ahead. This doesn’t create tension so much as it bludgeons us over the head with Ivar’s intellect. We get it Michael, Ivar is a great tactician, but over egging him this way makes both his possible victory inevitable, as well as his possible defeat as it would be an obvious twist.

4/10 – An episode that could have been a checkmate chooses to flip the bored because its not smart enough to play. Full Moon could have been a great episode about planning the battle of many of the characters lifetimes, but always chooses the dullest option.