Vikings S05E04: The Plan – Five stories compete for top spot and no one wins

There is a void at the centre of Vikings. We can all see it and it isn’t subtle. The loss of Ragnar, our primary focus, has left no obvious successor. At least that’s one aspect of the problem, the other is that Vikings narrative has grown exponentially to the point where each of the five stories featured in The Plan feel like a vital part of the show’s world, despite the lack of focus that comes from juggling so many stories. This doesn’t have to be a season-long problem, it’s just a question of approach.

The Plan is a table-setting episode, which are rarely the best parts of a season but are necessary to any long-form narrative. After the flawed yet often exhilarating trio of episodes that opened season five, Vikings needs some time to let its plots breathe. But it didn’t need to do it all at once. The key here is attention. If our attention is on all five stories: Ivar vs the English, Kattegat, Bjorn in Sicily, Harald’s pursuit of Astrid, and Floki in the land of the Gods, it can easily feel like we are just checking in. I’ve been vocal about my wish to have a Floki-centric episode of the show, now I feel that each story could be better served by The Walking Dead model, where every character, and every story gets equal attention by having their own episodes. It would work too, as Vikings has a much stronger cast of characters than Rick and co.

Ivar vs the English 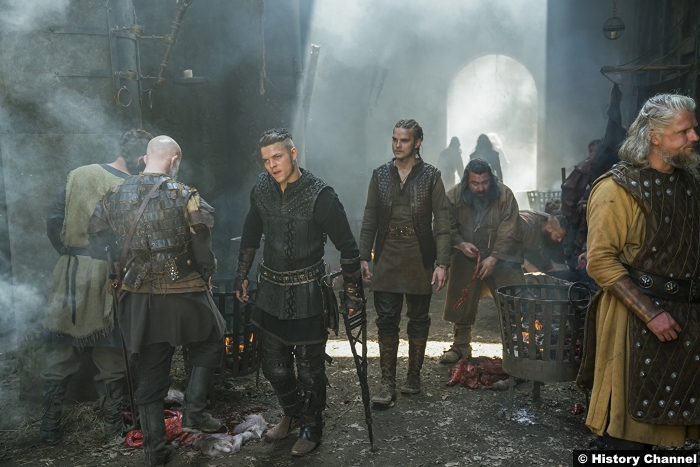 Easily the strongest part of The Plan was the siege of York. This is, frankly, an unexpectedly great story: with Ivar leaning into his leadership role, and especially his superiority over one brother who has fled, and Hivitseg who has stayed. There is a neat parallel between Hvitserk and Heahmund as they try to become indispensable to their leaders. Aethelwulf needed to get Heahmund in line and he does just that with a public dressing don of the warrior bishop. Jonathan Rhys Meyers has a freakily straight delivery of every line which activates the religious zealot in him which works extremely well. Hivtserk on the other hand is almost forgotten by Ivar. We have the first bit of proper characterisation of the other Lothbrok son, which shouldn’t have taken 14 episodes, he is one of many characters in this episode that want to make their mark.

Another character who wants to make her mark is Margharette. The one time slave has moved up in the world thanks to her marriage to Ubbe, who has returned to her. It’s her that is taking notice of Lagertha’s failings, especially getting tricked by Harald, and she sees an opportunity to rule. Unfortunately, she is overheard by Lagertha herself. Lagertha takes an interesting route here, she implores Margharette to have faith in her. Lagertha could so easily kill her, although that would guarantee losing Ubbe’s support against Harald and Ivar, and her reasoning that she has had enough of betrayal is a touching character moment. The promise of some brother on brother action is another welcome addition to this season. Ubbe and Ivar have always been ideologically opposed, so it makes sense that they would go head to head. 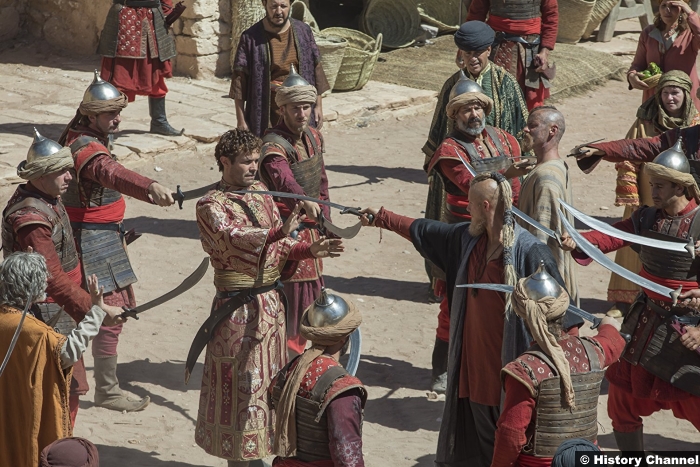 It’s good to have a little more time with Bjorn, before the dire circumstances that has been foreseen, as he, the Wanderer, and Halfdan arrive in Sicily. Halfdan literally makes his mark on the sandstone of the trading village as he and Bjorn find themselves at the centre of some intrigue. Bjorn, ever the opportunist (just like his father) wants to meet the person who is really in charge. With stunning sets, and beautiful cinematography, the Sicily sequence is the most luxurious Vikings has been in sometime, and is a nice contrast to the more brutal and muddy lands Bjorn‘s brothers inhabit. Halfdan already feels like a more fully realised character than his brother.

Predictably, this is the weakest story of the episode. Astrid finally accepts Harald’s offer of marriage; which Harald gracefully accepts with a veiled threat of what would have happened to her if she didn’t hurry up. He’s never been classy. While any ritual of the Vikings is handsomely rendered, it doesn’t stop this story from being a non-starter. Maybe you like this plot, and Harald along with it, but Astrid’s decision feels half-baked.

Floki in the Land of the Gods 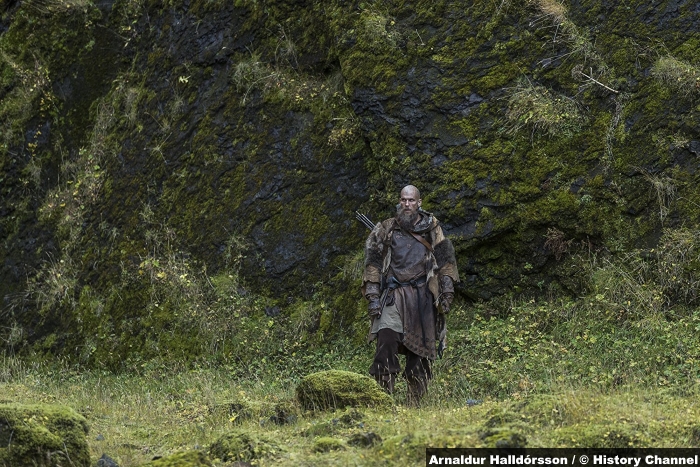 It looks like my hopes for a full Land of the Gods episode has been dashed as Floki wants to bring others to this land. While Ivar and England is the strongest plot, Floki’s is my favourite for one reason. It’s about his defining characteristic. He wants to bring other true believers to this island, a place that they can make their own. It’s really no wonder, since travelling with Ragnar, discovering new religions, in new places, has robbed him of everything that he holds dear, including Ragnar. The question is, how pious do you have to be to qualify for Floki’s magic island?

7/10 – The Plan was an episode plagued by its own ambitions. Without a story to take the lead each felt incremental, and lacked the momentum of season five’s previous episodes. Still, the performances were great, with some exciting choices of line readings from Lagertha, and some gorgeous filmmaking. Table-setting episodes are necessary, and The Plan sets up exciting possibilities for Vikings future.