In many ways I feel bad for Crossing. No episode could follow up last weeks heartbreaking installment, and Crossing gamely tries to incorporate the consequences of All His Angels as well as continuing the season long arcs of everyone who isn’t Ragnar. The rest of the cast have, understandably, been sidelined due to Ragnar. The rest of the cast have, understandably, been side-lined due to Ragnar’s Requiem, so Crossing is more of a catch-up episode, with no real character, or plot coming across as more significant than the other. It’s a set up episode for the final episodes of season four while also serving as an epilogue for Ragnar. It’s a shame that Ragnar is still the most interesting thing the show has to offer.

Everyone is accounted for in this episode, well except the French who Rollo seems to be done with. Lagertha deals with the ups and downs of ruling Kattegat whilst coming to terms with the death of the man she loved more than anyone, Ragnar’s sons mourn both their parents and are becoming increasingly feared by Lagertha, and the English, both of which shall feel their wrath in due time. Meanwhile Bjorn, Floki, Rollo, and the most patient mutineers King Harald and his brother have made it to the Mediterranean, further than Ragnar ever dreamed they could go. 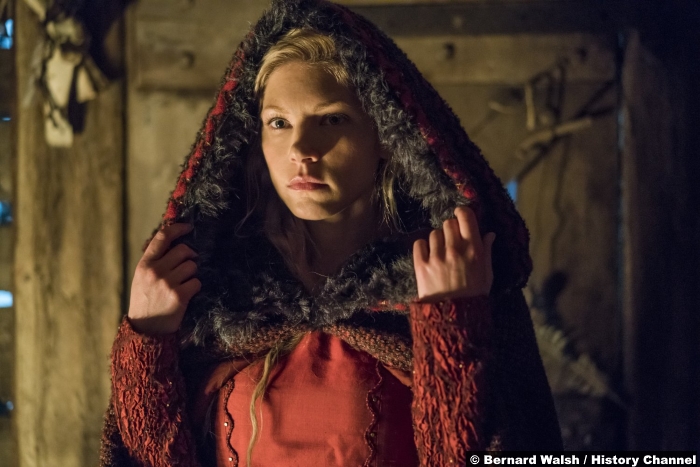 With Travis Fimmel gone Crossing seemed more like a series of auditions for who will be the show’s new lead, with Bjorn and Lagertha taking the lion’s share of the screen time, Michael Hirst is keen to keep it in the family. The problem with this is that Bjorn is a great side character, but I’m not convinced there has been enough character work to earn him the status of lead. Alexander Ludwig is certainly capable in the role: his sheer physicality and closed demeanour bringing echoes of both Ragnar and Rollo’s influence, which is a clever way to play Bjorn, and now with his father gone we may finally get the best of him, except that this episode was far too busy to focus on any one character.

We began with a pair of scenes told from the view of two rulers: Lagertha and Eckbert. Both were reacting to Ragnar’s death: Eckbert (who has aged decades in the last three episodes) charges his son with defending the kingdom against the possible return of Ivar and his brothers. Lagertha on the other hand has a wobble about ruling Kattegat. Both of these scenes would be fine if they were just about the toll of the emotions brought forth from Ragnar’s death. Instead Hirst’s script packs in on the expository dialogue by making Lagertha question whether she wants to rule Kattegat at all. Of course she does, she spent years planning on winning her home back, and the point of the scene was for her to question the nature of ruling due to what it did to Ragnar but is executed to poorly that it loses any impact it might have had.

As I’ve noted previously, Vikings treads a very fine line when it comes to dialogue, to the point where characters announce new plots by saying how they feel out loud. Sometimes this works, due to the less than nuanced way in which the Vikings have always communicated; the nuance comes from more unexpected places frequently turning what should be a technical weakness into part of the shows unique way of conveying characters. In Crossing it’s just clunky. Case in point: Floki and Helga: both characters are in serious risk of out-staying their welcome, but Helga’s need for another child and Floki’s feeling of emptiness (which probably began the same moment Ragnar was dropped into the snake pit) are just announced to us without any ground work. Later in the episode this plot does go in interesting directions: Floki’s scene in the mosque is one of those eerie spiritual situations that Vikings does so well, and his bickering with Helga about their new daughter was a nice bit of levity after the bloodshed in Spain. At least Rollo’s having a grand old time. 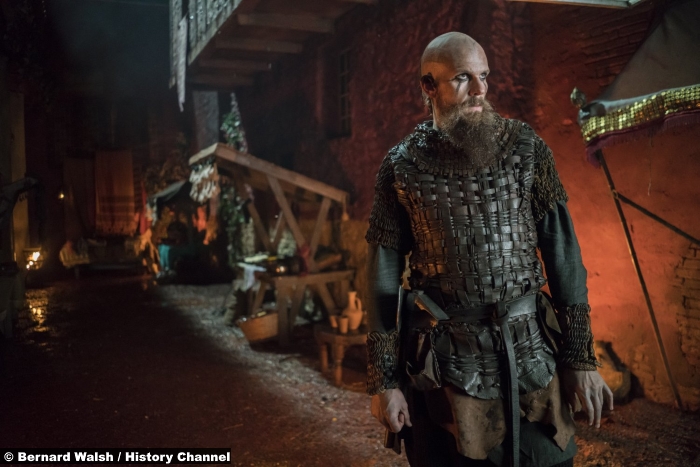 There’s a real feeling of repetition to this episode. For the third week in a row Ragnar’s sons are threatening to kill Lagertha, and Crossing also has Bjorn’s first solo raid, which is like all the other raids. I’ll Michael Hirst credit though, the way he spaces out the raids throughout the shows run does give them a more visceral impact. Vikings has never been afraid to state outright that the Vikings can be as monstrous as their enemies. The entire show has been about them invading other countries and dealing with the consequences. It always seemed like Ragnar would have preferred being the wanderer, someone able to travel from place to place to learn. Bjorn on the other hand is a born Viking, taking part in all of the rape and murder that Ragnar seemed too enlightened to take part in. These scenes of brutality were tasteful done, yet left no equivocation to the actions of the characters we follow from week to week. While it may not be as shocking as it once was, the raids are a handy reminder that the characters we engage, and empathise with, are feared throughout the known world. 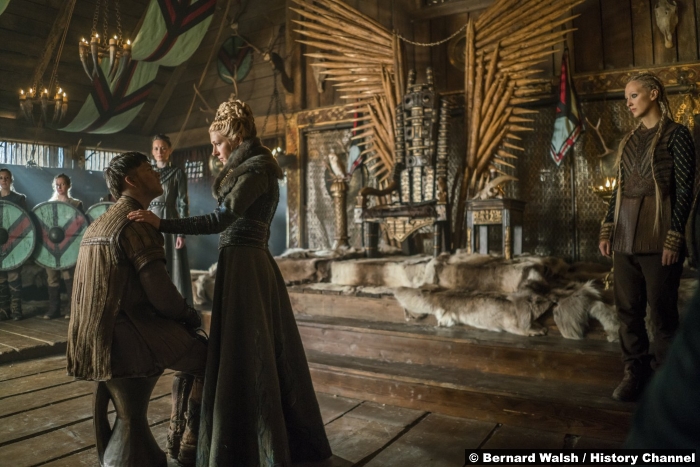 Still, Ragnar casts a long shadow, so long that it seems Odin himself brings the news of his passing to his sons. He may be in Valhalla, but his violent legacy will keep Vikings afloat for years to come.

6/10 – No more than average yet Vikings needed this type of episode in order to build the final act of this long fourth season.