Vikings S04E17: The Great Army – It’s not time to go back to England yet so Vikings spins its wheels.

The second half of season four seems to have a formula: ten episodes cut in half, with the first two episodes of each block being about the aftermath of the previous episodes (Ragnar’s disappearance, then his death), and how they affect Kattegat. The next three, if this theory holds which we will find out next week, will deal with the Vikings in England. Ragnar in England has been the ultimate highlight of the season so far, so much so, that the episodes since his exit from the show couldn’t help but be a little disappointing.

Last week I was easy on the show since killing off your main character practically guarantee’s a period of restructuring. The Great Army builds on some of the more positive aspects of the last episode, yet it does so in the most boring way imaginable. A lot happens, but nothing feels substantial, it all just feels like killing time. If the show continues to be as frustratingly obvious, to set up these new, and not so compelling plots, then there may be good cause to worry. Hopefully my theory is right and we get some good old fashioned bloodshed to kick-start the narrative again.

The episode as a whole is basically a non-event. It’s the coming home segment of the story that the show has to do every once in a while, with Bjorn returning to Kattegat, and Rollo returning to France, but instead of making us crave the next adventure, all this return does is point out how unsatisfying the Mediterranean storyline actually was. There were seeds of intrigue: Bjorn’s first voyage, the spare brother who somehow survived, Rollo turning his back on his family, status and success in order to embrace his true self again, all with a smidge of mutiny in the form of the future King of Norway, and his brother. Yet the episode, by bringing this plot to a close proved how flimsy it was. 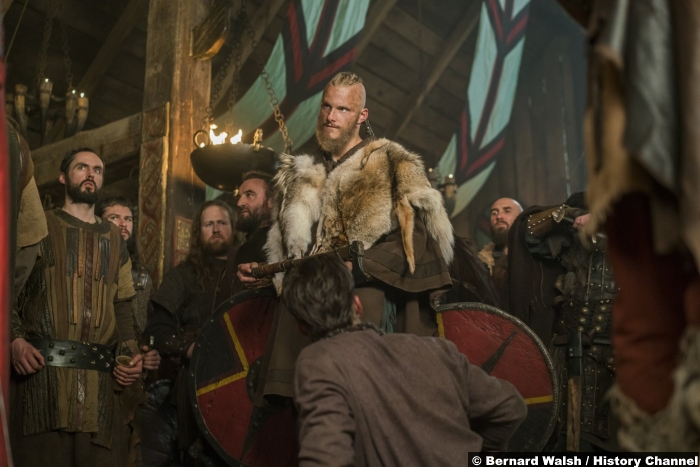 Rollo’s inclusion in the raid was a big deal, what with his yearning for his violent and glorious past. It got off to a good start with the bastardised baptism as Bjorn let him live. One standard Vikings raid later and they drop him back home. While the rejection of his offer of lands was a good reminder that Rollo is at his heart a traitor, his inclusion in the voyage felt like nothing more than a good excuse to keep Clive Standen in the show. Don’t get me wrong, I’m all for keeping him, I even hope his starring role in the Taken TV series is as bad as the trailer makes it look so he can be a bigger part of Vikings future, just give the man better material.

Then there’s Bjorn, the man who smouldered his way through the entire endeavour only to come back and bone his mother’s girlfriend, which is a little more I Claudius than the show usually goes for. But the real weirdness comes from Floki and Helga. Floki spends the entire episode (bar the obligatory shade thrown in Rollo’s direction) wearing the expression of a bemused husband as he deals with Helga’s decision to adopt one of the Spanish girls from the raid. Of course, Ivar makes everything better so when he crawls into Floki’s hut and asks him to give him legs, (figuratively because Floki’s definitely not magic), I think, Gustaf Skarsgård can unleash some of the trickery that has made Floki such a fan favourite. Their brief scene together highlights how good a pairing these two can be, and makes me question why they have waited seven episodes to get them on screen together. If you remember, Floki had a huge influence on Ivar’s upbringing, and the two share a different kind of father/son chemistry that should be explored further. 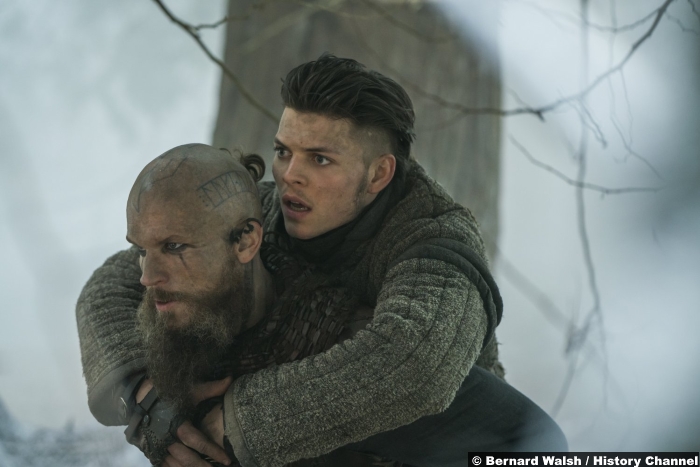 Last and least of the Mediterranean plot is King Harran and his brother. As villains go these two have been absolute duds, mainly because it’s taking them an age to do anything remotely villainous to any of the main characters other than talk behind their backs about mutiny. It’s been stated many times that Kattegat is the last place Harran has top conquer to be King of Norway, so it’s a shame that when Ragnar was offering his life, and his title as ruler, to everyone, that Harran and his brother probably slept in. Can you imagine his reaction when he heard that he missed that? He’d have went through the roof.

Speaking of duds, the Lagertha vs Ragnar’s sons plot got real boring real fast. Part of this was the vagueness of the rules, surely if each of them has publically promised to kill Lagertha she wouldn’t just let them walk around Kattegat like they own the place. Some people will say it’s about projecting the idea of power, and fearlessness, but really it’s just lack of common sense, and if Bjorn hadn’t turned up she would have had to kill Ubbe and Ivar (I may think that she’s stupid in this regard but no way did I think Ubbe and Ivar had a chance against her in single combat). 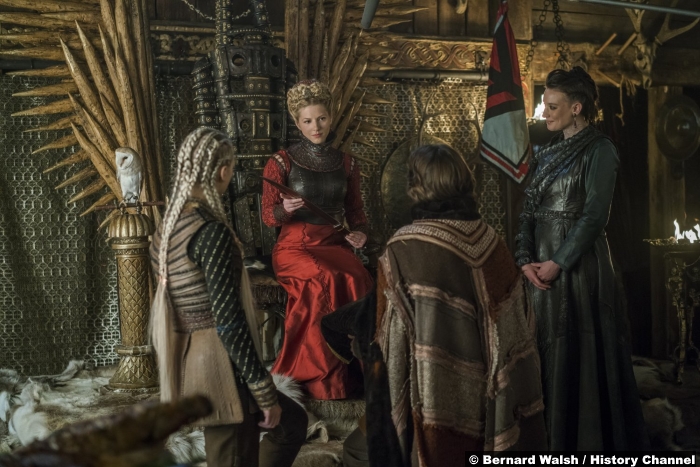 The Great Army is not a satisfying episode of Vikings, with many scenes just repeating what wee’ve seen before, and most of the new plots within Kattegat proving to be less than compelling. Hopefully with the promise of a return to England for Ragnar’s revenge, the show will improve, but things have a habit of slowing down when everyone comes home.

4/10 – While it moved some things along, this episode felt incredibly perfunctory, but the real blow was the fact that I couldn’t hide my boredom so according to Eckbert I would make a terrible king.