Revenge is yet another episode of this fourth season that acts like a greatest hits reel for the show. We see a grand Viking piss-up as the great army comes together to avenge Ragnar, a sacrifice, and a blood eagle. That’s not even mentioning the promise of a huge battle only to have it cut away to the next scene; Game of Thrones pulled the same trick in their first season but at least they put the narrative conceit that Tyrion, who we were following at the time, was knocked out before the battle really got going. Back to the matter at hand: Revenge is packed to the roof with Viking iconography but with one key difference, a difference that has hurt the show considerable in the last three episodes: the absence of Ragnar.

It’s became abundantly clear that the rest of this season is about fulfilling Ragnar’s masterplan of revenge on the English through his sons, figuratively passing the torch: the shows future, to them in the process. The only problem with this is that the story isn’t big enough to dominate the show so we are given sub-plots that are either flimsy, or don’t seem to be going anywhere. It’s probable that all of these plots are to build the groundwork for the next season after the Ragnar shaped elephant has finally left the room. There is some great stuff in this episode nonetheless, but it is an instalment of two halves that are preoccupied with to things that come into contact all the time in fiction: sex and death. 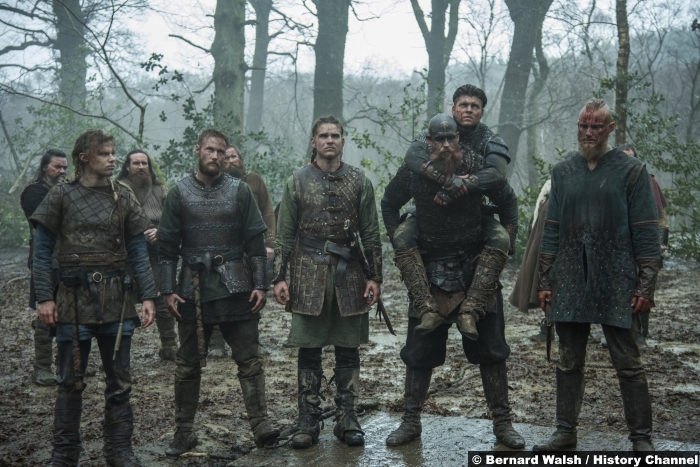 The first half of Revenge is the bloated Kattegat story as too many characters are grasping for the limelight. Take King Harran and his brother: it’s another week and still these dudes are dead weight. Sure, they have that disfigured Earl taking note of Kattegat’s defences and where they can be breached, but that attempt on Lagertha and her kingdom won’t happen until Harran and his brother are back from avenging Ragnar. Then there’s the scene that is supposed to make us quiver in our boots about Harran and his hurt feelings. We’re reminded that his royal quest started with a woman, don’t they all, who wouldn’t marry him until he was king of Norway. Of course Harran takes this obvious brush off seriously and when he finds out that the woman married someone else in the meantime he threatens to stab her. Who cares? Really, these brothers are so thinly drawn they might as well be called the eventual obstacles. 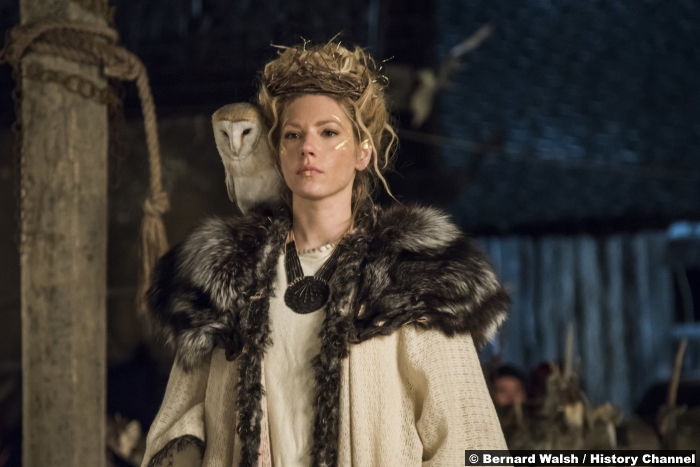 Speaking of dud characters, why isn’t Margrethe and her coupling with the sons of Ragnar generating any conflict or drama? What’s the point of this plot, and this character? The show certainly isn’t convincing me that there’s a point to all this even with the amount of time given to this thread. We get it, Vikings aren’t jealous, and the brothers can share a woman if they want, but unless the whole point of this is the downfall of one of Ragnar’s sons at the hands of Margrethe, so she can finally show some agency, then it’s all been a big waste.

Finishing off the first half is the sacrifice. When the show first introduced this piece of Viking culture it was one of the shows first truly classic episodes. Here it doesn’t feel as significant. It could have been, as a symbol of Lagertha’s power, even Ragnar didn’t get comets when he sacrificed anyone, but it’s undermined by the clumsy editing together of Bjorn and Astrid having sex in a barn. The sequence would work if there wasn’t a complete lack of subtext: Lagertha pushing the phallic sword into the man’s chest while Bjorn pushes his own into Astrid is much more comedic than dramatic.

It’s not all bad news though as the episode gets much better when we return to England. I know Wessex isn’t every fan’s favourite location but I can’t get enough of Eckbert and his poisoned legacy which parallels so beautifully with Ragnar’s. Linus Roache saves Revenge from mediocrity as each exchange, whether it’s with Aethelwulf: who finally calls his father on his foolishness over the Vikings, and humiliating him pretty much all of his life, and Judith as he lays bare his weakening faculties and the plans he has to keep Alfred safe are nothing but a masterclass of acting from everyone involved. 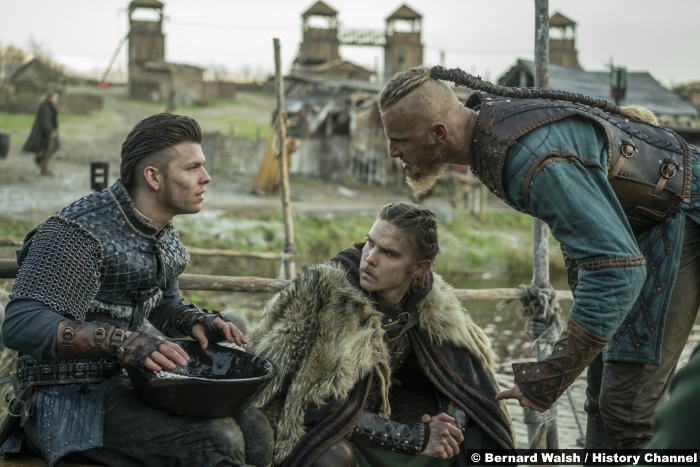 Then we have the death of King Aelle, by blood eagle no less, in an affecting scene that still can’t quite match the blood eagle’s introduction to the show, but is effective nonetheless. After the battle Bjorn and co take Aelle to the place where Ragnar died and proceed to torture and murder Aelle. At first this seems like an anti-climax but it’s the little details that are important here. Think about this scene from Aelle’s point of view, think how terrifying the sons of Ragnar Lothbrok can be to a king who thought God had his back, instead of letting it get torn open. Think about the way Ivar looks into Aelle’s eyes as the life seeps out of him, and finally the way the blood eagle has made Aelle look like a deformed angel hanging in the sight of Ragnar’s last breath. It’s brutal, and poetic, and heretical, and is a great way for Ragnar’s sons to announce themselves in England.

6/10 – An episode that was far to indebted to past glories came good at the end, but not enough to make it anything more than a solid instalment.