The Fellowship of the Ring is still awesome, twenty years later

This year, CultOfWhatever has looked back on some of the most fun, most genre-defining, most consequential, or otherwise cult-favorite films of 2001.

And there’s Donnie Darko, which blew the minds of the handful of people who saw it in theaters. Meanwhile, there was A.I., a movie that showed just how weird a movie can be when it combines two very different styles, one that is often emotionless and one that is always feeling. Last month we looked at Monster’s Inc, which proved Pixar was more than just a Toy Story factory, but instead was a studio capable of delivering memorable stories out of the craziest of ideas.

Last month we examined Harry Potter and the Philosopher’s Stone, one of the most effective fantasy book-to-film adaptations of this generation. But when you talk about fantasy book adaptations, you can’t help but mention… 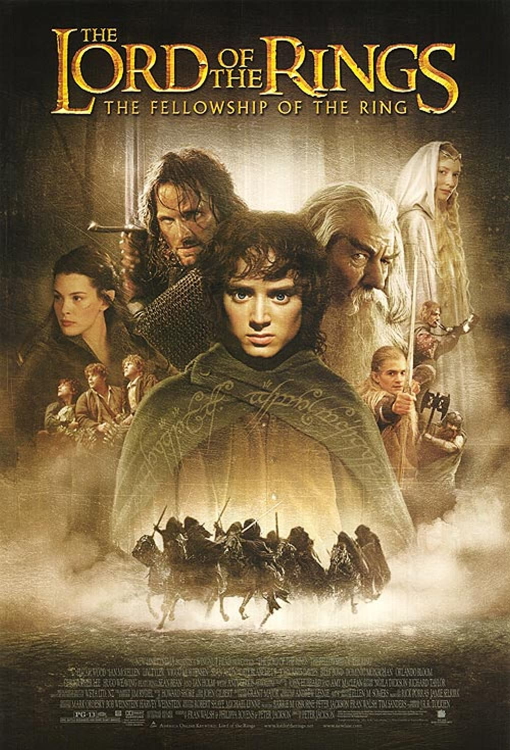 Once upon a time, JRR Tolkien’s Lord of the Rings story was deemed, not only the greatest piece of fantasy literature ever composed, but a movie unfilmable by any reasonable standard. That was before 2001. Attempts were made, of course. There was an animated/rotoscoped film by Ralph Bakshi that was released in the late-70s. Before that, The Beatles wanted to adapt the story with themselves in key roles. Apparently, Paul would have been Frodo, Ringo would have been Sam, John would have been Gollum, and George would have been Gandalf. They had hoped to sign Stanley Kubrick to direct the film. Someone even made a mockup teaser poster: 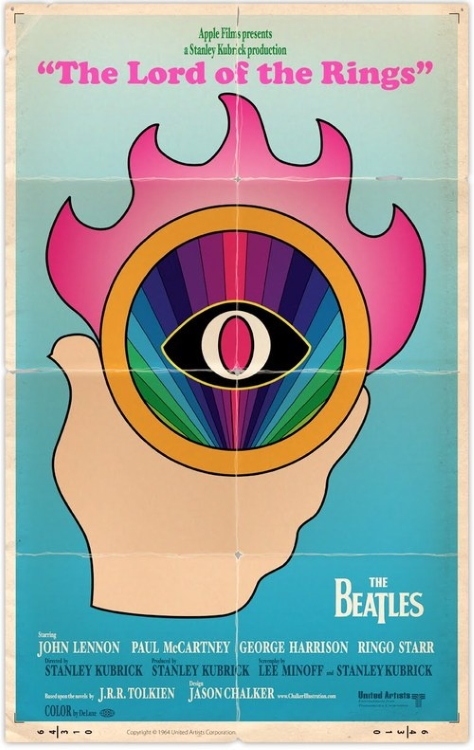 Somewhere out there is an alternate universe where that happened.

As it was, a proper, serious, “do it justice” adaptation was seen as a non-starter if you wanted to do it right. If you wanted to make a live-action version, you were met with the impossible task of filming armies of orcs, trolls, a balrog, fellbeasts, hobbits that stood a third the size of a man, not to mention the logistical nightmare of bringing the varied environments to life, including the imposing spire of Orthanc, the dark fortress of Barad Dur, and the loathsome volcano called Mt. Doom, which sat amidst the dead wasteland of Mordor. For a long time, the idea of properly bringing the book to a live-action medium was too ludicrous even to entertain in passing.

The other option was animation, which Bakshi tried (and Rankin/Bass before him, with their adaptation of The Hobbit). Animating the story was certainly a more plausible idea than shooting it in live-action, but the difference between the Hobbit and The Lord of the Rings is size and scale. The Hobbit is a simple story that was written and intended to be a children’s tale. Adapting it shouldn’t be hard (assuming you don’t try to turn it into a nine-hour trilogy for some silly reason). Adapting LOTR, even in animated form meant bringing one massive story (broken into three or six parts depending on how you view it) to a medium that typically only allowed for ninety-minute movies aimed at children. That ended up being the chief problem with the Bakshi film: He had a movie without an audience; older viewers weren’t conditioned to enjoy animated movies (things have changed since then), and younger viewers were turned off by the pacing of it all. It also, due to the immense size of the story, was forced to end about halfway through book two, after the Battle of Helm’s Deep. There simply was no way to bring a story of that scale and scope to life in a way that would satisfy the bean counters in Hollywood and the purists who love the fantasy genre.

Until some rando smalltime director from New Zealand just up and did it. 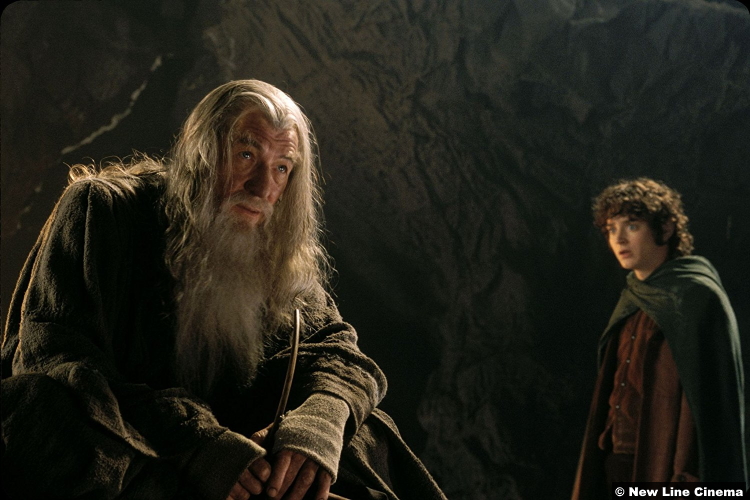 The cinema world owes so many debts of gratitude to Peter Jackson and co., if nothing else than for having the cojones even to pitch an adaptation to New Line Cinema. The end result, the first part of which premiered twenty years ago this month, was a movie trilogy that did what previously was thought impossible, and which only managed to come together as brilliantly as it did due to a combination of tireless and passionate hard work, and a few lucky breaks and minor miracles along the way.

Jackson adapted Lord of the Rings from the perspective of it being a single story. Of course it is, but in attempting to bring that one giant story to life, he ended up almost falling into the same trap that hurt the Bakshi movie. His initial treatment called for two films, with part one ending about halfway through book two, after the Battle of Helm’s Deep. That treatment featured a ton of compromises and edits that almost certainly would have infuriated purists and lovers of Tolkien’s world, but they were sacrifices made with the understanding that he would be lucky to get New Line to agree to finance one movie, much less two or three or four or however many it would take to bring the story to life, properly.

Thankfully, New Line loved the pitch, believed in Peter Jackson, and then made the suggestion that saved the whole enterprise: “It’s a trilogy of stories; it should be a trilogy of movies.” With that, Jackson was given a shooting budget big enough to film three movies at once, and a special effects budget big enough to bring the “fantasy” of the story to life in a way fans, to that point, believed was impossible.

Do I need to tell you the end result was a success? 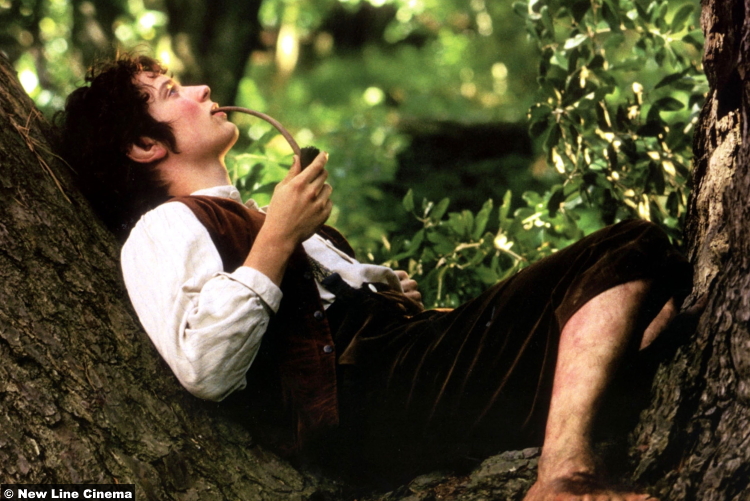 Lord of the Rings finished what Jurassic Park started. It was Spielberg’s dinosaur-themed sci-fi/horror movie that proved CGI technology could finally stand side-by-side with practical effects. It would be several more years after Lord of the Rings before CGI fully replaced the need for real sets, real props, or even real costumes, but it was Jackson’s trilogy from 2001-2003 that showed you could have a fight with a computer-generated cave troll that was just as convincing as a sword fight with an Uruk-hai “man in a suit.”

I emphasize the effects and the scale because those were the “unfilmable” parts of the story. That being said, it took more than just pretty looks to make The Fellowship of the Rings (and the two films that followed) so revered. Jackson knew to put and keep the focus on the characters, specifically the hobbits, and especially Frodo’s struggle as the bearer of the Ring. This is his story (and Sam’s) more than anyone else’s, and the movies never forgot that, even as they spent necessary time focusing on Aragorn and the rest.

The Lord of the Rings works because it felt real, it felt lived-in, it felt polished and lovingly made, because it was. It showed how far technology had developed, to the point where even the most ambitious tales on the page could be retold on the screen. There’s a debt of gratitude owed to these movies and the people who made them happen, not just from lovers of the books, but from the MCU, from Game of Thrones, from Dune, and every other ambitiously large fantasy story that’s as of yet un-adapted. Writers are just as free today as they were a hundred years ago to let their imaginations run wild, but now—in the post-LOTR age—they are also free to write knowing, if their stories should ever end up on the big screen, they can be done right.

Peter Jackon’s trilogy of films, which released starting twenty years ago, remains an icon of cinema, beloved as much today as then, and is watched and re-watched by fans constantly. Rightly so, too, as it’s still breathtaking, still awe-inspiring, still funny, still thrilling, still moving, still epic, and still awesome twenty years later. 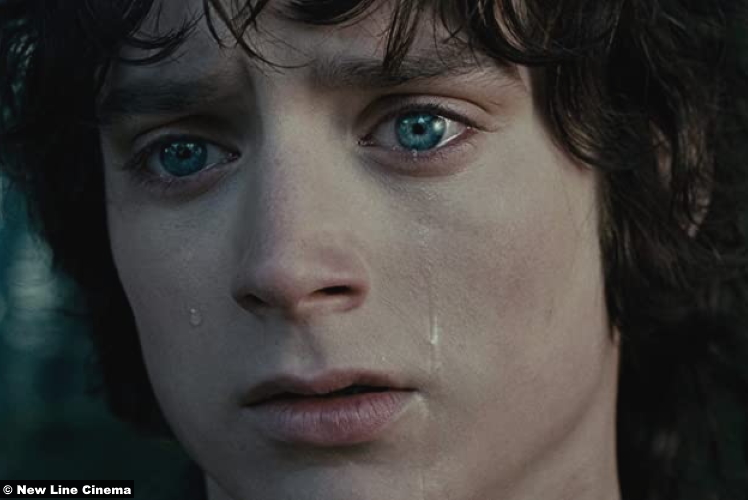