Jurassic Park 3 remains the best sequel of the franchise

Jurassic Park is a perfect movie.

Is it the greatest movie ever made? No, but it is a flawless masterpiece of popcorn entertainment. Great adventure movies are often called a “thrill ride” and that moniker was never better applied than to the 1993 classic. We looked back on it in an article a couple of years ago, in which I said this:

Most of the first half of the movie is devoted to click-click-clicking you up the roller coaster. The moment in the movie when things get crazy happens [in the exact middle of the runtime]: The power goes out with our main characters right in front of the T-Rex display, the glass of water ripples (one of cinema’s most iconic shots ever), and…mayhem ensues.

I’m amazed at how perfectly paced the film is, in the way it builds and builds and builds to the second half hysteria through exposition scene after exposition scene, none of which are ever tiresome purely because the viewer—like the characters in the movie—are too enamored with the dinosaurs to care. The film came out at the perfect time, when practical effects were at their peak, and when digital effects were just blossoming well enough to work without taking the viewer out of the movie. Fittingly, the newness of the digital effects (combined with some very good blocking choices by the director when working with practical effects) brought about a genuine sense of awe for the cinemagoer back in 1993, just as the “real dinosaurs” brought out of the in-movie characters. And then when the switch flips and that sense of wonder turns into a monster, hunting the people like the tiny, helpless prey they are, you realize just how brilliantly Spielberg toyed with the audience: He made you care about the dinosaurs in hour one so that you would be good and terrified of them in hour two.

Jurassic Park is a perfect movie. 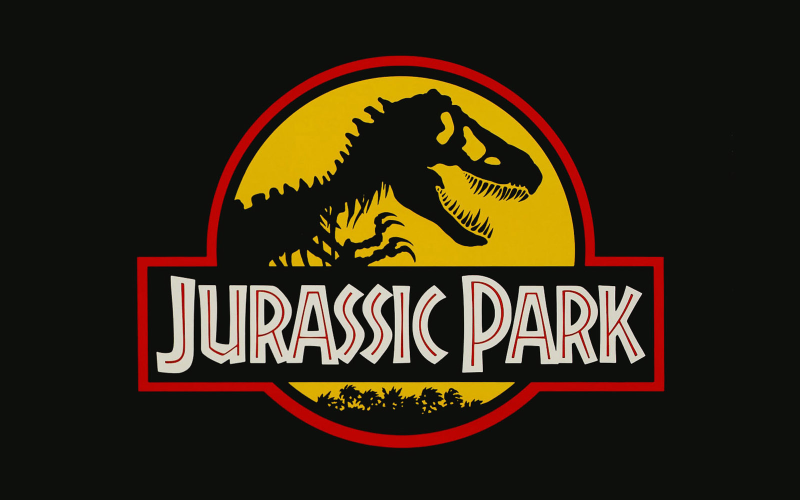 So why do the sequels all suck to varying degrees? The original follow-up, The Lost World: Jurassic Park, was released in 1997 with the same writer/director combo, the same setting, some of the same cast members, the same shots of awe, the same moments of terror, the same, the same, the same, the same. Have you ever had someone tell you the funniest joke and then, four days later, sit there while the same person tells you the same joke? It’s still funny but also not funny anymore. That’s The Lost World. Sure they brought the T-Rex to San Francisco, but by that point, the audience was so thoroughly beaten down by the blandness of it all, the big climax of the movie (which felt like it came a half-hour too late) fell flat. 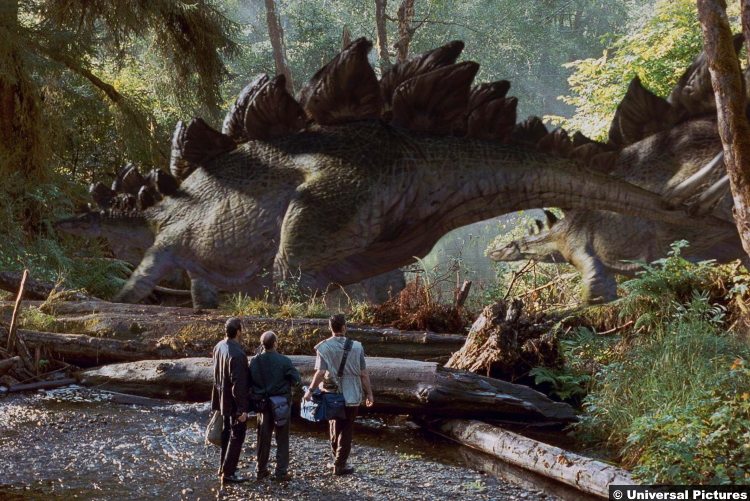 The franchise never was able to recapture the magic that it hit with the first film, probably because the first film was about more than just the (perfect) movie. It was the ultimate convergence of fresh idea, hot director, and melding of both old-school and new-age special effects. Nevertheless, Hollywood was determined to try again after The Lost World underwhelmed, and Jurassic Park III released in 2001. More on that one in a sec.

Fifteen years after Jurassic Park III underwhelmed even harder than the previous installment, Universal returned to the property with Jurassic World, a film I found to be good enough to scratch a nostalgic itch, but not more than that. I think this sums up my thoughts about it…

This movie is secretly a satire on the state of Hollywood Franchises.

No one comes out and derides the “bigger and more everything” premise behind the plot, so either it was a subtle message from the director or I’m just crazy. But the entire idea behind Jurassic Wold, the in-movie theme park, is that the attractions have to get bigger and bigger to the point of ridiculousness. At one point it is stated that crowds are no longer “wowed” by dinosaurs, in a line I couldn’t decide if it was directed at the fictional ticket-buyers in the movie, or real ticket-buyers to the movies. The idea that people would get bored of dinosaurs seems outlandish until you consider the diminishing box office returns of the original Jurassic Park trilogy. The first one grossed over a billion dollars (pushed passed a billion through re-releases), the sequel brought in over 600mm and the third one did half of that, with 360mm.

So for fifteen years the franchise sat dormant. Now it’s back and the original sequels have been de-canonized in order to bring us a movie with more people to be terrorized, a dinosaur more ferocious than the T-Rex, more violence, more horror, and more death, all because the fictional “corporate” big wigs behind the theme park are worried about the audience losing interest.

But what happened next? Well…Jurassic World: Lost Kingdom happened next, a movie so bad and uninspiring I actually forgot the title was “Fallen Kingdom” and not “Lost Kingdom” in the official review, and no one has ever bothered to correct me on that error, either. Not complaining; I consider it an indictment of the movie itself. Here’s the relevant portion of that review…

Now looking back on the first World movie, I don’t know for sure if writer/director Colin Trevorrow was trying to make a film that was actually about dumb Hollywood reboots, but if he wasn’t then he’s a hack. If he was…he’s Ed Wood? Is that better?

All I know is when I sat down for the sequel I wondered if they would try and do another secret satire. Now that I’ve seen it…no, they did not. Jurassic World 2 is somehow two half-baked movies shoved together. It’s the beginning of a by-the-book Jurassic World sequel, one that goes back to the island but with more stakes, more action, more blah blah blah. And then, following ten minutes of mind-numbing exposition, it’s the second half of a different Jurassic World sequel, one that would have been about something new, something that would have moved the franchise forward, away from the island and to a true “world” setting.

But instead of taking those two ideas and making two fully-fleshed out movies, writer Trevorrow took the first half of the first idea and the second half of the second idea and stitched them together, much the way the mad scientists in the movie keep trying to stitch together new dinosaurs from existing parts OH CRAP IT IS A SATIRE! IT’S A SPOOF OF THE PREVIOUS MOVIE’S OWN INANE PLOT! 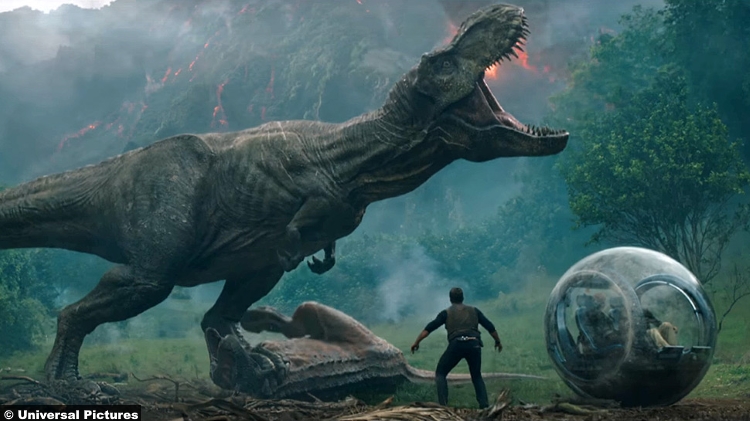 Here’s the thing about Jurassic World: Bye Bye Kingdom: Yes, it deserves points for trying something new (in the second half), but no one cared. Sure, it made a little over a billion but it bombed with critics and was watched by ticket-buyers mostly as a guilty pleasure, like a higher-budgeted Sharknado. The biggest criticism casual moviegoers had against it (apart from the inane writing and terrible plot) was that it wasn’t “Jurassic Park” enough. In other words, casual viewers seem to want the same sameness of The Lost World: Jurassic Park, but they also don’t like it when they get it (judging by the lukewarm reception to The Lost World). So what gives? The thing is, fans don’t really want the sameness of The Lost World; they want the original, which can never be duplicated. Fans love the original; everything else is just tolerated at best or forgotten instantly at worst.

This takes us back to Jurassic Park III, which was released 20 years ago.

Speaking of forgotten instantly, this sequel-to-the-sequel was the lowest-grossing film of the franchise, and within a year was completely forgotten in the afterglow of Harry Potter, Lord of the Rings, and the second Star Wars prequel. Initially, the film was dismissed as too slight, too straightforward. It lacked much humor, added nothing to the mythos, and seemed there to do nothing more than return us to the island, staring at some dinosaurs, get chased, and get out. It lacked the attempt at the scope that The Lost World had. It lacked the meta-commentary of Jurassic World. It lacked a surreal in an “I can’t believe I’m actually sitting through this” ten minute “one-percenters bet on dinosaurs like they’re at an estate sale” scene of Jurassic World: Dude Where’s My Kingdom. It lacked all of those things. 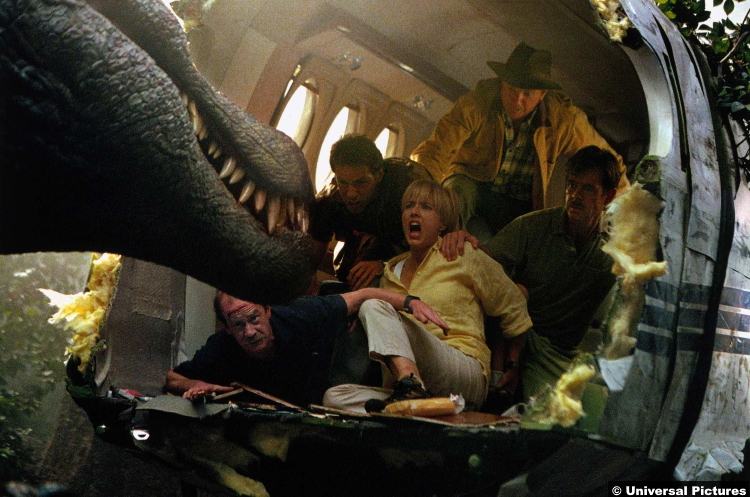 Is it as good as the original? No way, not in any category, not even in the visual effects department. But I’ll tell you what it is: It’s an hour and a half of barely inspired Jurassic Park mayhem, and to me, that’s better than a 2+ hour movie of completely dead, do not resuscitate Jurassic Park blandness.

I say all that to say this: Jurassic World: Dominion releases next year, so consider this your warning: You don’t have to go see it if you don’t want to. If you’re that hard up for a Jurassic Park sequel, you’d do a lot worse (thirty minutes worse at least) with all of the Jurassic Park sequels not named III.