Game of Thrones, one year later

I was originally going to write this back in May, in time for the one-year anniversary of Game of Thrones’ final episode. The days drew closer and though I stared at a blinking cursor many times, I never could muster up the energy to write a single word about the show. With summer in full swing and a dearth of movies to write about, I’m forced to say something about anything. Thus, with my options exhausted, I must write about Game of Thrones.

That the show, as critically and commercially acclaimed as it was during its heyday, could conjure such apathy from me is, itself, worthy of a full article’s consideration.

For years, Game of Thrones was the event-show on television. It had all the critical success of Mad Men and the commercial viability of The Walking Dead, bundled together. Rarely does a show reach the collective zeitgeist. It takes a special premise, and the right release window for a show to “catch on.” I Love Lucy did it, M*A*S*H did it, Seinfeld did it, and Game of Thrones did it. Even more remarkable was the fact that GOT reached its pinnacle of pop culture dominance, not on CBS or NBC, but on HBO, a subscription cable network.

And I Love Lucy, this was not. 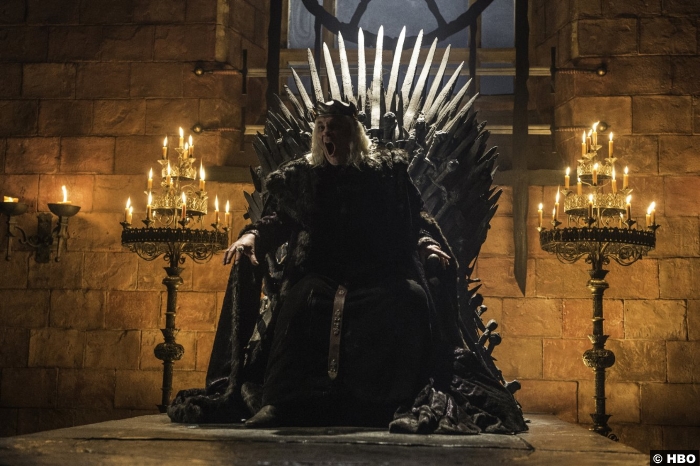 The show was graphic, both in visuals and in language. It depicted rape, murder, torture, incest, mutilation, and more without a hint of blushing. It was a hard-R show, steeped in fantasy and lore, highly serialized and unwelcoming to new viewers. It was a show that asked its audiences to keep up, to follow the political turmoil and shadowy intrigue, promising the action and fireworks the way dessert is promised if you finish your broccoli. And no one minded; the politics and intrigue were just as engaging as the dragons, sword fights, and murders. Since the beginning of Television, network executives have operated under the assumption that audiences are dumb and only interested in loud, dumb, action schlock, or obnoxious, surface-level humor. Anything else was relegated to the fringe. Game of Thrones proved that a show could be smart, layered and immensely popular. 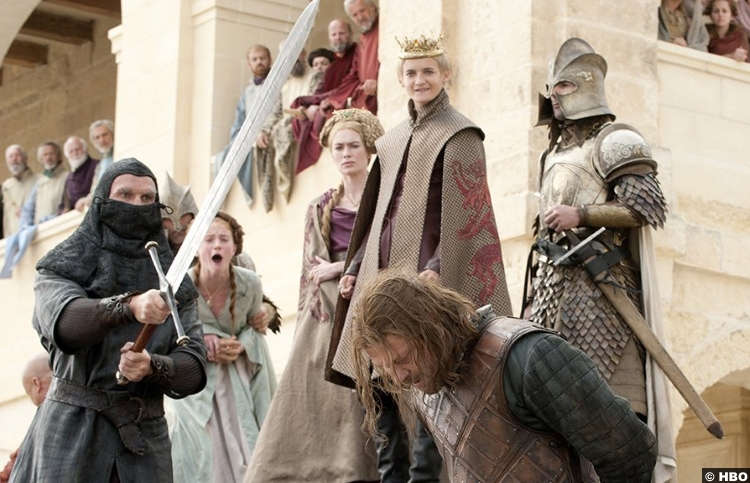 When it began in 2011, the fifth book in the A Song of Ice and Fire series was nearing release. In fact, the book, A Dance with Dragons, released on the same day HBO aired “Baelor,” the penultimate episode to the first season. That was the one that saw Ned Stark lose his head. The shock from non-book fans at seeing the presumed protagonist die before the end of the first season, along with the excitement from book fans at a new tome to wade through created a perfect storm of excitement for the brand (both the book and TV brands, that is). Episode 9 scored a 2.6 rating in the midst of that mania. One week later, in the aftermath of the excitement, the season one finale scored a 3.04, the highest of the year.

After that, there was no stopping it.

Well, I take that back: There was something to stop it. There are two targets to aim for if you’re looking to cast blame with how Game of Thrones ended up so bungled. The first is the show-running duo of the HBO series, David Benioff & D. B. Weiss (henceforth D&D). The second is to book series novelist, George R.R. Martin (henceforth GRRM). 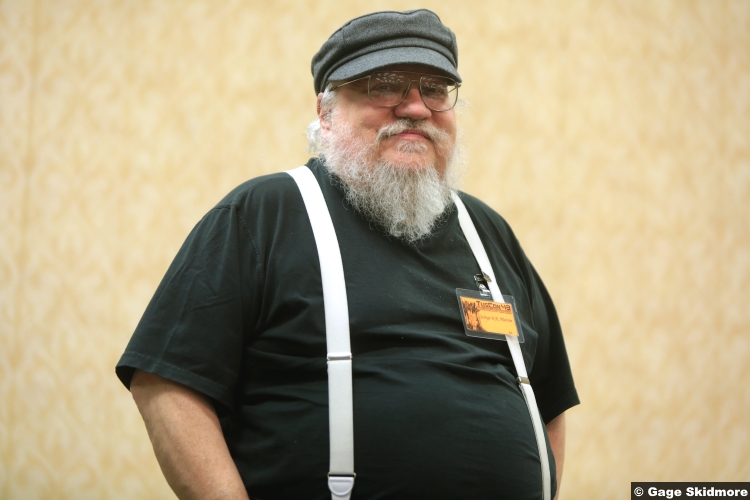 As to the first, let’s not be too hard on D&D. They weren’t hired to “write” Game of Thrones, per se. They were hired to adapt it. Let’s put a pin in that and pivot to GRRM. The A Song of Ice and Fire series is, for all its vastness, a three-act story. GRRM, however, is a notoriously slow writer. Though the series began with some momentum, the first three books released between 1996 and 2000, each coming two years apart. By the time the first three books were done, so too was the first act in the series. So many loose ends were tied up, while new plot threads were left ready to be explored. A Storm of Swords (book three) remains, in my opinion, the best in the series so far, simply because it has a strong sense of resolution to it. After that, GRRM took five years to release his next book, and even then it only featured half the characters. The other characters were set aside to have their stories told in the companion-book. GRRM assured fans it wouldn’t be more than a year or so before the next one released.

Instead, it took six years.

And when did Game of Thrones get to the plot-points of A Dance with Dragons? Season five. In 2015. Only four years after the last book released. By the time writing began for season six, the next book, to be titled The Winds of Winter, had still not released (spoiler alert, it’s 2020, nine years later, and it still hasn’t come out). Now maybe you want to blame GRRM for this. After all, he’s the one taking his sweet time releasing books.

Let’s not let D&D off the hook though. 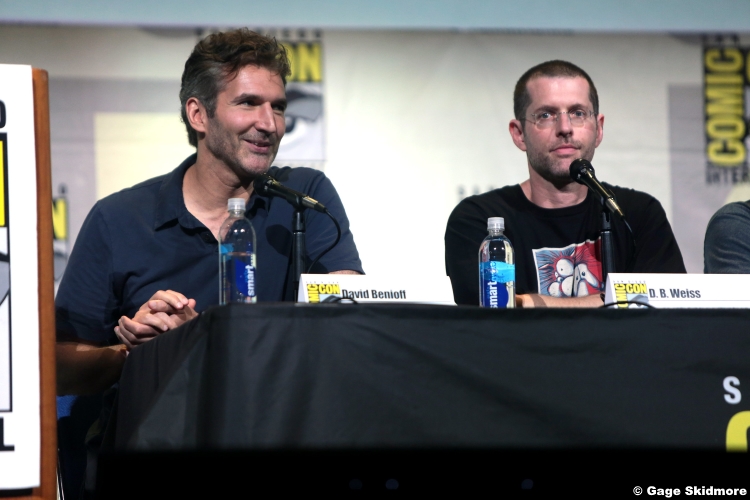 They were the ones who decided what from the book series they wanted to adapt and what they wanted to cut. While the first four seasons roughly translates the first three books, with a few notable but not back-breaking omissions, season five is where things went entirely off the rails. Instead of translating A Feast for Crows (book four) and A Dance with Dragons (book five), D&D opted for a very (very) loose adaptation of the two books, burning through the material in a single season.

Now, remember, Feast and Dance were basically intended to be read as a single volume. The first book focuses on the Lannisters, Greyjoys, and Martells, as well as Arya Stark in Braavos. In Dance, we read what Jon, Bran, Tyrion, and Dany are up to. While together they constitute a single story, combined the two books total eighteen-hundred book pages to adapt. That’s roughly the same amount of material as the first two and a half books. Do you know what the first two and a half books were, in terms of the Game of Thrones show? Three seasons.

D&D had roughly three seasons worth of material when they sat down to start “writing” season five. All they needed to do was stay as close to the books as they could, and seasons five, six, and seven would have been adapted before they ever needed to worry about what would come next. Instead, they basically jettisoned the details of the two books, went with a quick “greatest hits” highlight package in some cases, and wholly invented new scenarios in other cases, and wrapped up the only two books they had left to adapt in (roughly) the fifth season. 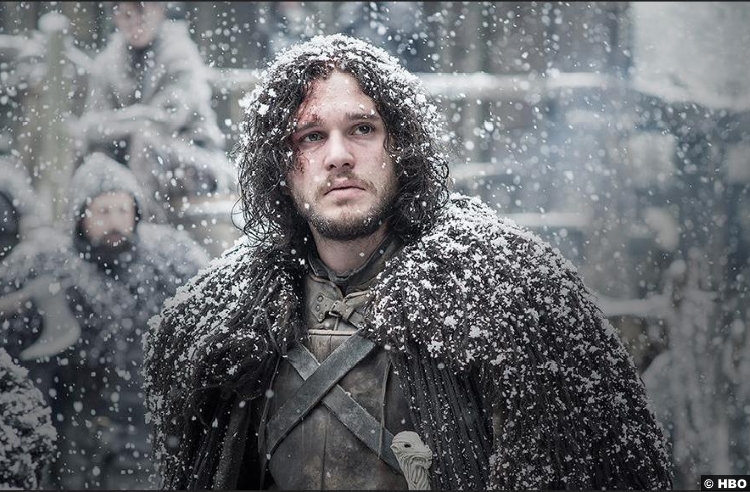 After that, fresh out of material, D&D relied on a weekend conversation with GRRM, where he relayed the overall arc that remained in his books and said where the key characters’ stories will end. Armed with that info, they churned out three more, increasingly frustrating seasons, with shallow character arcs, blunt motivations, dumb scenarios, and decisions by key players in the story that baffled at best and were maddeningly out of character at worst. The ratings stayed high through the final stretch, but the frustrations continued to mount. By the time the final season aired, it was clear that D&D had no idea how to finish the story beyond doing the barest minimum. 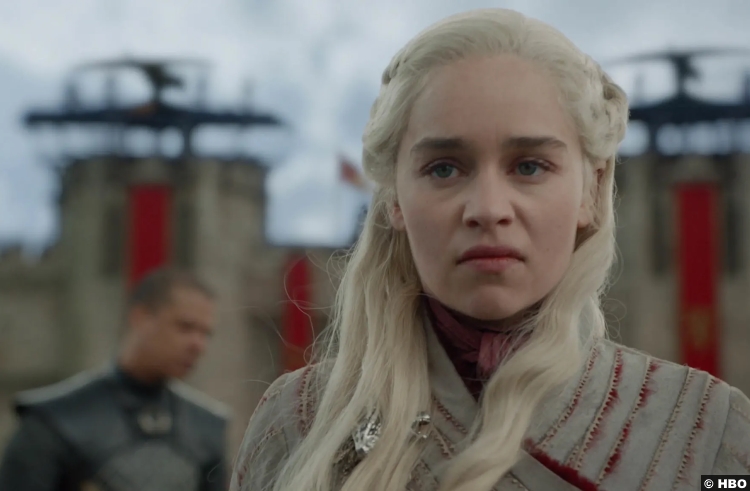 D&D deserve all the blame for their decision to basically ignore the bulk of Feast and Dance. At the same time, even if they hadn’t ignored those books to the extent they did, the next book still hasn’t come out, so in the end, they were always going to have to improvise something.

The writing duo that started out adapting massive books to great acclaim, ended their run adapting a three-page outline to great disappointment. A show with layers and cleverness and intrigue and drama devolved into loud, dumb, action schlock, with obnoxious, surface-level humor. There are no winners here. Game of Thrones is over, and its end was so ignominious, it has all but disappeared from the collective consciousness it once held so firmly just a few years ago. So while this…

Dan wanted to remove as many fantasy elements as possible bc “we didn’t just want to appeal to that type of fan.” They wanted to expand the fan base to people beyond the fantasy fan base to “mothers, NFL players”…

rightly angers me (imagine living in a world where Avengers Endgame is a time-travel, universe-spanning, comic book fantasy story, and is also the biggest movie ever, and being D&D saying “we didn’t want fantasy because it doesn’t appeal to people”), I can’t hate them anymore than I can hate my toaster for its inability to play music. A thing can only do what it can do. D&D can adapt a book. When they stopped adapting A Song of Ice and Fire (first of their own volition, and then later due to GRRM’s inability to finish the series), the show suffered… 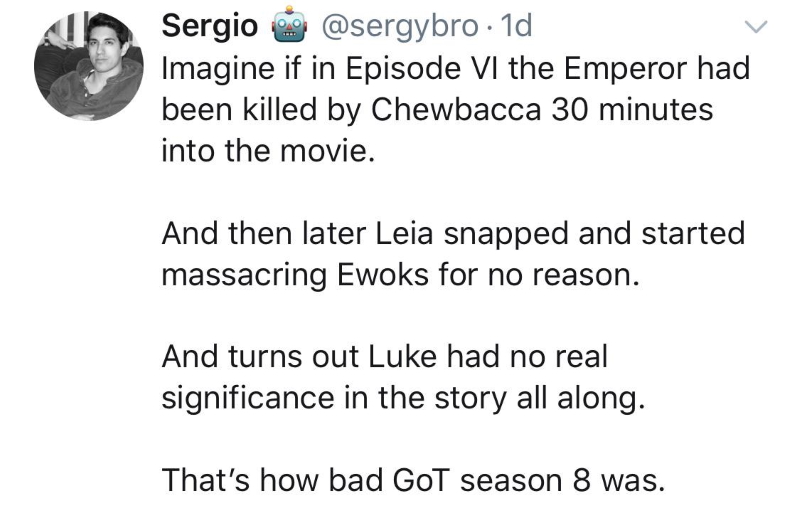 D&D deserve blame for yeeting Feast and Dance. GRRM deserves blame for giving them nothing to work with after Dance. The fans didn’t deserve any of this, but Game of Thrones is what we got.