Already we’ve considered the very “era-specific” fun of Shrek, a movie that has aged better than you might think, precisely because it refused to conform to the Disney/Pixar style it was rebelling against. We also looked at the still-cool and slick Oceans 11, a movie whose charm and fun remains as effective today as it was back then, as well as A Knight’s Tale, a movie that’s anachronistic in all the best ways. And so is the Royal Tenenbaums, a movie that took Wes Anderson’s already-honed style and put it in his biggest production yet. On the other hand, Memento illustrates a director still honing his time-bending style of filmmaking. Not to be outdone, in June we looked back on one of the most surreal films ever made, David Lynch’s dream-and-“dream” inspired ode to old Hollywood, Mulholland Drive. That was followed up in July with a reminder of how great Gosford Park is, both as a murder mystery, and as a period piece with needed social commentary. And there’s Donnie Darko, which blew the minds of the handful of people who saw it in theaters. Meanwhile, there was A.I., a movie that showed just how weird a movie can be when it combines two very different styles, one that is often emotionless and one that is always feeling.

And speaking of feelings…

In 1995 Pixar made a name for themselves with Toy Story. It was one of those rare “revolutionary” movies that so enthralled the industry it earned the studio a “special achievement” academy award. There was no “best animated feature” category at that time and, if you ask me, there doesn’t need to be. A movie is a movie, regardless of how it’s made, and a great movie can be animated or live-action, filmed with actors or drawn on a computer. That’s an opinion shared by many of Pixar’s legendary minds as well, which makes it somewhat ironic that it was their incredible work on the studio’s first batch of movies, that led to the creation of the “Best Animated Feature” category in the first place.

Before Monsters Inc, it could have been argued that Toy Story was a lightning in a bottle sort of film. After all, the follow-up from Pixar, A Bug’s Life, failed to dig into the cultural zeitgeist the way the adventure of Woody and Buzz had done a few years earlier. The fact that their next movie, Toy Story 2 was, (1) a sequel to the first big hit, and (2) equally as impactful as the original, only solidified the impression that Pixar was a one-hit-wonder, capable of churning out the typical Disney sequel without ever being able to capture lightning twice.

Monster’s Inc. was the movie that proved Pixar was here to stay. 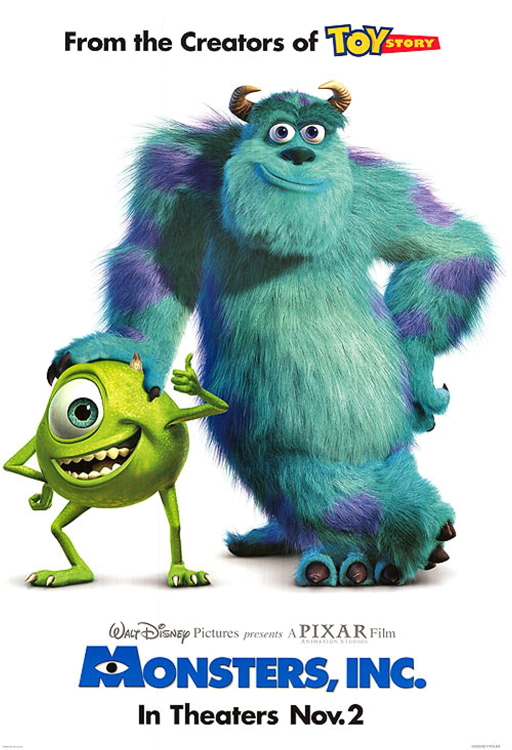 The film was made, as so many of Pixar’s movies were (and still are) with the desire to achieve something that had never been done in computer animation before. In later films, they would tackle realistic water effects (Finding Nemo), natural lighting (Wall-E), realistic muscles (Incredibles), and the seemingly impossible physics of an octopus (Finding Dory). In the case of Monster’s Inc, the studio set out with a desire to create fur and hair in a way that looked real despite the cartoonish environment around it. To say they succeeded would be an understatement, but the movie would not be remembered as fondly as it was if it merely made characters with lifelike fur. The real power of Monster’s Inc was its ability to create characters that could draw out genuine emotions from its audience. 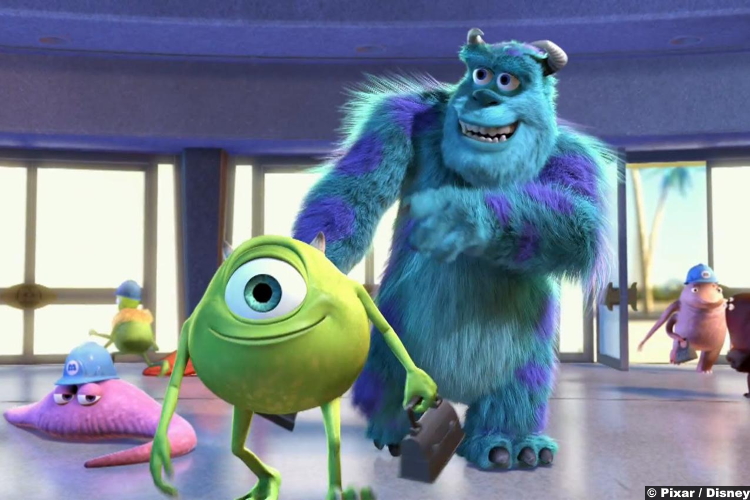 We went in expecting a romp. We got a heartwarming story with the perfect mix of pathos and humor, adventure and heartbreak. It was the movie that, in many ways, brought back the old Disney magic, the kind of storytelling that seemed to have gone by the wayside in the 70s, made a brief come back in the early 90s, and basically disappeared into a fog of gags, sarcasm, and paper-thin plots. This was the era between the end of the Disney Renaissance and the “Tangled/Frozen” revival under John Lasseter. In fact, It was John Lasseter at the helm of Pixar at this time. He was the most Walt-like creative force since Walt himself and under his guidance, along with Peter Doctor and Andrew Stanton (essentially the dream team of early Pixar), Monster’s Inc was able to grow beyond its technical feats and its surface-level fun. 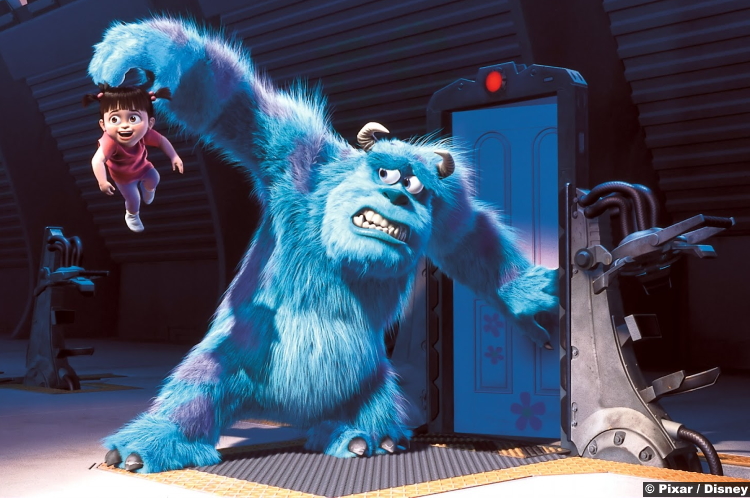 In the years that would follow, Pixar would continue to hone their heartstring-tugging skills, creating tender moments in countless more movies, and while Toy Story 2 had the gut-wrenching “Jesse’s Story” scene, that was just a proof of concept. The formula was codified in Monster’s Inc., first with a moment at the end of the movie, where the hero—a loveable monster—has to say goodbye to the little girl he quasi-adopted along the way, and then with the final shot of the film, as the monster is given a piece of the door that will allow him to see his friend again. The heart breaks and then elates, and we don’t even notice anymore that we’re crying over the smile of a giant furry monster. 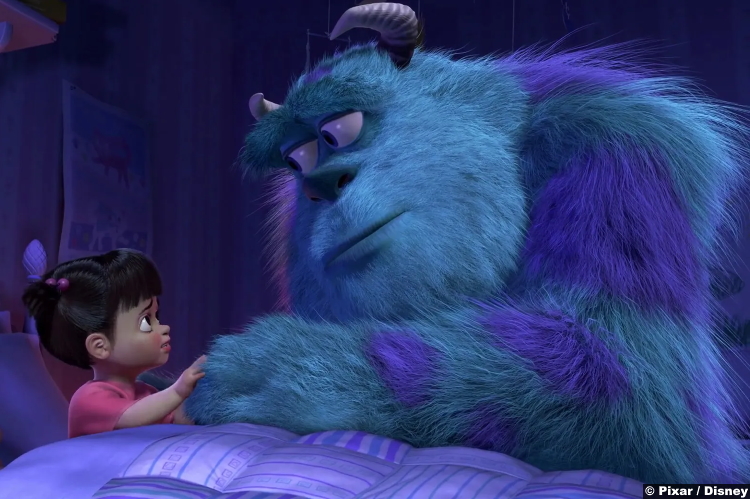 I walked into Monsters Inc in November of 2001, merely to watch a teaser trailer for Star Wars: Episode II. I had intended to leave after the trailers ended, but decided to stick around with nothing better to do. Ninety minutes later I walked out, more than a little misty-eyed, saying “that was awesome.” It was.