Already we’ve considered the very “era-specific” fun of Shrek, a movie that has aged better than you might think, precisely because it refused to conform to the Disney/Pixar style it was rebelling against. We also looked at the still-cool and slick Oceans 11, a movie whose charm and fun remains as effective today as it was back then. 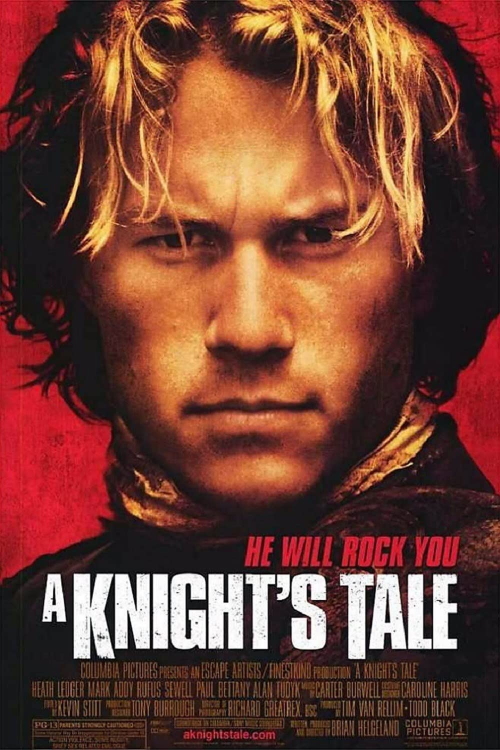 The Knight’s Tale is the first chapter of Chaucer’s Canterbury Tales, one of the most seminal and important pieces of medieval writing civilization has in its possession. But enough about that, let’s talk about A Knight’s Tale, the movie from 2001, which received middling reviews and was mostly forgotten soon after release, only gaining a second life due to the death of its star, Heath Ledger, seven years later. Nonsense to that; A Knight’s Tale is a stone-cold classic and worthy of remembering.

Here are ten reasons why the movie deserves recognition, and why it’s so great, twenty years after the release…

1. It is exactly what it says it is. It’s just a knight’s tale. It’s simple. It’s quaint. It’s not epic. It’s not grand. It’s just a light, slight, romantic-sports movie that just happens to be set in a medieval period.  The whole thing could have been set at a Medieval Times restaurant in the late 90s and you’d hardly know the difference.

2. The movie is overflowing with a great cast of “hey it’s___” actors and actresses. Among the stars and bit parts are the future Joker, King Robert Baratheon, Marvel‘s Vision, Lydia from Breaking Bad, and the perpetually underrated Alan Tudyk. The villain is one of the most “that guy” actors of his era; I best remember him as the gigantic toolbag Alexander Hamilton in the stellar John Adams miniseries on HBO. The movie’s like the Bill Walsh coaching tree of 2000-era cinema. 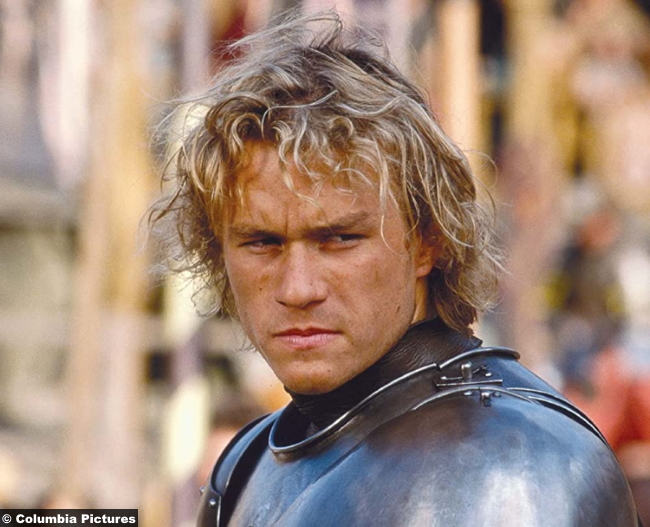 3. The soundtrack. The score is fine enough. When it fades into the film it works about as well as a late-90s, early-00s period film score would. It’s maybe the most dated part of the movie. Fortunately, the score is only a sliver of the pie. The real standout is the music selections, featuring songs by Queen, AC/DC, Eric Clapton and others. The use of “modern” rock music in a period film was probably the biggest obstacle holding the movie back in the eyes of its critics. The idea, according to writer/director Brian Helgeland was to use music that we understood, in terms of the emotions the songs we know bring out of us, as a way to capture what actual period-appropriate music would have brought out of the audience of its day. I get it. I like it. It works. Hearing We Will Rock You as the opening joust kicks off the movie immediately sets the tone for the film: A Knight’s Tale isn’t going to take itself seriously, so neither should we.

4. The jousting and swordplay are played straight and filmed with all the exhilaration of a modern sports match. While most of the movie is simple fluff, the one thing the movie did not make light of was the actual jousting and sword fighting in the various tournaments. If those didn’t work, if the movie poked (too much) fun at them, then the emotional center of the story would be shot. Instead, brief though the jousts are, they are filmed with the right amount of reverence to keep the audience invested in the plot.

5. The screenplay is legit funny, never too hammy or eye-rolling, which is always easy to do in a period film (even one that’s not trying to win any awards). The film is paced perfectly, starting hot with the first tournament, before slowing down to introduce a few new characters and allow the thrust of the plot to be established. All this is done without ever becoming too droll, and without the viewer checking his watch, bored while waiting for the next joust. The film is too funny and the actors have too much chemistry for viewers to get bored with it.

6. Paul Bettany steals the show as Geoffrey Chaucer. He gives 110% and acts as if this is his movie, just the way a supporting role should be. 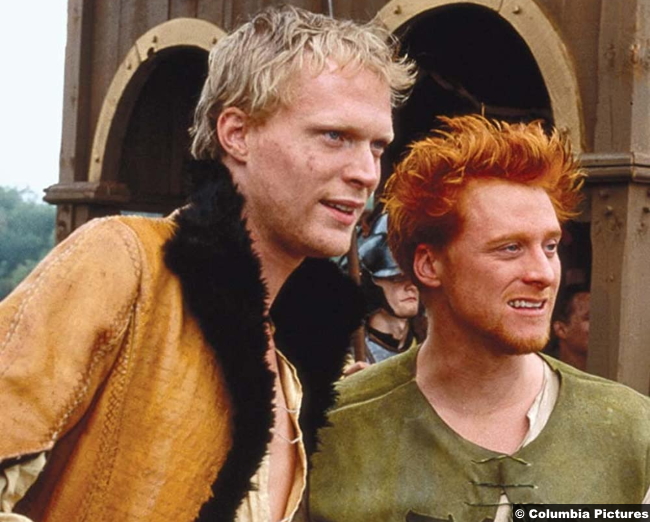 7. A stroke of genius move by writer/director Helgeland was to take the character of William’s father out of the flashback and into the present day. It took a movie that, to that point (2/3 of the way through) was pretty surface-level entertainment, and gave it more of a character-developing focus for Will. Suddenly the movie was no longer just about an overachiever proving the big shots wrong, it was now about a poor boy proving his father right. Good stuff…

8. …made even better in the way the father-character was used as more than just padding to the late second act. Instead, the poor father’s very existence puts William (who had been posing as a Knight of nobility despite being a peasant) in jeopardy just before his climactic joust with the movie’s big bad. It’s one thing to use a father-figure to develop the lead character; it’s even better when that development is woven so tightly into the main plot of the movie. Really good stuff.

9. Because of the previous two points, the “final battle” features more than just the expected-smackdown of the film’s main baddie; it also shows a character embracing who he is (a peasant turned knight) and fighting for it, as opposed to just against the baddie. Anytime a story can be about a character accomplishing something positive, instead of just stopping something negative, you’re guaranteed to leave a strong impression on audiences. That’s what this movie’s climax does.

10. The after-credits scene (yes a movie released in 2001 has a post-credits scene) is a fart joke at Alan Tudyk’s expense. Really hard not to love this movie.

A Knight’s Tale did not wow anyone when it was released in 2001. It got lost in the shuffle of Shrek and (ugh) Pearl Harbor, which came one week and two weeks after it, respectively. It made a little money and won a few fans, but mostly it was met with indifference and forgotten for most of the decade that followed. It’s time to return to this movie of simple fun and charming romanticism. The film deserves to be remembered with fresh eyes after so long out of the spotlight.

It is still a delight, still hilarious, and still awesome, twenty years later.