Already we’ve considered the very “era-specific” fun of Shrek, a movie that has aged better than you might think, precisely because it refused to conform to the Disney/Pixar style it was rebelling against. We also looked at the still-cool and slick Oceans 11, a movie whose charm and fun remains as effective today as it was back then, as well as A Knight’s Tale, a movie that’s anachronistic in all the best ways. And so is the Royal Tenenbaums, a movie that took Wes Anderson’s already-honed style and put it in his biggest production yet. On the other hand, Memento illustrates a director still honing his time-bending style of filmmaking. Not to be outdone, in June we looked back on one of the most surreal films ever made, David Lynch’s dream-and-“dream” inspired ode to old Hollywood, Mulholland Drive.

And speaking of odes to bygone eras… 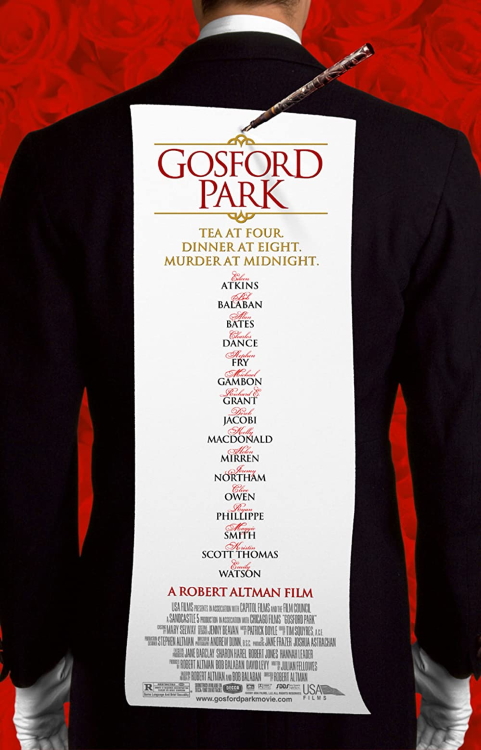 Upon rewatching Gosford Park, I couldn’t help but draw comparisons to Rian Johnson‘s excellent murder mystery, Knives Out. Both feature sprawling casts of Hollywood A-listers, a razor-sharp screenplay, and enough twists and surprises to fill a season of TV, much less a single two-hour runtime. There is one critical distinction between the movies, however, and it’s not the modern setting of Knives Out vs the 1930’s setting of Gosford Park. No, the big difference between them is that Knives Out was one part homage and one part parody. It was a parody that played it straight of course, but still was a parody nonetheless. It was made with all the tropes of the medium in mind and with an eye to playing with those established rules. Gosford Park on the other hand is less interested in screwing around with the established structure and rules of a murder-mystery/whodunit, and more concerned with messing with the rules and expectations that the people involved in a murder mystery would have.

It’s no spoiler that Gosford Park ended up inspiring the creation of last decade’s TV show phenom Downton Abbey. The film’s writer Julian Fellowes created the series, originally intending it to be a spinoff, before deciding on an original idea. The same basic template—minus the murder mystery—remains, and if you think the “murder mystery” part is kind of a big part of the template, you’d be mistaken. Gosford Park isn’t about the murder at all.

The murder itself doesn’t even occur until nearly 70% of the movie is complete. 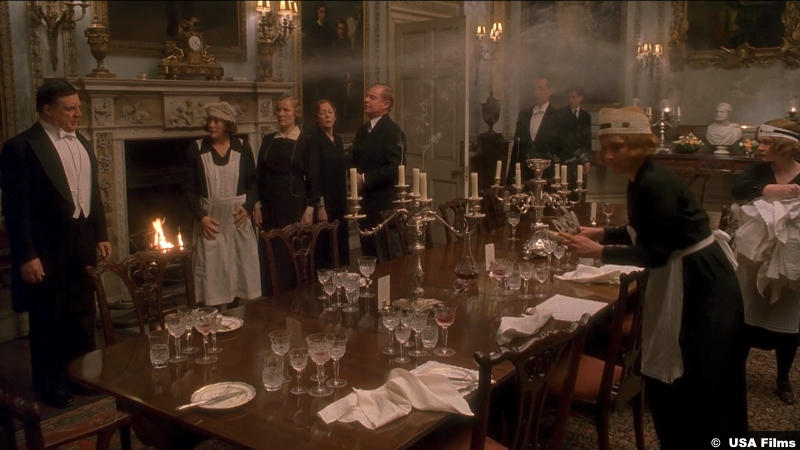 The real point of the movie is the class divide between the servants and the masters, between the upstairs and the down, between—to use a modern colloquialism—the “haves” and the “have nots.” The film explores not only the surface-level differences, such as how the masters struggle with money problems while the servants (all of them unimaginably poorer) worry none at all about finances, or how the masters squabble over sordid affairs and hidden romances while the servants have their dalliances almost brazenly with little more than winks and nods by their peers. The movie goes deeper than that, being concerned with the personalities that form when someone is raised as a “have” vs. a “have not,” where those personalities overlap, and why they sometimes are irreconcilable.

Perhaps my favorite running gag throughout the film involves a man masquerading as a servant while secretly being a Hollywood actor. While he performs his duties as a member of the “downstairs” troupe, he catches the eye of some of the “upstairs” ladies, one in particular. What follows is pretty much exactly what you’d expect, but the real delight comes when the servant is exposed as a man of privilege and is waited on by the very servants he once worked alongside. The same lady with whom he previously had his one-night affair now wants nothing to do with him. There’s never a line of dialogue or exposition to clarify why the change took place, but simply by looks from the actors in question we understand: She only wanted him because she thought of him as beneath her. She wanted the feeling of taboo. Once he was raised to her level he was no longer special. 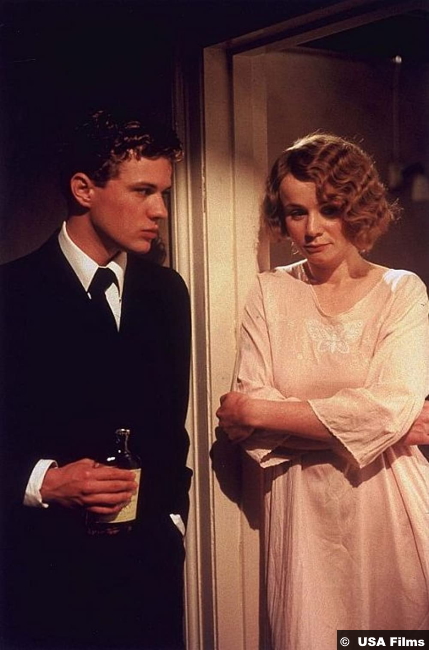 The way the movie plays with those contradictions is the great joy of the film, culminating in the patriarch of the family being both poisoned and stabbed by two different murderers. Who did it and why I’ll not spoil, but suffice to say, like the movie itself, the mystery is not centered around finding out the murderer (hilariously there’s very little interest, apart from morbid curiosity, by anyone in the house in finding out the killer’s [or killers’] identity), but instead on examining how such a crime is handled by these two very different classes of people who all live under the same roof.

Gosford Park is a delightful film, at times funny, at times gripping, at times captivating in its mystery before spinning itself on its head and forcing the viewer to reevaluate what the point of the film really was. It’s probably not the first movie people think of when they look back on the great films of 2001, but it remains a treat, and one of the best in its genre.