Vikings S05E20: Ragnarok- An uneven season ends on a hell of a battle that is still an anticlimax

The fifth season of Vikings has been rough. The first part started with an enticing battle and siege of York only to lose its way until the very serviceable mid-season finale. The second part started with some much needed Rollo, then proceeded to fall off a cliff named Wessex before rallying with some quality episodes as the season drew to a close. Ragnarok is the culmination of this up-turn in quality, a season finale that fulfills the same function as the mid-season finale, by having the sons of Ragnar fight once again with Bjorn this time finally besting Ivar to become king of Kattegat. It’s a battle episode, meaning there isn’t as much to talk about as usual, but Ragnarok provides a quite fitting ending to this era of the show. 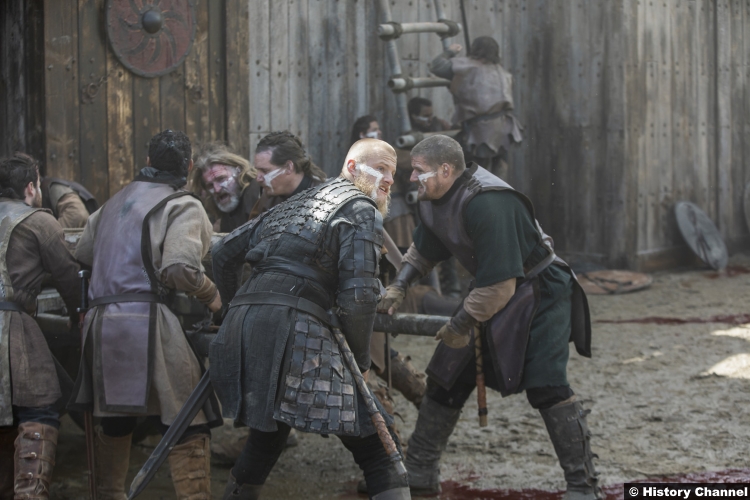 First thing’s first: what a battle! Vikings is not known for fudging its set pieces, but this was truly one of the best that the show has ever pulled off. We got some quality violence as Bjorn, Gunnhild, Hvitserk, Harald, and Magnus tried to penetrate the walls, newly built by Ivar (DO YOU GET THE PARALLELS!), to take Kattegat once again. To be honest, before I watched this episode I was not feeling too positive about the direction the show was going. Bjorn vs Ivar felt like the show resting back into old patterns. I get it, this is Vikings, they’re going to fight, but it Kattegat has felt like the venue of a particularly bloody game of musical chairs. I thought I was over it, that is until the ground was drenched with blood, people were on fire, and everyone was roaring their way through their own personal spree killings. It got my blood lust up, I admit it, I was roaring and cheering on Hvitserk, that’s right, even Hvitserk, while applauding Ivar’s ingenuity. It was an awesome spectacle, and the most exciting the show has been all season. 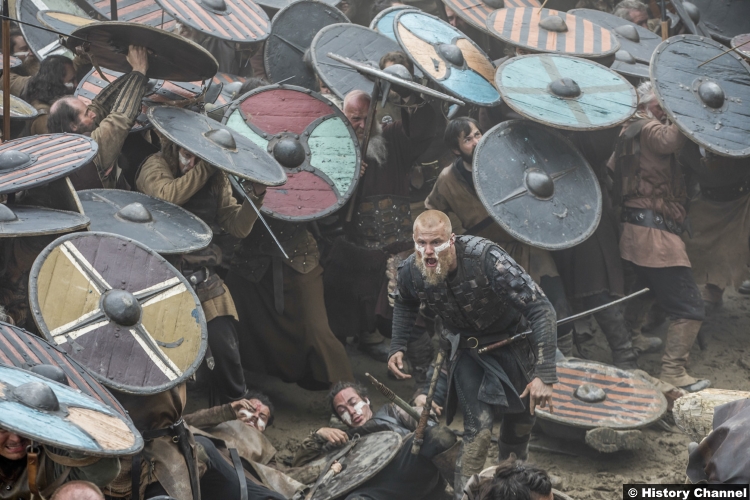 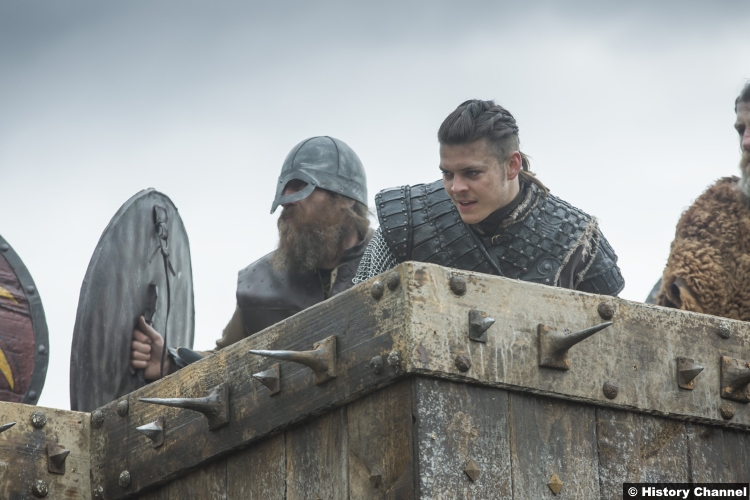 But no battle is complete without some mini-narratives, and Ragnarok had a few. The big news was, of course, Ivar’s spectacular defeat, the reasons for which have been pieced together for the last ten episodes. Ragnarok echos, literally at the end, with Ragnar’s thoughts on power and ruling: “Power is always dangerous. It attracts the worst and corrupts the best. Power is only given to those who are prepared to lower themselves to pick it up.” Ivar lowered himself to his newfound power by symbolically, and literally, heightened himself to the status of a god, the chosen son of Ragnar. He has ruled Kattegat by trying to spread his own delusion to the townspeople, with those that challenge him, including Hvitserk’s girlfriend, being burned alive for their troubles. By perpetuating a feeling of isolationism, that his people are the chosen ones along with him, and everyone else is the enemy (again, parallels so obvious I shouldn’t even need to point them out) Ivar has mocked and destroyed what his father wanted for his people. Ivar’s deadly inferiority complex ended up being his undoing as it was his wife who let his brother’s army in to take his status as king away from him. Freydis, oh sweet plotting Freydis, the woman who fed this delusion for her own gain, is dispatched by Ivar in a pathetic (for Ivar) and gruesome fashion.

On the other side of things is Bjorn who, it could be argued, has been the proper main character this season. I’ll state my case: we began with the possibility that Rollo, not Ragnar, could be Bjorn’s father. At first, I wasn’t entirely sure if the show had forgotten about this revelation, I couldn’t think what it’s overall function was other than a cheap grasp for drama. Yet it’s clear to me now that Bjorn’s road to becoming a ruler began with that very revelation. He spent most of his time in England feeling disconnected from himself and his desires, but taking back Kattegat from Ivar would prove that he was Ragnar’s greatest son. Let’s face it, he doesn’t exactly have a lot of competition. Ubbe remains a bit of a blank, though he did consolidate Ragnar’s dream of peaceful settlements, and Hvitserk, while a pretty formidable warrior, still feels slightly aimless, forever in the shadow of more interesting characters. Now, with Kattegat won, and Bjorn crowned king by the returning Lagertha (now the look between Ubbe and Hvitserk was juicy, I’ll admit that) Bjorn now has the chance to forge his own path. 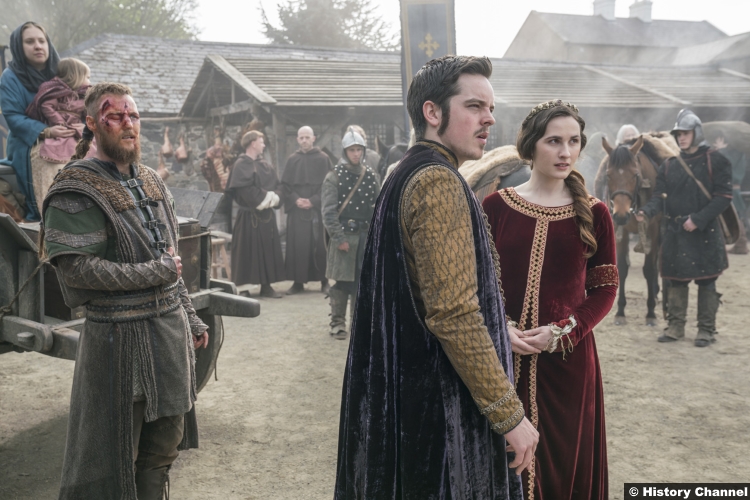 His path, and indeed the path of Vikings remains uncertain. The show will officially end after the sixth season so it makes sense that Michael Hirst would whet our appetites in the only way he knows how: a crazy vision. Just as Bjorn is crowned king he flashes to a field of bodies, his father’s sword stained with blood and his father’s words echoing in his ears. Even the Seer has a cameo as he waxes vague about Bjorn’s future, except that he will be more famous than his father, but who knows whether the reasons for this will be good or bad.

8/10 – Ragnarok feels a little like an anticlimax, mainly due to the fact that the only significant deaths were Freydus and Magnus, but it was filled with great character moments: particularly Harald saving Bjorn. That guy is fast becoming one of my favourite characters. I can’t believe I just wrote that. It’s been a bumpy season, one that has spent far too much time in Wessex with Alfred, but Ragnarok was all Vikings.