The Most Terrible Thing continues Vikings slight resurgence over the last four episodes. It’s true that the show is past the point where it was once essential viewing, with the compelling characters, a merging and clashing of cultures, and some of the best action scenes on television that made it more than just a good distraction between seasons of Game of Thrones. Part of the problem of reviewing a show week to week is that it’s too easy to complain and point out flaws when they are as deeply embedded as they have become in season five.

At times Vikings is giving me the kind of headache that I thought could only be caused by The Walking Dead, as the show continues to lean into plots and characters that have morphed the show into a shadow of its former self. Because of this, and so you don’t have to read these same old complaints, I’ve decided to lower my standards a little, and focus more on what I think the show is doing right, since it has gotten itself back to a bit of consistency of late. So, let’s get the complaints out of the way, and, as always, it’s about England.

Thankfully, we only spend about a third of the episode in King Alfred’s court as the fallout of his brother’s death takes hold. It’s not the worst, or indeed the dullest that the England story has been, after all, Judith’s descent into madness as she tries to protect her and Athelstan’s son has been the most interesting thing about this now that the Heahmund nonsense is out of the way. Even so, Alfred, despite a solid performance, is a weak character. I don’t weak-willed, or weak of spirit, though he is deliberately those things, he just isn’t that interesting compared to previous English rulers. His scene in which Judith reveals the truth is so one-sided, with Jennie Jacques doing some fine work that Alfred just can’t keep up with. It also doesn’t help that the next Northern attack comes from a group we have never seen. There’s just no punch to it. 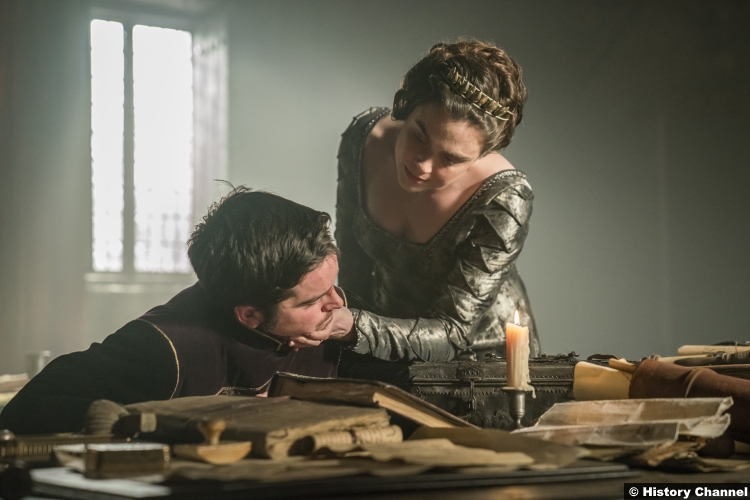 Elsewhere, The Most Terrible Thing does good work when it focuses on the titular Vikings. A recurrent theme of the episode is the cost of ambition and success. As a warrior people the spaces between battles have to be interesting, and despite some story arcs that still aren’t quite working, there is good stuff to be found here. The cost of ruling is at the heart of this episode, with Judith working literally sacrificing one son to save another, and Ivar, Bjorn, Harald, and Floki having to deal with the consequences of their own ambitions and fame. Ivar’s Caligulaesque megalomania still feels like the weak link here, though it’s true that Ragnar’s sons who aren’t Bjorn share this problem equally. Unlike Bjorn, Ivar, Ubbe, and Hvitsek are not as layered as Bjorn and are downright two-dimensional when compared to their father. It feels like Ivar and Hvitserk are stuck in a game of chicken, waiting to see which one blinks first. The problem is that this doesn’t amount to much more than the two having the same conversations with their respective wives and girlfriends. 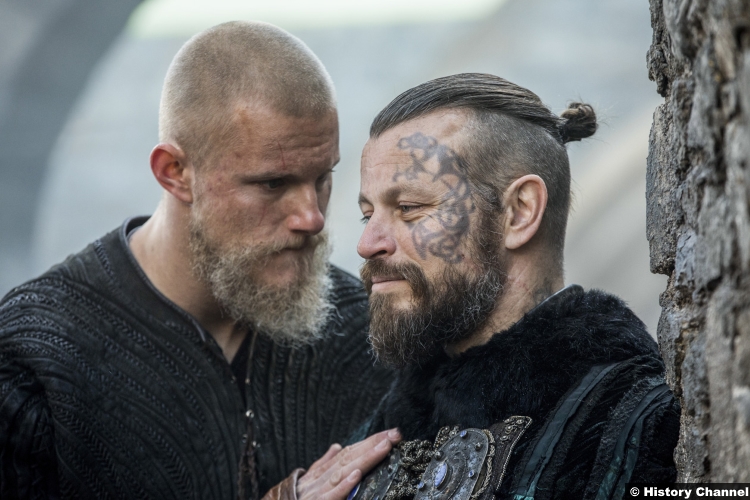 There’s a lot more to dig into in York as Bjorn and Harald are vying for the affections of Gunnhild, a woman that is more than a match for both men. Though it is annoying how they fetishize her fighting prowess considering the fact that shieldmaidens are supposed to be excellent fighters. But I digress, as York is easily the strongest part of the episode. Which brings me to a startling realization, I’m finally a fan of Harald. After spending so long on the sidelines, a character that always promised to be the next major villain even though he never convinced me that he was up to the task. Since the mid-season finale, where he lost his wife and killed his brother, Harald has become something of a tragic figure. As he edges closer to his ambition to be King of Norway he has lost all of the connections that made him human. At heart, he is a romantic, an abusive and selfish prick, but a romantic nonetheless. His pursuit of Gunnhild gives us an insight into the loneliness that was the cost of his success, as Bjorn aptly puts it, he is a man in love with being in love. Bjorn has different problems. As one of the most famous men on Earth he has never been in love, perhaps his fame makes it difficult to connect with people in any kind of serious way. All of which leads to the show’s most erotic scene in what feels like decades as he brings his shields down with Gunnhild. It’s still too early to figure out Gunnhild’s true motives, but it’s a powerful scene. 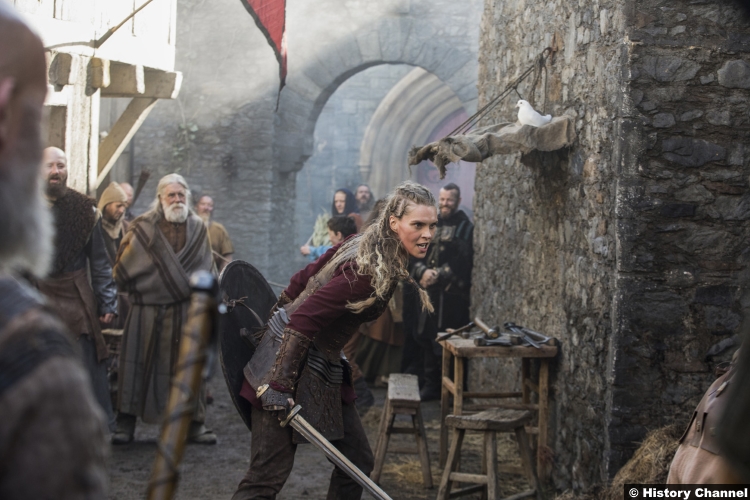 As is Aud’s suicide, in which Floki loses his last hope of making his settlement work after an act of final bloodshed. Floki has failed in his divine mission, everything he has worked for has been destroyed by a petty rivalry. It’s hard to see where he can go from here but Gustaf Skarsgård’s brilliant performance, especially over the last few episodes, has kept this plot from being a complete loss.

7/10 – The Most Terrible Thing is far from Vikings best years, but there is some spirit left in this show that could point to a satisfying conclusion when it ends after next season.