Vikings S05E12: Murder Most Foul – How can this much sex and death be so dull?

Being a Vikings fan at this point feels a lot like how Floki’s settlers must feel. In Floki’s place is Michael Hirst, the showrunner that sold us on a promise that the show could live on and be as creatively rich after the death of its main character, Ragnar. The show is supposed to be a saga following the exploits of Ragnar then his sons, but instead of new characters that can fill the hole left by TV’s most famous Viking, what we have is a bunch of plots and characters going nowhere. Hirst promised us an epic story but it feels like we have been taken in by the ramblings of a madman who, if Murder Most Foul is anything to go by, just wants to re-live the glory days of The Tudors.

Vikings doesn’t seem to be about the Vikings anymore, with Hirst clearly more interested in the origins of King Alfred, who is destined to become Alfred the Great, and boosting Jonathan Rhys Meyers’ Heahmund into lead character status. This means that the sons of Ragnar, as well as his ex-wife, and his oldest friend, are left languishing in a kind of narrative purgatory. It’s worrying when the titular characters are the weakest points of any given episode, and it makes for incredibly dull viewing.

Admittedly, Murder Most Foul has some interesting ideas, it’s just lacking interesting characters. With no Rollo to boost the show, this week Vikings relies on Alfred and Heahmund, with differing amounts of success. Alfred is the most interesting player here as he is quickly becoming a savvy ruler in spite of certain forces, mainly the church, poised to rise against him. Unlike his step-father, King Athelwulf, Alfred cuts a figure more reminiscent of King Eckbert, using forms of man-management as a way to make inroads with the Northerners. His manipulation of the more pliable Ubbe is proof of this, even if it does seem like Judith is pulling the strings. That’s no bad thing as Vikings could use a strong female influence that isn’t just about sex. 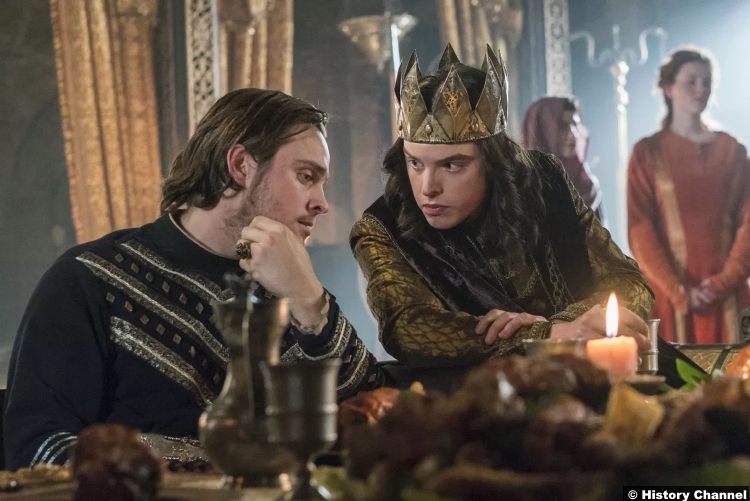 Speaking of sex, Murder Most Foul is an extremely horny episode, even if the couples involved don’t quite have the spark to elevate proceedings past titillation. There is a lot of different combinations here, but the main concern, both in Wessex and Kattegat, is consolidating the royal bloodline. Both Ivar and Alfred have heirs on their minds, yet both react quite differently in their respective situations. Alfred’s position is a little more precarious than Ivar’s, given his perceived attacks on the church, and striking an uneasy partnership with Lagertha, Bjorn, Ubbe, and Torvi. All of this means that he doesn’t have time to entertain his prospective wife. Ivar, on the other hand, is settling into life as ruler of Kattegat, announcing to the town that their new queen will be Freydis. Ivar has proved himself as an almighty warrior, tactician, and all-round mascot for the gods, but he has always had a weakness for blonde former slave girls with ambition.

Freydis seems to be Hirst attempting another go-around after the Margrethe misfire, even going as far as killing the now insane plotter after Ivar dreamed that she killed him. It’s a surprising turn that falls completely flat since Margrethe was never that compelling in the first place. What her death means for the show is quite simple: she has been fridged (whether you liked her or despised her, it’s still true) in order to give poor lowly Hvitserk a reason to turn against Ivar.

Both Freydis and Alfred’s wife-to-be, Elsewith, end up in the beds, or stables of someone else. Freydis finds a way around the fact that Ivar can’t have children by having sex with one of his men and passing off the pregnancy as some divine gift from the Gods. After all, the Gods love Ivar. Elsewith’s tryst is much less intriguing as she is the latest poorly-drawn female character to be slain by Bjorn’s insane sexual magnetism. I’m not blind, I realize that Bjorn is attractive, but Hirst keeps throwing women at him in a misguided attempt at some future drama that never comes. Remember his affair with Astrid? It meant nothing. Remember his affair with the women who thought crunching his balls was great pillow talk? It meant nothing. What is this for? 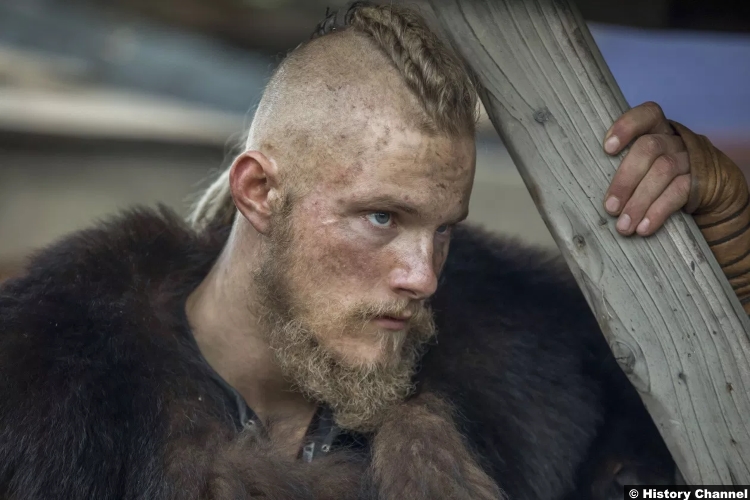 Then there’s Heahmund, the horny monk of nowhere and his impact-less murder of the current bishop after he tried to blackmail him with information concerning the beast with two backs. Heahmund is a terrible character terribly acted by a terrible actor. Jonathan Rhys Meyers seems to be playing Heahmund as the spokesperson for throat sweeties. A deep voice and no blinking does not an intense character make. Perhaps Murder Most Foul’s greatest weakness is how it treats the veterans. Lagertha has been completely static so far, defined mainly by who she is currently or previously fornicating with (is it just me or is that world hilarious?). The once Queen of Kattegat is now relegated to Heahmund’s romantic foil. 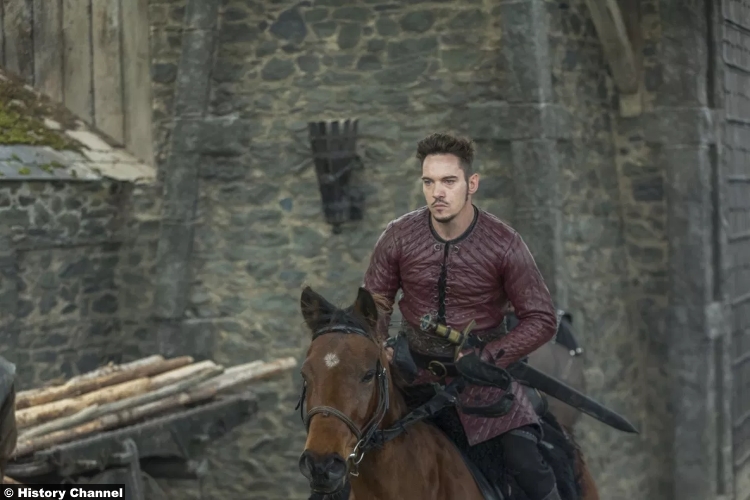 Now let’s bring things full circle with Floki. Murder Most Foul teases us with what could be a brilliant investigation into Floki’s faith. Thanks to the failure of the settlement, Floki is questioning his faith in the Gods, why they don’t talk to him anymore, and even whether they ever spoke to him in the first place. This is a huge moment for Floki, he has lived his entire life based around these beliefs, what if he is just a mad man? Except Hirst doesn’t care about that and instead, we get more threats between the settlers who are now so similar I literally can’t remember who murdered whose son.

4/10 – Thanks Micheal, but your show is cursed, and now good plots can grow here.