Vikings S05E18: Baldur – Ragnar is present in everything these characters do

The post-Ragnar period of Vikings, due to the strange way both season four and five have been set up, has been nearly as long as his time on the show. There have been few shows that could survive the death of their main character, only Game of Thrones comes to mind in terms of success mainly due to the fact that Ned Stark was only around for one season rather than four. We have recently seen the revival and subsequent decline that led up to, and included, Rick Grimes’ exit from The Walking Dead. Vikings falls somewhere in the middle of these two examples.

The show has never fully recovered from the loss of Travis Fimmel as Ragnar, as he was not only the best character, he was also the strongest performance of the entire cast. Fimmel’s magnetism was addictive and elevated lesser actors like Katheryn Winnik and Clive Standen while they found their feet as Ragnar’s wife and brother respectively. Both would go on to be more than a match for Fimmel, so much so that Rollo is sorely missed, and Lagertha’s arc this season has been one of my biggest concerns. But this is supposed to be the story of Ragnar and his sons, and the sons have rarely matched the quality of their late father.

Baldur is an episode that, like much of this season, is concerned with the legacy of Ragnar and the fame that being connected to him can garner. All of his sons must live in the shadow of their father’s achievements, his self-imposed exile not fitting into the myth, while also having a huge advantage because of it. Being the son of Ragnar Lothbrok opens doors, even if it feels like there’s too many of them.

Baldur is the first episode since Ragnar’s death that actually features the most famous Viking in the world. We are given these oh so sweet and short glimpse through a vision of Lagertha’s growing insanity. It turns out that after she went missing thanks to the death of Heahmund (which I still can’t buy into), Lagertha went crazy. The former Queen of Kattegat has had a tough time of late. Not only did she have to kill her pregnant former lover, Astrid, she also had to face up to her affair with Rollo, which means that Bjorn might not be a son of Ragnar, while also having her kingdom and lover taken away from her. It still sucks a little bit, but I can’t argue with how effective Winnik’s performance is in this episode. This is Michael Hirst at his best and worst. Vikings is one of the only shows I’ve seen that can continually turn around a story that is seemingly going nowhere. Just when you think it can’t get any worse, Hirst pulls something out of the bag, in this case, the promise of Lagertha and Judith (who has been the most consistently watchable characters of the English) joining forces. It’s through these visions of Ragnar’s death, in which Lagertha cast herself as his executioner, coupled with a final glimpse of them both in happier times, that brings Lagertha back to herself. 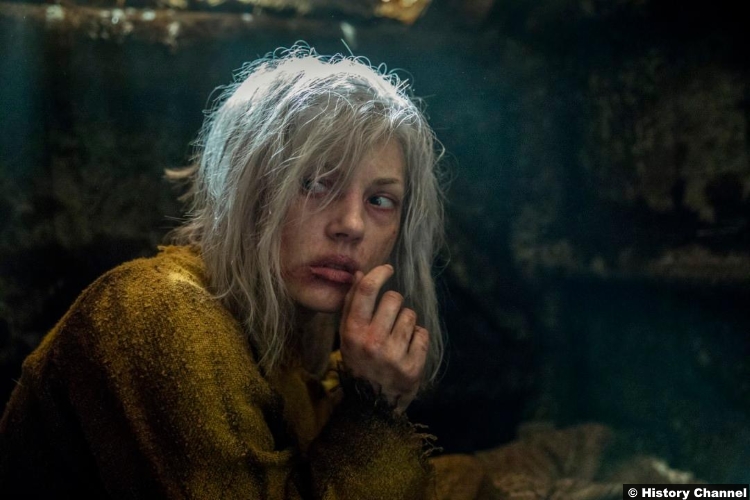 A character that isn’t coming back to the land of the sane anytime soon is Ivar. Ivar’s divinity is at odds with the view of the show’s most divine character. Floki was a huge influence in Ivar’s childhood, the two could often be seen as kindred spirits, but their faith in the Gods has split them into two opposing viewpoints. Floki left Kattegat with his disciples to try and consolidate a pure Viking settlement. While his behavior bordered on the fanatic, he still viewed himself as a servant of the gods. Even at his lowest point when he is burying his confidant, Aud, and threatening the full weight of his fury to her father, Floki has discovered a better nature within himself. Even at his lowest ebb, he still wants to prove himself, even offering to journey into Hel. 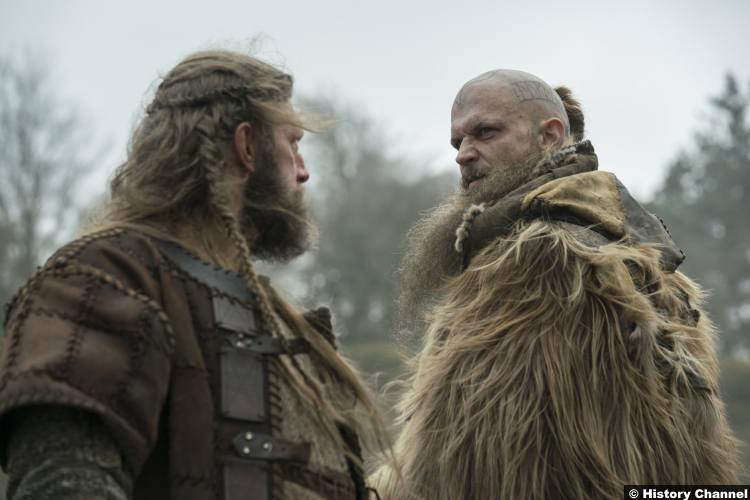 Ivar sees himself as an equal to the gods. Everyone else is his servant, and he rules with promises of keeping enemies and outsiders out of Kattegat. This hasn’t convinced all of his people as his statue has been vandalized. In response to this Ivar murders the family of Thora, Hvitserk’s beloved, by first burning her family alive in front of her then burning her to death. There is nothing that confirms whether Thora’s family had anything to do with this so it’s just a way for Ivar to flex his authority. Last week I complained that Ragnar’s sons didn’t possess the layers that made Ragnar such a compelling character, but Baldur showed me that I may have spoken too soon. Ivar welcomes his first son into the world, a child that is supposed to consolidate his divinity, but the child is deformed, leading Ivar to recreate perhaps the most important moment of his own life. Ragnar held baby Ivar’s future in his hands, deciding to spare him. Ivar, despite his triumphs, will always hold the pain of being different inside of him, a pain that he doesn’t want his son to feel. Ivar does what Ragnar couldn’t do: he leaves his son out in the elements to die, and while it’s a heart-wrenching scene, it caps off a brilliant episode for Ivar. While he comes across as a cackling villain most of the time, this was an episode where we saw the weakness that drives Ivar’s every move. 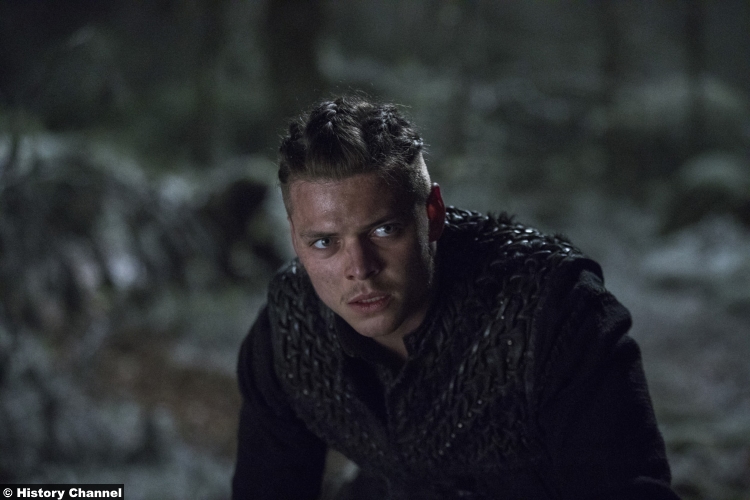 8/10 – Baldur is the strongest episode since the mid-season finale, as it remembers that the Vikings are the characters that we care about, while also setting the stage for the final two episodes of this patchy season.