Killing Eve S02E08 Review: You’re Mine – Fun in the moment, but unsatisfying long-term

Okay, so I was wrong. Aaron Peel has no reservations whatsoever about getting his hands dirty. That revelation comes in the first few minutes of the season finale, after Villanelle discovers Peel’s hidden stash of surveillance videos.

It isn’t just “Billie” he’s watched. There’s a video of a woman labeled “Matilda.” She sleeps in the same bed in Rome until something disturbs her. Then she’s dead, murdered by Peel. 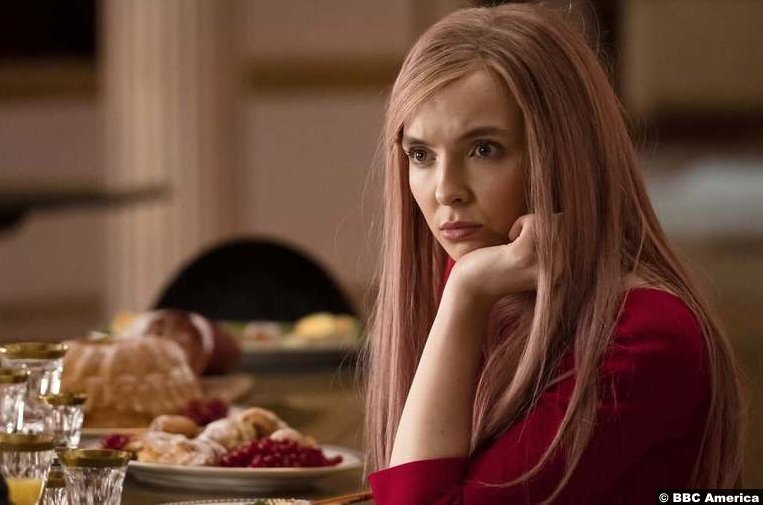 For most people, of course, this would be the moment to exit. But as we all surely know by now, Villanelle isn’t most people. In fact, she’s not even the slightest bit rattled–at least, not until Peel shows her a picture of the next prospective buyer. It’s Raymond, whose picture prompts Villanelle to describe him in part as a “gentleman,” the safe word for this little operation.

But when Eve bursts into the room–in a nod to the Ghost’s methods, she’s kitted out as a hotel maid–everything is fine. Peel and Villanelle are still having a leisurely breakfast. Of course, the operation is blown, though.

Offered a choice between Peel and Eve, Villanelle easily dispatches the tech mogul, and it turns out that was the plan all along. As Eve learns when she returns to the hotel, she and her pet assassin were just chess pieces, manipulated into doing what the government wanted all along. So Eve refuses to return with Carolyn, just as Villanelle is refusing to leave without Eve. 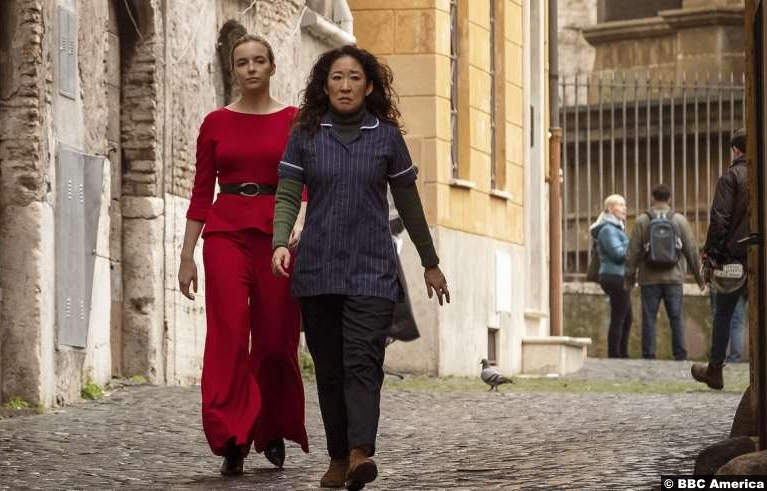 There’s still the pesky Raymond problem, though, and I’ll have to admit, here I was confused again at first. Konstantin had just given Villanelle a gun–a little .22, it looks like, but still a gun–so why was she fighting Raymond in hand-to-hand combat? If someone’s trying to murder you, you don’t have to give them a fighting chance.

Then it dawned on me. She was making herself appear in more trouble than she was so that Eve would kill him. And she does. Eve crosses the Rubicon and becomes a killer. 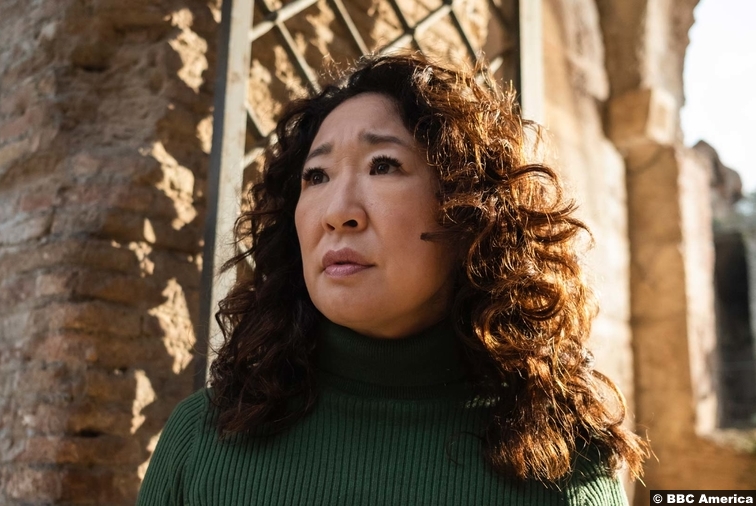 When she finally figures this out–when Villanelle accidentally reveals she actually has a gun–it’s played like it’s just one manipulation too many. As Villanelle rhapsodizes about the “normal” life they’ll have living in a cabin in Alaska and eating spaghetti, Eve emphatically is not all in. Even as Villanelle protests, using the title of this episode, Eve tells her that she’s not scared anymore.

Okay, but there’s a fine line between not scared and just reckless. And it’s the latter that Eve seems like when she turns her back on a serial killer with a gun. So when the episode ends with a gunshot and Eve lying crumpled in an ancient ruin, all I could think was, well, what did you expect?

8/10 – While this in itself wasn’t a bad episode, if I graded the season overall it would be a mite bit lower. Eve has blown up her marriage, her career, her relationships with others–like poor Hugo, left to bleed to death maybe–and it’s unclear where exactly she thought this was all going. Like, what was all this in service of? This season never gave any satisfactory answers to that. I know that all along, many viewers have hoped for something bigger, some overarching story that would tie it all together. Instead, we were given this, a season that ends in an echo of the first season finale, that hits like a candy binge. Fun in the moment, but unsatisfying long-term.

The plan to switch showrunners every year is a novel idea and a good intention, but I’m not sure it makes for great television. Not only is there a danger of an inconsistent tone, but each new person has to begin the season by unpicking the tangles of the previous season. I spent much of this season wondering if the show realized that Eve made so many bad decisions and for a moment, it felt like that was acknowledged. But now, I’m not so sure.

For a hitman show that did stick its second season, check out Barry. And for a Phoebe Waller-Bridge project, watch Fleabag, whose sophomore season is maybe the best show of the year. (It’s still May, so I’m not committing yet.)