Killing Eve S02E01 Review: Do You Know How to Dispose of a Body? – Things pick up where we left them…

When we last left Eve and Villanelle in season 1, Eve had just stabbed Villanelle. (Spoiler alert!) When we pick up with this season, it’s a staggering 30 seconds later.

As you might recall, Villanelle quickly exited after being stabbed, as one does. It’s a good thing, too, because a team of cleaners arrives just after that to eliminate all traces of her. It’s also maybe the most normal reaction she’s ever had. Or maybe I’m just saying that because it’s a prelude to her throwing herself in front of a car.

Then again, that was pretty clever, too. That way, she gets a ride to the hospital. A stab wound is pretty noticeable, though, so she explains it away as a domestic assault committed by a police officer spouse. 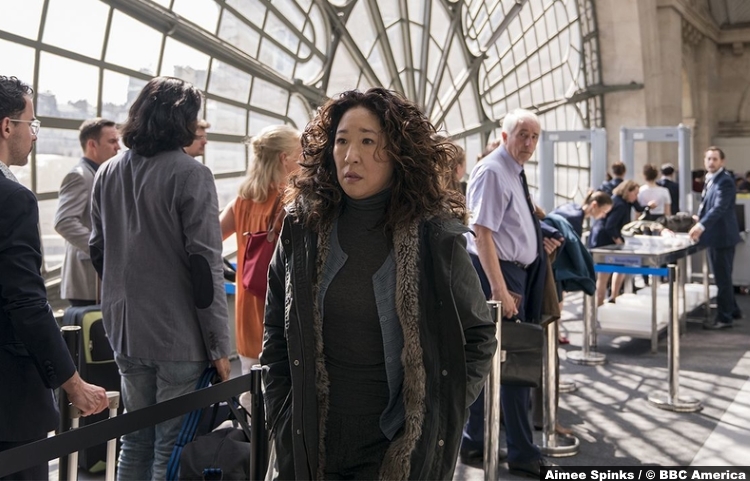 Eve, as usual, is much less chill than Villanelle in a crisis. She’s already in the security line at CDG before she remembers she has a bloody knife in her pocket. (But as excuses for suddenly leaving the line go, food poisoning is pretty good.) Once she returns home, the shock has worn off and the panic has set in.

She tries to remember how to function. She hides in the bath, she tries to make dinner, and she orders a shit-ton of windows from a telemarketer. Niko, of course, notices that something is up with her, but she can’t exactly tell him. That’s too bad, though. He’s a stabilizing force, though, so it’s nice that he’s come to realize how much Eve’s work means to her. He just wants to be kept in the loop. That’s pretty to think, but at least he knows about the windows.

Villanelle, on course, has no restrictions on her behavior. Rooming with a boy who survived a crash that killed his parents, Villanelle tells him outright that she was stabbed. And although young Gabriel tells her that “women don’t stab,” we’re old enough to know better. So is Villanelle.

She seems fascinated by the fact that Eve went so far, telling Gabriel, “She did it to show me how much she cares about me.” That should turn your blood to ice, but poor Gabriel has his own problems. As a favor for loaning Villanelle some of his pajamas, she examines his wounds, which no one will describe to him. And in true Villanelle fashion, she tells him he looks like a “pizza.” Later, when he laments the crash, wishing that he hadn’t survived, Villanelle does something else in her true fashion. She snaps his neck. 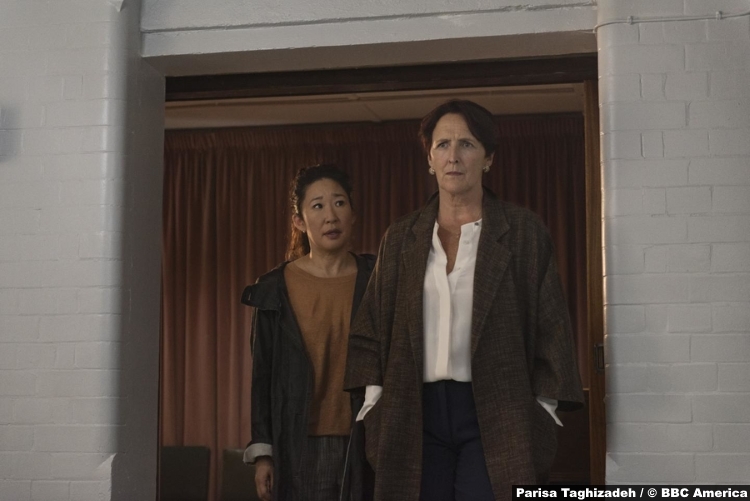 Because despite how charming she can be–and she can be an utter delight–we should never forget that she’s a murderer. And of course, Eve hasn’t forgotten. Neither has Carolyn.

Eve doesn’t tell her former (and soon-to-be-again) boss what exactly went down in Villanelle’s apartment, although she does describe it as “chic as shit.” (Apt!) As an experienced spy, Carolyn has her suspicions, but they both have new concerns now.

Back in episode 6, before Villanelle killed her, Nadia managed to slip out a note for Eve. As Carolyn shares in this episode, all it contained was a name: Alistair Peele. Peele was a recluse, whom, it was assumed, died of natural causes. In light of the note, Carolyn’s had him exhumed for examination by her friend Julia. She determines that he was actually killed by an air embolism–or in other words, he was murdered. They don’t have a lot to go on, but they have something here. 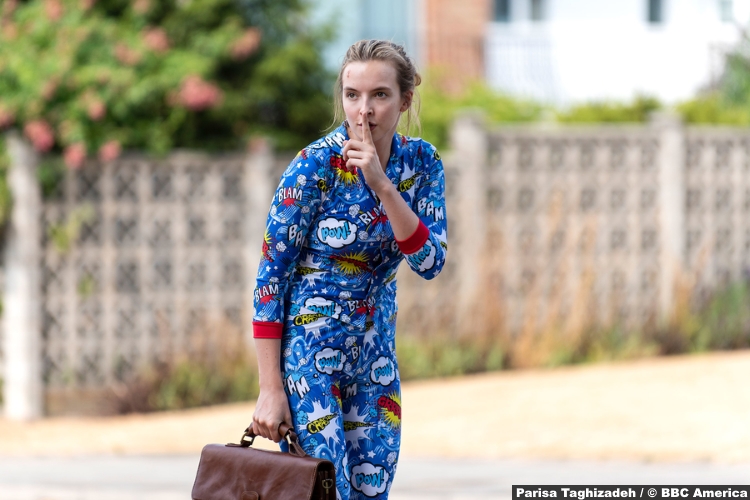 And they’re going to need it. Because at episode’s end, Villanelle has already slipped out of the hospital and into a vehicle headed for England. She’s untethered from her handlers and she has nothing to lose. If she were kinda unpredictable before, then she certainly is now.

8/10 – While there isn’t a ton of talk about the mysterious organization known as The Twelve, it seems likely that they’ll end up being the big bad(s) of this season. That seems like a good idea for intrigue. As for this episode as a whole, it was mostly meant to get us back up to speed and set up the storylines for this season and that’s fine. I’m still excited to see what happens when Villanelle takes London.

PS: If you were unable to watch Killing Eve last season because you don’t get BBC America, the show is now airing simultaneously on AMC. That’s in these United States, though–sadly, there’s no word yet on when it will air in the home of the BBC. But I’ll update y’all when I know.