Of course, y’all probably know that. I’m saying this for Eve’s benefit, but at this point, I should just go ahead and pre-populate all future reviews with this. She’s like the nightmare version of the famous Mitch McConnell lines: She was warned. She was given an explanation. Nevertheless, she persisted.

Against all rational advice–from her boss, her coworkers, her husband–she has continued her quest to get closer to Villanelle. This episode sees her at her foolhardiest since…well, ever. 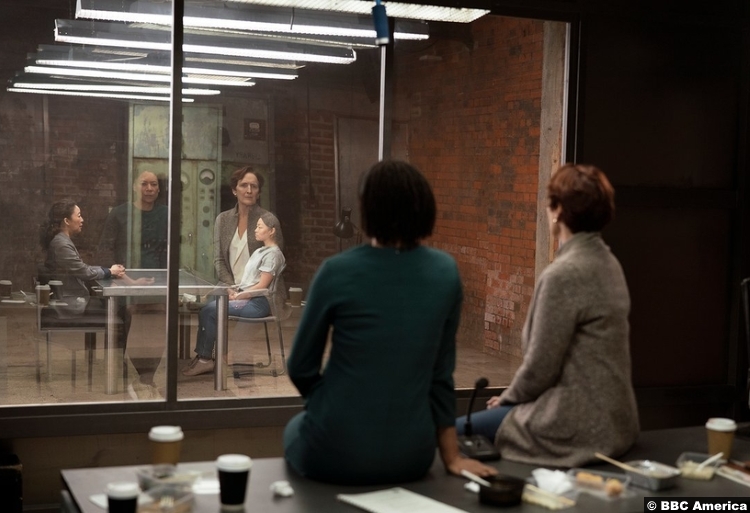 It starts with the interrogation of The Ghost. She refuses to give up any information and why should she? All they’ve got is nothing. They’re just talking at her and anybody can withstand that.

So Eve hatches a plan. It is a nonsensical and ridiculously dangerous plan, but as before, Eve won’t hear it. How does the song go? “You ain’t gonna learn what you don’t wanna know.” Yeah, like that.

Her plan, insofar as it counts as one, is to put a hit out on herself. More specifically, she’ll anonymously hire Villanelle to kill her and then??? I’m using question marks because I have no idea how any of this is supposed to work.

And neither do her colleagues. Early in the episode, they sit through a dreary presentation by Broadmoor psych doctor Martin (Adeel Akhtar). It’s actually a clever exercise for Martin to ferret out any psychological issues with the team. Guess who sets off the klaxons?

Unsurprisingly, it’s Eve, who shows no instinctive distaste at murder, but does show signs of disquiet when Martin uses Villanelle as an example of a liar. And he’s right to be concerned! When Kenny, who’s the only one at MI-6 who knows about the stabbing, voices his objections, Eve fires him. She brushes off Jess, when the latter woman suggests that Eve’s work is being kept off paper because it’s easier to cover up if something goes pear-shaped. Oh, and then she almost pushes a man in front of a train.

She’s doing great, obviously. So why not invite over the only other person she knows who’s more unsettling? It should be fine. 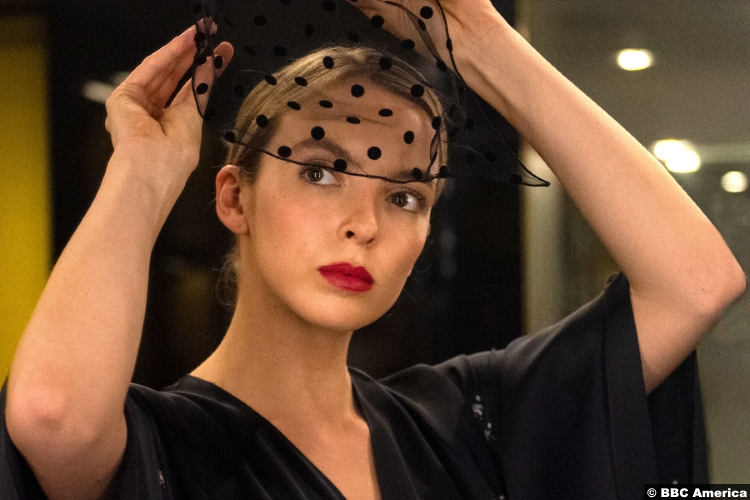 To Eve’s credit, though, she has enough sense to be wary when a funeral veil-wearing Villanelle appears on her doorstep. The assassin coerces her into downing champagne and pills. With a look of horror, she claims they’re arsenic, but then she bursts out laughing. It was a joke–revenge for Eve placing that hit. And then they leave together, as Mom and Dad–Carolyn and Konstantin–watch on from another car. 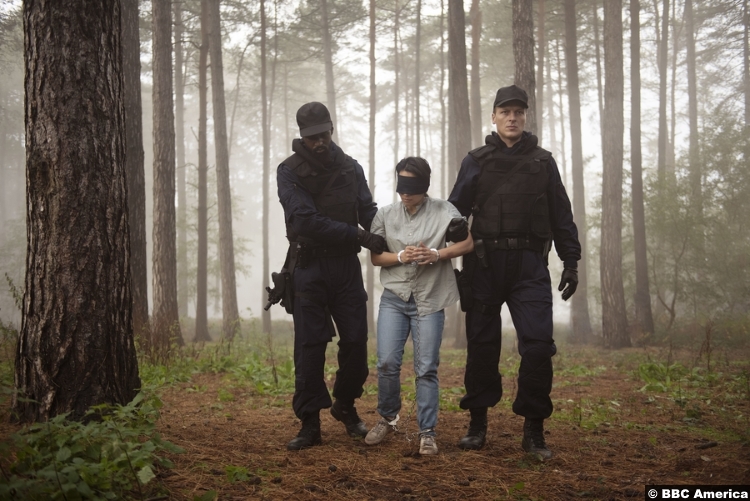 The next part–the real plan–requires a massive suspension of disbelief. The Ghost is escorted to a shipping container in the woods. Villanelle is brought in. What exactly goes on is unclear–The Ghost doesn’t appear to be wounded–but it worked. We now know who hired her (Peel’s son) and whyish (something to do with a weapon). But does that mean anything? The Ghost may not be physically wounded, but she knows who Eve is. “Monster.” That’s what she calls Eve, not Villanelle. 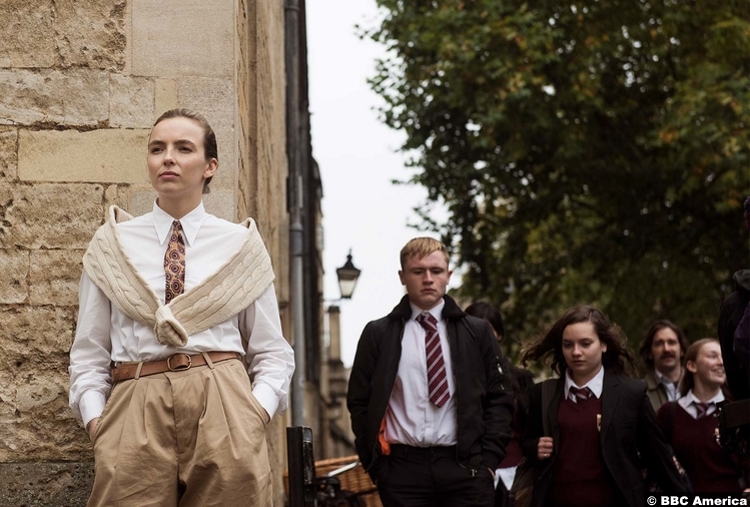 That’s not to say, of course, that Villanelle can’t do bad by herself. It is her, after all, who ambushes Niko in Oxford. (Eve’s probably already forgotten he went there for a field trip.) She apologizes for sending the complaints, but it’s just a premise to tell him about her tango with his wife in Paris. Eve may have been the one doing the stabbing, but it’s Villanelle who twists the knife.

8/10 – On its face, this seems like a filler episode, but I gotta believe there’s more than meets the eye. Like, whatever it is Carolyn is up to. If she is, as I know some of you believe, part of the Twelve, is she recruiting Eve as an assassin? Otherwise, what’s she doing doesn’t make any sense. We know that she apparently messed up another operation, so she might be trying to make up for that. Or y’all could be right and she’s dirty. We’ll see, I guess!