So last week, when Konstantin told Villanelle* that she needed to get to Russia before Nadia starting talking, he meant he was going to take her there. And put her in prison.

Of course, it’s supposedly all part of the plan. Nadia is in prison, so the only way to silence her is to get in there, too. So Villanelle is carted off to prison for the astounding crime of hat thievery and instructions to visit the prison doctor. When she does, he gives her a shank and tells her to get sent to the hole after she’s completed her mission. 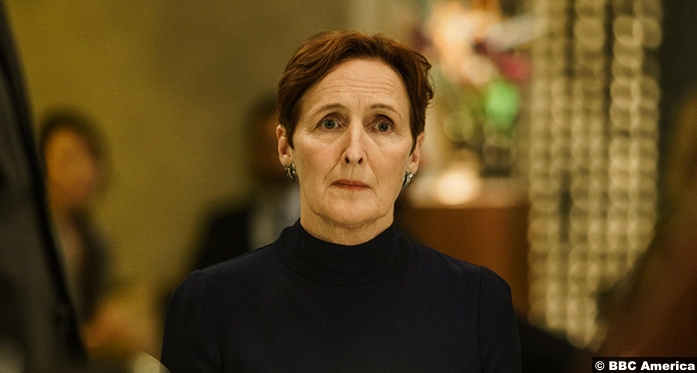 Meanwhile, Eve and Carolyn are also on their way to Moscow. Eve is shaken after an argument with Niko that turns violent. Specifically, she turns violent in the face of his completely reasonable objections. She has a point–Villanelle will not stop until she is stopped–but so does he. And he doesn’t make his by hitting her in the face.

So while Eve is rattled in Moscow, Carolyn is also acting squirrely. She badgers Eve for lipstick until it becomes clear that Carolyn means to impress Vladimir (Laurentiu Possa), the Russian intelligence agent they’re meeting. It’s also clear they have history. Over dinner, he’s amenable enough to allow them in the prison to question Nadia, but another agent will need to sit in with them. That agent also joins them for dinner. And it’s Konstantin.

Even if Eve doesn’t know that he’s Villanelle’s handler, she doesn’t like him, Vladimir, or the vibe at dinner. She’s got enough intuition to know that something is up, even with Carolyn, but unfortunately, her only play is Carolyn’s son. So she has Kenny vet his own mother for ties to Konstantin that she can use in trade with Vladimir. 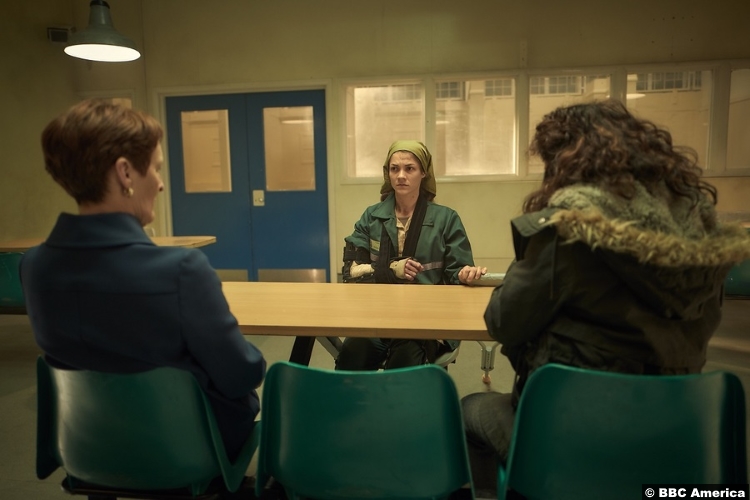 This, of course, comes after her and Carolyn’s trip to the prison, where they have a largely unsuccessful meeting with Nadia. Nadia is just about to tell them about her handler, whom Villanelle usurped, but then Konstantin enters the room, complaining that he couldn’t hear through the video link. Cowed by his presence, she instead pivots to talking about the mysterious Anna**. Apparently, it was Anna’s husband that Villanelle murdered and castrated.

Carolyn has dangled a lot of promises in exchange for Nadia’s cooperation. Most importantly, she’s offered her immunity and a new life in the UK. However, the Russians aren’t too keen on this plan, hence why Eve tries to trade. She offers Vladimir information on who exactly was at fault in an intelligence breach that left him holding the bag. (It was Konstantin, duh.) As a trade, she wants both Nadia and Villanelle, whom she characterizes as wayward young women with little choice. Does she really believe this? I don’t think so. Also, I don’t know how she’s going to slide this past Carolyn, but okay. 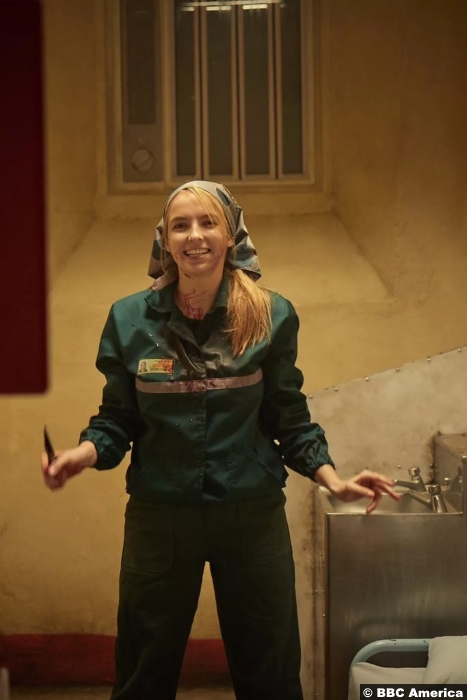 And of course, juxtaposed against this beautiful tale is Villanelle, running roughshod through the prison once she gets that shank. Poor Nadia locks herself in a cell to hide from her, but there’s no escape. There’s a monster under the bed. Before Villanelle kills her, though, Nadia is able to slip a note for Eve under the door.

And after that, it’s time for Villanelle to go to the hole. Unfortunately, once she gets there, it’s all a trap. The doctor’s there, but only to sedate her. When she asks about Konstantin, he pretends not to know who she’s talking about. Villanelle is caught. For now.

7.5/10 – Does Villanelle belong in prison? Hell, yes. But solitary confinement? Hell, no. It’s easy to understand why Konstantin would want her put in a box for now, but she’s a person–not a toy you put away–and perhaps more importantly, she strikes me as a gal who can hold a grudge. And now it seems like Eve may be the only one who can help her. But who’s helping Eve? If it wasn’t clear before this week’s episode, Eve’s whole professional life is dependent on Carolyn, who could take it away at any moment. And since Eve’s personal life is going down the tubes, it seems reckless to tempt fate with her career. But there she is, doing it anyway. What was it Nietzsche said about fighting monsters again?

*As discussed in this episode, no one’s really quite sure what to call Villanelle right now. So until the show settles on her government name, I’m sticking with her nom de guerre.

**So, what’s your best speculation about Anna?