It was always going to be inevitable that this episode would be the second most anticipated show this week (at least) featuring a character known as Ghost. I have to admit, though, that I thought Killing Eve’s effort would be a bit more than this.

It’s not that this was a bad episode–she says, tenderly–but I just expected something a little more dazzling. Like Villanelle, I like a show. And like Villanelle, I’ve always been drawn to the darker side.

Witness her in a Dutch art museum. While it’s full of Dutch masters–the painters, not the cigars–she is bored. You can tell, because she bellows “This is so BORING!” much to the dismay of other gallery attendees. Every painting is just grapes or naked ladies, she says. And then she sees Jan de Baen’s The Corpses of the De Witt Brothers. The painting depicts the brutalized bodies of the politician brothers after they were lynched. Villanelle apparently likes the painting. She says the De Witts “look like bacon.” 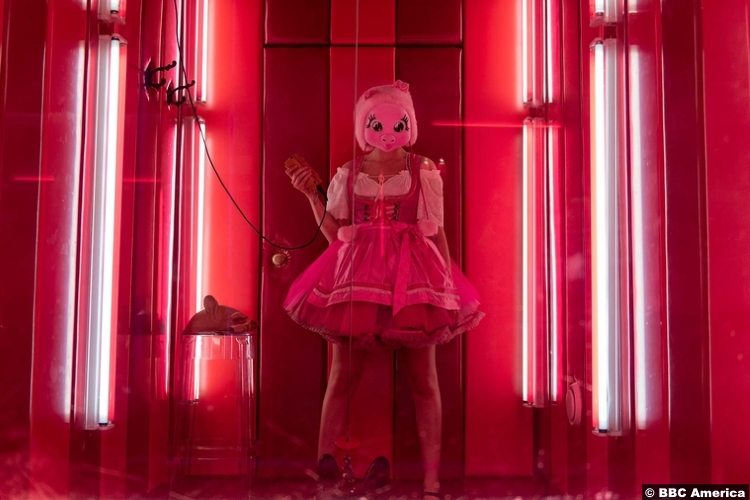 At least it gives her inspiration for her first freelance job. She’s to kill a philandering husband who likes to haunt the red light district. She poses as a sex worker, clad in a dirndl and a pig mask, since the mark has a thing for livestock (ugh). She suspends him and guts him in full view of the crowd outside, who think it’s all a show. Only the man’s wife, presumably the one who hired Villanelle, knows it’s for real.

And it’s a job, although it doesn’t bring Villanelle any satisfaction. That comes in the pre-mortem sending of a postcard of the de Baen painting to Eve. Villanelle knows enough about Eve to figure out that the connection will be made. Unfortunately, Eve never receives it, the postcard being intercepted by Carolyn. She wants Eve focused on the Ghost, so she sends Jess in her stead.

Villanelle is unsurprisingly disappointed to see someone else arrive. I, on the other hand, am nervous. I don’t want Jess in her crosshairs. Villanelle is like an active pet–she must be exercised or else she’ll make her own trouble. And she does, getting high and going to a nightclub, where she attacks a woman who jumps the bathroom line. Only Konstantin’s interference–he picks her up and carries her out–stops it from turning tragic. 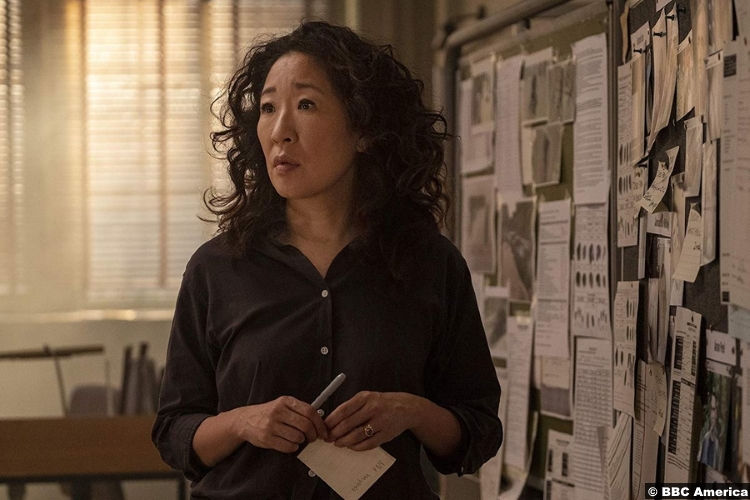 Meanwhile, Eve is proving that she can turn her focus on something else besides Villanelle. She doesn’t turn it on her husband, though, who’s become exasperated at the latest development in their life: a security guard installed in their home. Instead, she devotes herself to finding the Ghost. It turns out to be pretty easy.

There’s a certain compassion to the Ghost’s work. Even though she’s killing people, she’s not trying to make it traumatic for them. She basically anesthetizes her latest victim, who is yet another person connected to the Peele empire. So Eve theorizes that she may have been a nurse or a doctor. 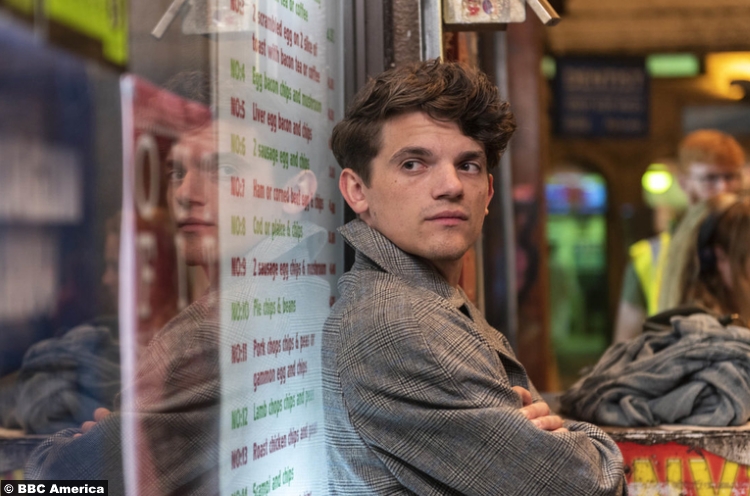 After that conclusion and some ill-advised flirting with Hugo, it’s not even a challenge to take the Ghost into custody. Eve just shows up when she’s dropping her kids off at school. The last we see of Eve, she’s preparing for their interview. Using the interrogation room window as a mirror, she pulls back her hair, in defiance of Villanelle’s recommendation that she wear it down.

Across the continent, Villanelle is waking up on a vomit-stained pillow. She also stares into a mirror, but she’s not assessing her appearance. She’s crying, and it’s the most vulnerable we’ve seen her outside Julian’s house. This is perhaps the most damaging, dangerous thing you can do to a woman like her. She can take a punch, she can even take a stab, but she can’t take being ignored.

7/10 – The build-up around the Ghost was so intriguing that I wanted more from the search for her. The show went out of its way to describe her as a woman who could go unnoticed, so it strains credulity to have her nabbed so quickly. If this is part of a bigger story, then it will be worth it, though. Someone clearly has it out for the Peele company, so that in itself may turn out to be the bigger story. As it stands now, though, it’s a little flat.