A lot is riding on this particular arc of Preacher. Despite its slow start, season three might actually be the most Preacher season of Preacher: meaning that its strengths could be formed through tapping into the spirit of the comics rather than being the carbon copy that the show has never been interested in bringing to life. The more I see of the show’s version of Angelville, the more I’m starting to understand the show’s pacing, and placing of this part of Jesse’s story. The comics had an insane amount of momentum due to the fact that most of the more action-packed part of that series happens over the course of a day or two. The road trip in which Jesse finally comes across the Saint of Killers happens during one long bloody night before the Saint is temporally stopped, and the Angelville plot is basically Jesse’s long dark night of his ass-kicking soul.

Recreating these stories in the show has proven to be tricky. Season two managed to prolong the Saint of Killer’s pursuit of Jesse for just under half the season, culminating in the last truly brilliant episode of that particular run. The rest of the time Preacher tries and mostly fails in trying to fill the time until the next big bad. In season two this was particularly frustrating since the plot with The Grail felt like padding to keep Jesse separated from Tulip and Cassidy. Again, this does make some sense as in the comics the Grail, while being a long-term concern for Jesse, the Grail’s arc does begin in explosive fashion. Not everyone will share my point of view in this, but I would rather the Grail and Herr Starr were a parallel plot to the main three in the way that the Saint’s was in the first season. If Sam Catlin did this it would, like the Saint’s appearance at the end of the first season, have made a huge impact and been an exciting tease for what was to come in season three.

Instead, everything is a bit muddled. Last week’s episode was a ham-fisted attempt to divert the Grail away from proceedings, something that was confirmed by Tulip’s visit to their abandoned New Orleans office. That still leaves Eugene and Hitler to take care of, though I would be delighted if they didn’t feature until the Angelville plot was finished. The job for Preacher’s writers is to finally make Angelville and its residents feel dangerous, to convince us that our heroes are literally in the worst place on Earth, and Gonna Hurt feels like Preacher is finally trying to make this happen. 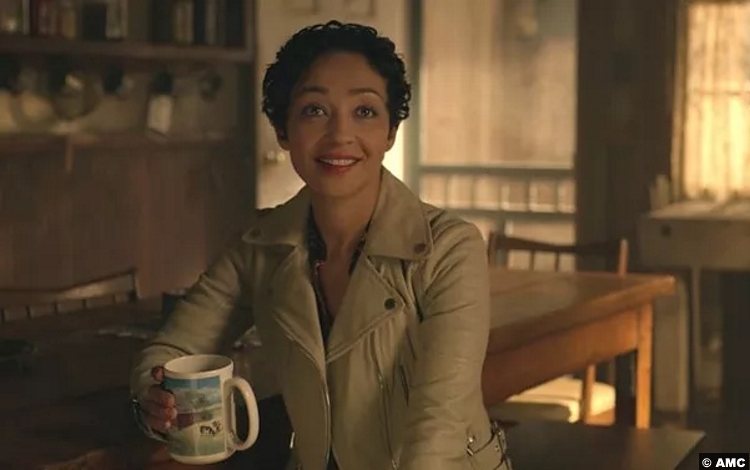 First things first: Gonna Hurt is one of those rare episodes where the show realizes that Tulip is a really compelling character played by a wonderful actress. Out of the main three, Ruth Negga has had to deal with the most terrible plots in her time on the show, plots that are mainly there to inform the two men (ok, one man, and one vampire man) who are in love with her. The episode’s opening is pure O’Hare goodness as Tulip cuts through all the crap and tries to destroy The Grail (though they are one step ahead) while also giving God a piece of her mind. While God is a good judge of Tulip’s character, she does screw up quite a bit and uses that for his own gain, Tulip doesn’t buy his cover story of creating a pass/fail test for all of mankind. God is basically on a one-man lads on tour, and he seems to be finished with Tulip and Jesse for the time being. Then something utterly unthinkable happens: Tulip and Jesse talk about it. That’s right, the man characters are communicating again, praise be to dog-suited God. God’s plan was for Tulip to mess up Jesse’s stupid plan, so Jesse was trapped in Angelville without the use of Genesis.

Then another unbelievable thing happens: Tulip says screw this and, despite Jesse’s warnings, tries everything she can to get her boyfriend away from the family that killed his father and are responsible for his dark and abusive side. I realize that I’ve veered into The Walking Dead territory: where I’m praising a show for acting like a damn show, but readers, you know how much I loathed season two. 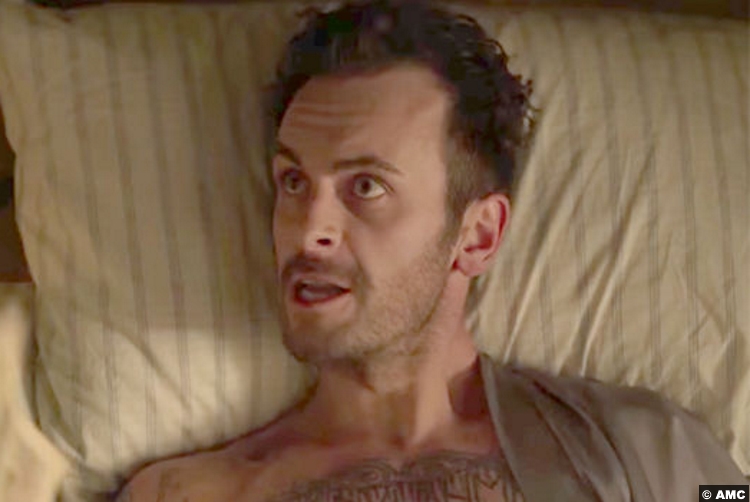 The rest of the episode is about ramping up the threat of Lady Marie, Jody, and TC. While they still aren’t pants-pooping material, they’re on their way. TC drops the nice guy act as soon as he finds out that Cassidy is a vampire, Jody seems like a more conflicted man-mountain at the mention of what happened to Jesse’s mother, and Lady Marie doesn’t give a rat’s ass about what Jesse wants. The threat isn’t quite palpable yet, especially since Cassidy could kill the pedophile teacher in his sleep, but the weight of the situation that Jesse has backed himself into is finally feeling real. Much of the praise here goes to Dominic Cooper who is starting to sell Jesse’s permanent simmering of panic at being back in his childhood hell.

8/10 – Season three is only three inconsistent episodes in, but two out of three episodes have been quite entertaining. Gonna Hurt is easily the best of the bunch because the characters are more finely drawn, the plot is allowed to breathe, and, and this is something I cannot stress enough, Tulip is the best she’s been in a long time. I hate fridging most of the time but dying did Tulip a lot of good.