Preacher S02E11: Backdoors – Jesse basically tells everyone to stick it up their asses

The opening scene in tonight’s Preacher is absolutely horrific. Young Jesse is trapped in a wooden box and submerged in a swamp. When he is let out, by the same men who killed his father, he refuses to give up his father’s name and is sent back under by a woman who is revealed to be his grandmother. If any trauma young Jesse has suffered could be seen as the origin for who he is now, it’s this one. The death of his father was the beginning, but this punishment, for that is certainly how Jesse sees it, and the upbringing with this “family” has done more to inform the darker side of Jesse’s nature: the side that has killed, the side that alienates his friends, and, yes, the side that has him use his divine power to make Herr Starr shove his prayers up his ass. This is all terrific character building, another glimpse into this version of Jesse Custer: this completely broken man who has been punished, by himself and others, because of a mistake he made as a child. Then Preacher gets excruciatingly dull again. 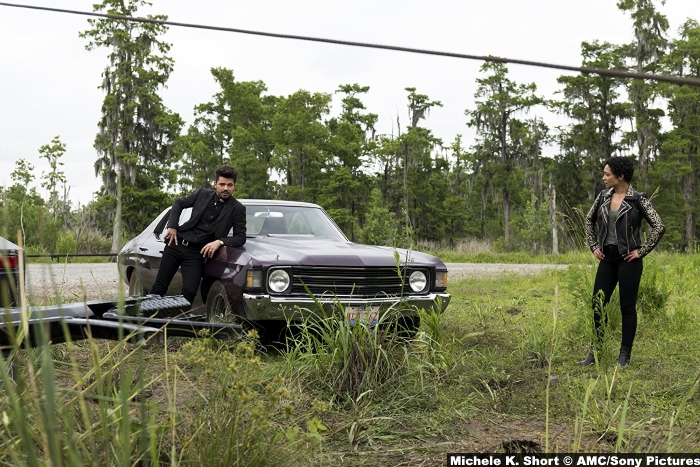 This probably isn’t the right review to say how much this show is giving me the shits, that was probably a couple of weeks ago. Backdoors does have some merit but it is yet another episode of this second season that has went into freefall. This season has annoyed me so much that I’ve thought of two colourful ways of describing what I mean, and you really only need one, but hey, I’m pretty steamed.

Season two has had the figurative trajectory of the car driving off the cliff at the end of Thelma and Louise. For the characters, the road trip is over before it began, and the creativity of those first few episodes is lost as the car falls further and further. That’s season two. My next colourful description is for the whole show, this time I’ll use a scene from the show itself to make my point. I was one of the biggest supporters of a Preacher TV show. Even with it’s rough first season, in which there was still a lot of potential, I thought season two would be when it got great. Now, after eleven episodes, I am starting to relate to Jesse. My version of finding God was a great adaptation of my favourite comic book series, instead something that looked vaguely like it pissed on me, just as Humperdoo did to Jesse. Yes, this is the Humperdoo of Preacher adaptations.

Even the characters seem to realise this. Tulip and Cassidy are desperate to leave this God nonsense behind and go literally anywhere else. As they were arguing with Jesse I found myself shouting along with them. Just leave, Jesse! You know God isn’t in town so why the hell are you still here? Preacher is a show that really does puzzle me. I hoped that the show would give me a viewing experience that I haven’t seen before, but it was supposed to be one that was entertaining.

Instead of the road trip we were promised, we have had a whole season of the three leads actively ignoring each other. Just think about that for a second. Three characters, the three main characters, and they barely interact with each other. Can you name any other show that does the same thing? Game of Thrones doesn’t count since Dany, Jon, Tyrion, Cersei, and the rest of them were not in the same apartment in New Orleans, they were in different continents. Jesse, Tulip, and Cassidy might as well be a world away from each other, because at this point I have no idea why they are sticking around. It would make sense if we had at least a few episodes in which their relationships were built out of something other than antagonism and hard liquor. Then, maybe, there alienation from each other could mean something. 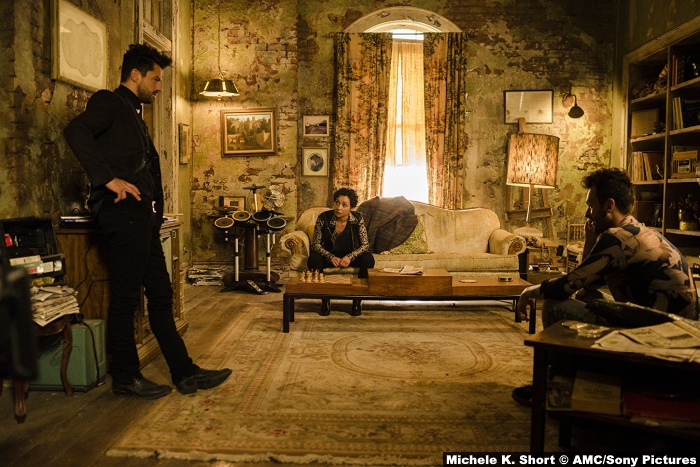 Here is another thing to think about. Take Cassidy out of the show entirely. Does this change anything in a fundamental way? Is his tired old “my son is a vampire and must learn self-control” plot really propelling anything forward? Sure, it’s Denis’ apartment, but that’s about the only thing that would be affected. Cassidy has an infatuation with Tulip, that while predictable in itself, would affect the main story. So, why not do that? At least Tulip losing her mind, while mere plot-padding, keeps her on the Grail’s radar thanks to Featherstone.

Speaking of the Grail, they continue to be Preacher’s saving grace, or at least Pip Torrens is. See’ that’s frustrating too. Week after week nothing is changing: even the things that are praise-worthy are still the same. Watching Preacher is starting to feel like someone put me in The Hole, maybe Hitler will break me out. 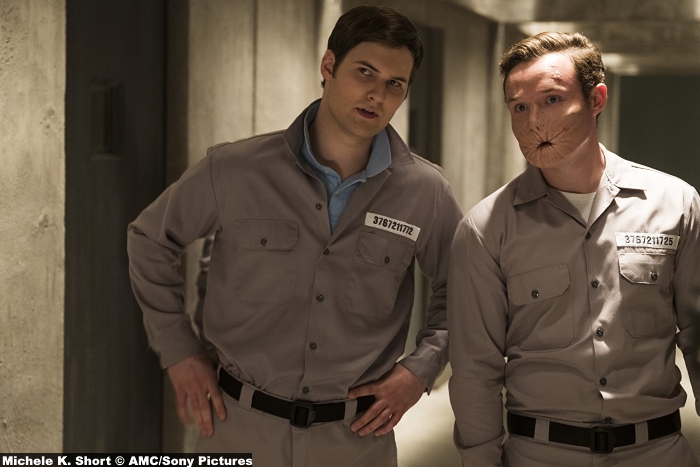 What is there to say about Eugene in Hell? It’s boring, it’s immature (the amount of people that are shocked at Hitler swearing is laughable in itself), and my prediction that the show wasn’t emotionally mature to pull off humanizing Hitler was correct. In a better show, Hitler’s memory of the last day he was good would have been a powerful moment, but Preacher can’t help but put in all of the pop quiz answers of the “Why was Hitler Evil?” test. Jews: check, emasculation: check, critiquing his art: check. This is the problem with choosing Hitler. History has made him a collection of excuses for the horrors he committed, and Preacher is having a hard time seeing him as anything other than this. The really galling thing here is that it’s still better character work than for Tulip and Cassidy.

5/10 – In Preacher, no one is a Messiah, no one is a good guy, and I hope the Saint of Killers wipes them all out.