Preacher S02E10: Dirty Little Secret – The Grail continues to be the best part of season two

Without The Grail, the second half of this second season of Preacher would have been a complete loss. I’m horribly reminded of another AMC show that had a flawed but entertaining, and shorter, first season then completely dropped the ball in its second year. A show that was also based on an extremely popular comic series, The Walking Dead. New Orleans is starting to feel like Hershel’s farm, and like Shane, Herr Starr is the villain that is keeping everything afloat. My hope is that Preacher can get itself together and join the cable network’s best shows: Breaking Bad, Mad Men, Halt and Catch Fire, and Better Call Saul. Right now it’s languishing with The Walking Dead and, dare I say it, Low Winter Sun.

Dirty Little Secret is a step in the right direction. It’s not brilliant by any means but it actually feels like the kind of show Preacher should be: a blasphemous, hilarious, and above all, character driven show. You could make an argument that since Jesse sunk the Saint of Killers Preacher has been character driven. After all what have the last episodes been but a study of Jesse, Tulip, and Cassidy’s flaws. That’s the character bit of “character driven” but there has been so little forward momentum that constantly being in Dennis’ apartment is feeling, as a much better AMC show would put it, a Kafkaesque nightmare. It’s episode ten, the exact same amount of episodes that season one had, and what has happened? Here is an easy short-hand of figuring out how far the story, in terms of the three leads, has gone so far: Jesse was told about God being in New Orleans in episode two. Episode two, and it has taken a further eight episodes for the show to get to a point in which the Pope, and the Archbishop of Canterbury convince Jesse that they haven’t a clue where God is either. Hell, even I was calling bullshit to both their theories because I had faith that at least the show would have shown us a cool rebellion of angels against God.  Forgive me, I want this show to be great so bad that the frustration built up in the last few weeks is distracting me from this particular episode. 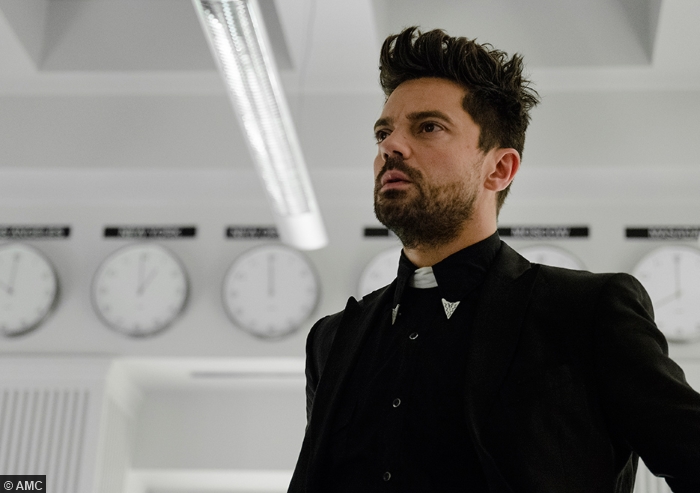 I’ve said it once, and I’ll say it again: the Grail is saving Preacher from utter drudgery. Of all the characters from the comic, Pip Torrens as Herr Starr may be the most perfect part of this adaptation. His stern demeanour and up-front rudeness is refreshing at this point. When the three main characters are running in circles it’s nice to see someone who has a clear definition of what he wants and how to get it. What Herr Starr wants is Jesse, and Dirty Little Secret plays out as Starr pitching the idea of Jesse taking God’s place in the divine plan. It’s an expertly executed plan, with Starr giving Jesse just enough leeway to convince him that he’s in control of the situation. In this context the scene with the Pope and the Archbishop work much better. Not only does it confirm that God’s disappearance is a mystery to everyone, it also demonstrates Starr’s authority, his power and reach, to Jesse.

Now let’s address the Grail’s ultimate plan. Preacher, in it’s good episodes, plays with the conventions of Christian mythology. This is evident in the episodes first scene. We open with some basic cable sex, full of passion and fun (unlike Tulip and Jesse, more on that in a bit). The identity of these two lovebirds turns out to be Jesus and Mary Magdalene. The scene itself is played with a modern context, full of colloquial phrasing, and in a great touch, getaway donkeys.  This is the start of the Holy bloodline that the Grail has been protecting for over 2000 years, the Messiah who will unite the world when the world is about to end. Yet, the only way to keep a bloodline “pure” is through inbreeding, resulting in Humperdoo. It’s a funny scene, thanks again to Torrens dry line readings, and if anything, is a much nicer version of Humperdoo in the comics: he and his sister throw shit at passers by when they aren’t having sex. The comic is messed up. 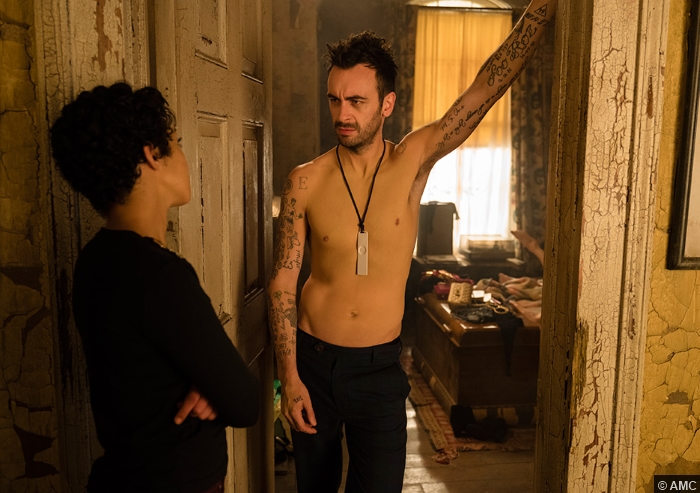 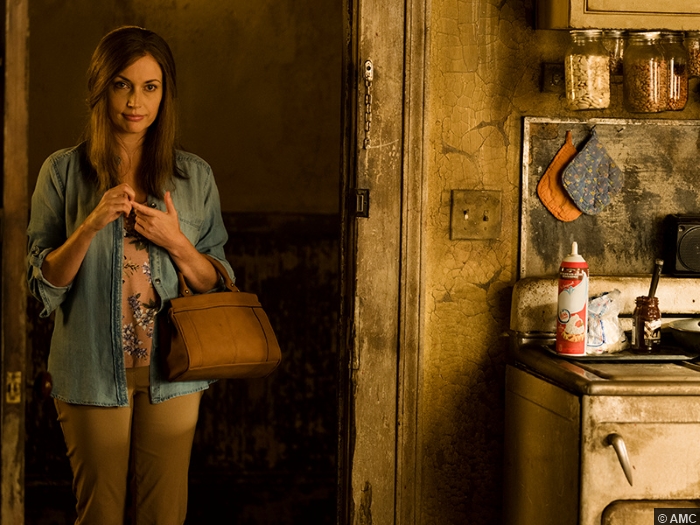 Once again Jesse search is in vain. For his belief he literally gets pissed on. Starr’s plan is working as he has Featherstone and Hoover working to distance Tulip and Cassidy from Jesse. I haven’t been the biggest fan of Cassidy’s and Tulip’s storylines this season, and Cassidy’s is still barely worth a mention, but Tulip was interesting in Dirty Little Secret. Her PTSD at the hands of the Saint has been given a physical symbol with Featherstone manipulating Tulip into uncovering the Saint’s weapons that Jesse hid. A special shout-out for Julie Ann Emery for pulling some Americans-style espionage. Season two has been trying everything to rip Jesse and Tulip apart. Even without the grail, Jesse is doing a great job at this himself. Still, this is an intriguing development, and Jesse has to face up to his mistakes when he re-enters Dennis’ apartment.

7/10 – Preacher has been dancing around it’s story for too long, but Dirty Little Secret has put the pieces need to change that in place. I personally hope Tulip shoots the prick.