Preacher S02E08: Holes – Everyone is in their own personal hell, including this reviewer

Holes is an absolute dud. Remember last week when I said the entire episode should have been a Herr Star origin story? Well it seems that Preacher was paying attention and is now punishing me with a full length version of everything I hated about Pig. It’s not surprising really, for a show with a very specific idea of Hell: mainly that it is both repetitive, painful, and sometimes tedious, that one of its worst episodes would feel like exactly that. I almost wish the confrontation with the Saint of Killers never happened, as it would have prevented this creative nosedive which constitutes the show’s main plot. So, before I go on another diatribe about what Preacher is doing wrong, which itself has become repetitive and painful, let’s start with what I enjoyed. It should only take a paragraph. 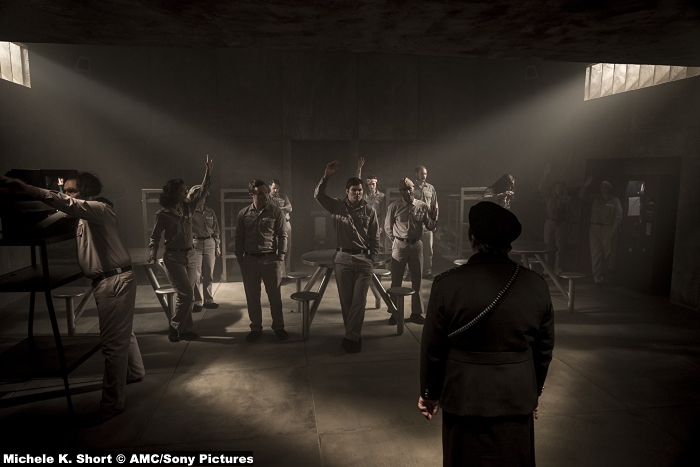 We open with Eugene (remember him?), still in Hell but doing alright after asserting his reputation by treating Hitler like shit. It turns out that all of the mechanical problems effecting Hell is due to the fact that Eugene shouldn’t be there. This is a cool idea, the presence of goodness literally breaks the place, but it also reminds me of a mistake I made in a previous review. Eugene’s memories of Tracy blowing her head, while obviously tragic, felt to me at first like a mean joke. Tracy seemed like a vapid mean girl, and her decision to kill herself as a way of rejecting Eugene was mean spirited to both characters. What a fool I was, genuinely not giving Preacher enough credit here. As Eugene admits, it was he who took advantage of Tracey in a vulnerable moment for her. The script very clearly made Eugene her last lif-line, someone she trusted to be her friend, and he ruined it. I’m not saying that Eugene deserves to be in Hell for that, although he thinks he does, but the fact that he is even a little guilty for what happened makes his own characterisation deeper. With Eugene’s time in Hell coming looking like its heading towards The Great Escape territory, it seems like the show is setting him up as an adversary for Jesse. Obviously, he blames Jesse for damning him, but it’s a hatred, a betrayal that runs deep enough that Jesse now personifies Eugene’s fear. Now that’s pretty cool.

In the words of Principal Skinner as he comes to Ralph Wiggum’s diorama: “now we’re into the dregs”. Jesse, Tulip, and Cassidy get nowhere in this episode, just like last week’s episode. It’s almost as if Preacher doesn’t know what to do with season two’s extended episode order, because all this episode says to me is that Preacher is stalling (the repeated use of the word “episode” is another symbol of why this is Hell). There are a few flashes of inspiration here: the framing of each character interaction between the three leads calls attention to the literal, and figurative distance that is now between them. Yet apart from Tulip (just barely), the plot is now further forward than it was at the end of last week.

Jesse’s search for God, as vague and ill-defined as it always has, has hit a dead-end due to sub-standard tech support. His last lead was the audition tape in which the God impersonator was shot. Cassidy’s suggestion that Jesse gets all procedural on it, to find and trace the serial number on the gun, comes to nothing in the least exciting way possible: human fucking error. Not only does tech support erase that serial number, Jesse misses the extremely important detail that the disc is the property of The Grail. Admittedly, it is kind of funny that the Grail is literally all around Jesse and he can’t see them, but funny doesn’t get the damn plot going. 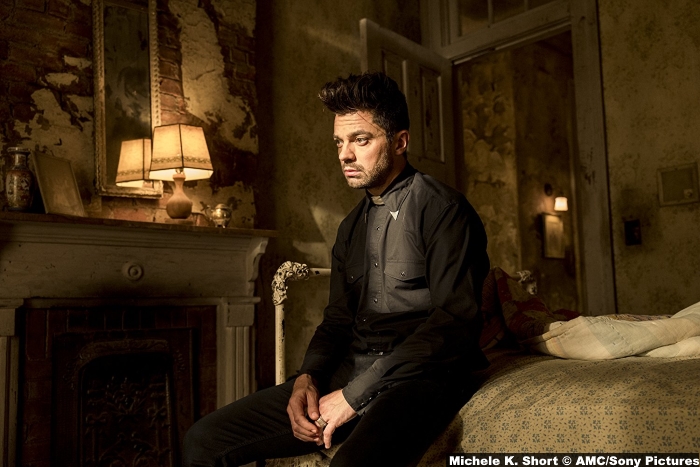 You know what does? Filling in holes. Tulip is still messed up from nearly dying at the hands of the Saint, so much so that see is actively trying to erase any evidence that he was ever there. This isn’t as easy as it seems, Tulip can plaster over bullet holes but that doesn’t make all of the blood disappear. The act of this erasing leads tulip unwittingly to the group’s current enemy, The Grail. It’s hard to tell whether Tulip realises that something fishy is going on, but there were certain reactions in Ruth Negga’s performance that seemed to hint that Tulip is close to this realisation. But we’’ ll have to wait yet another week before any of this pays off. 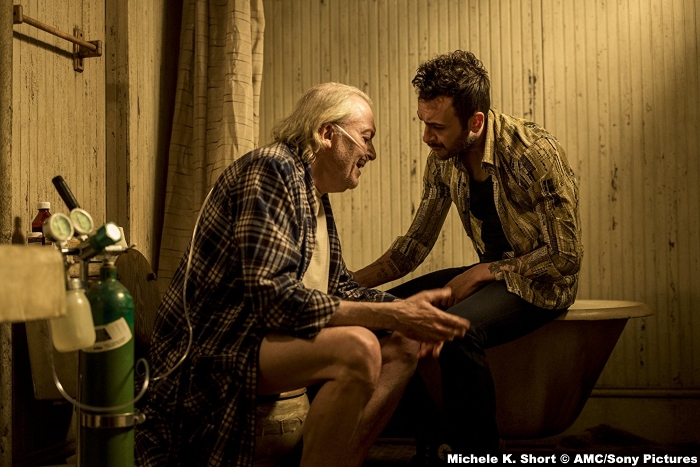 The same goes for Cassidy who continues to plod through one of the most overused vampire plots in the history of fiction. The conundrum is simple, should he give his son Dennis immortality or let him die a horrible and painful death? It’s Cassidy so he will probably bite him. Apart from Joseph Gilgun’s season-best acting, which shows you how little he has been utilised, he can’t elevate this plot into anything other than dull and predictable. So, does he bite Dennis, you know, the decision he has been wrestling with for the past two episodes? Yet again, we have to wait until next week.

3/10 – As much as I’m an apologist for this show, Preacher has a tendency of dropping the ball for short stretches, and Holes is the worst example of this. Despite it’s great characters, interesting mythology, and distinctive universe, Preacher seems to be doing all it can to avoid telling the stories its meant to be telling.