Preacher S02E13: The End of the Road – Who cares about the comic?

Season two of Preacher has been a disaster. There’s no other way to describe it: the lead characters have been poorly served, the story has taken an age to go nowhere, and everything that’s been foreshadowed for next season easily pulls focus because it’s so much more interesting. Any thought of following the source material, in which things actually happened, was thrown out the car window when the gang got to New Orleans. The search for God has been a dead end. Tulip and Dennis are literally at a dead end. Eugene was forgotten about for episodes at a time, and the Saint of Killers proposed meeting with Satan has been postponed to a season three that might not even happen. Yeah, disaster is the only word that fits.

Which is a shame because this season finale actually had a lot going for it. The End of the Road isn’t a great episode of television, it’s way too long for one, meaning that Cassidy perving over Tulip’s underwear becomes the strangest use of padding, but as season two goes it’s nearer the top of the table. In a way, this episode is almost the antithesis to season one’s finale. The fart bomb that wiped out Annville also retroactively wiped out any reason to care about the town, its residents, and the hopes Jesse had of saving it. This finale gives Jesse everything to care about, and by everything, I mean Tulip. Before we get to the typical fridging of a female character, I want to talk about Angelville. 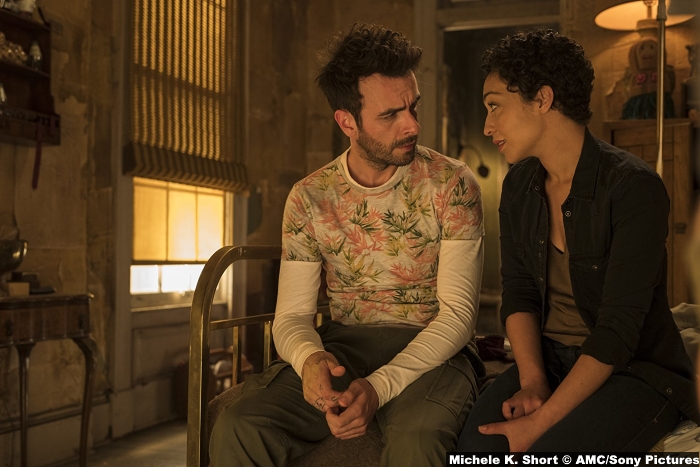 This is the first glimpse we have seen of young Jesse since the horror show with the underwater coffin. A now teenage Jesse is tasked with being the welcome party to his Grandma’s shady business, a business that is steeped in the occult. Through this sequence we are treated to the continuing transformation of Jesse being one of the good guys, to the man he is now. He’s a hustler, not a very good one as Jodie and T.C. (take a guess what they are responsible for) make clear, and he has a volcanic temper leading him to kill his pet chicken in a rage. Now that last part may be a little funny, and “a little funny” is the tone that this show basks in, but everything in that scene connects back to present day Jesse. When he grows up that chicken will turn into a drinking buddy he nearly kills in Dallas. 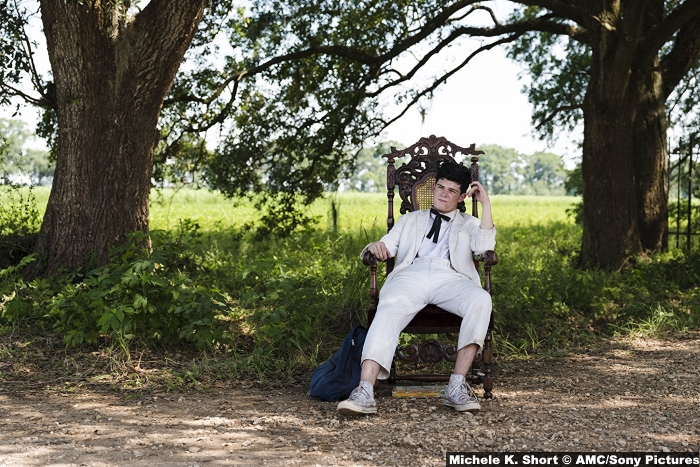 So, with the Saint sunk, and part of Jesse’s soul missing, and having already seen the destruction of Jesse and Tulip’s relationship in Dallas, this would have been the perfect time for Angelville. Jesse is a complex character, but we reached his worst self, the self that can be put under the microscope by a story involving the people that made him this way, half a season ago. Instead, we have had half a season in which Jesse has been in a holding pattern, slowly, and easily, become Starr’s tool. It sucks.

The same can be said for Cassidy. His story with Dennis reached the predictable end as he killed his son because of Tulip, or a dog, or because the script said so, who the fuck even cares at this point. Tulip is no better. The fact that she has now become nothing but a plot point for Jesse and Cassidy means that she just about steals it from Cassidy as the seasons most poorly served character. A title that she valiantly retains from season one. Don’t get me wrong, Jesse and Cassidy fighting over what horrible way they will bring Tulip back to life gives the show a much-needed sense of stakes. I would also be lying if I thought that Jesse’s idea to save Tulip wasn’t the more interesting. Yes, she’s been fridged, and again, that fucking sucks, but it’s gave Preacher some life. As for the rest, well, everyone else is left hanging. Starr is at the airport, ready for Jimmy Kimmel, the Saint is still in Hell, Eugene is out, but he’s lost Hitler, and Featherstone and Hoover are in the wind. As cliff-hangers go, I’ve seen better. 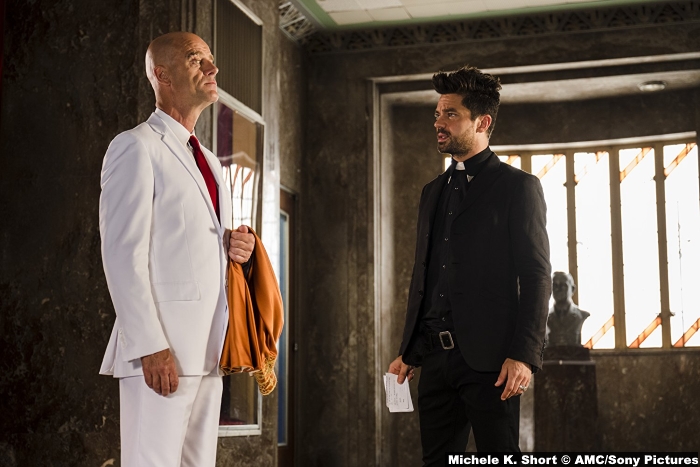 Perhaps the most surprising thing about season two of Preacher is that it has done exactly what a second season is supposed to do; just not very well. The show’s universe has grown to a global scale thanks to the Grail, and we have seen the inner workings of Hell. The world of Preacher is now vast and detailed, so why the hell did we spend so much time in Dennis’ apartment?

6/10 – The promise of Angelville is finally being fulfilled, and more things of note happened in this episode than the last six combined. I do have a solution that would kill two birds with one stone. Dominic Cooper has proved himself to be proficient at creative fight choreography. Why don’t we make him the new Iron Fist and call time on Preacher and Finn Jones? Only kidding.