Preacher S02E04: Viktor – For an episode that counted Hell as a location it left me cold

Preacher starts its seasons with a bang, and season two’s momentum lasted one episode longer than season one. So, it shouldn’t come as a major surprise that we had a slow episode coming: an episode that takes the foot off the gas and let the story breathe. Preacher’s problem in season one, among many other things, was that these calm stretches of plot lasted too damn long, killing the impact of the show’s great introduction. While Preacher is masterful at bombastic action sequences, gallows humour, and off kilter narrative choices, it’s these moments of pause that sap my patience. I feel that if it can get these types of episodes in hand Preacher could become a truly amazing show. Yet on the basis of Viktor, there is a long way to go. While the episode wasn’t exactly boring, the plot threads felt to distant from each other. Where last week’s episode made these side trips compelling, even though the main story moved forward about an inch, that spark is missing here.

We begin again with Eugene’s adventure in Hell. There is a lot to like about this plot on paper. The Hell of the comics would, understandably, stretch the shows budget but the version depicted here is quietly effective. We already know that hell is a place where sinners have to live through their worst memory over and over again due to our time with the Saint of Killers, and Eugene’s proper origin as well. The mix of dankness and the mix of modern and retro technology on show creates a distinct impression of this place of the damned. The glimpses of bureaucracy, the idea that Hell is infact an overcrowded prison, and the tech reminiscent of Terry Gilliam’s dystopian masterpiece Brazil, make for an original spin on a well mined location. 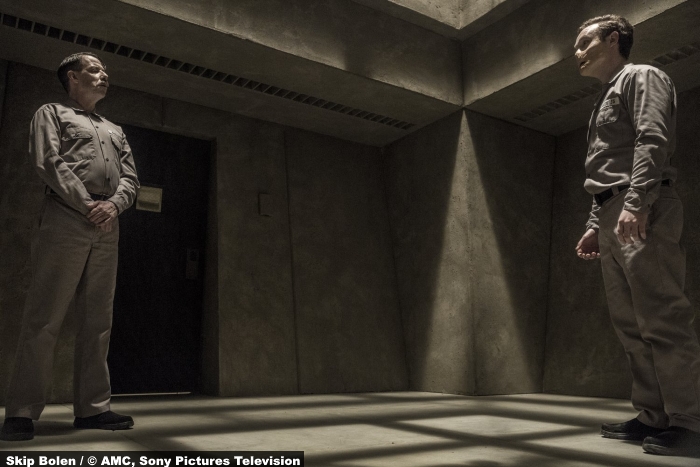 What doesn’t work here is Hitler. There will be arguments that his inclusion in the show is bad taste, especially the attempts to humanise him, but I can forgive that if the story makes good use of him. That’s not really apparent here. There is no sense of where this plot could go, only that it keeps Eugene in Hell for the time being. The purpose of this plot could be to show that Hell is actually effective, that Hitler being there has given him some perspective of the evil that he has committed, but I don’t think that Preacher has the emotional maturity to make something like that work. Plus, it’s a distraction from Eugene, the person that absolutely doesn’t deserve to be there, and the character that we are really invested in. It’s true that his plot plays out like the first episode of a prison drama, going against a possible friend to ensure his own safety, but it feels too disconnected from the rest of the show.

Back on Earth Tulip is in a tight situation. I have spoken a lot about how much season one of Preacher wasted Tulip’s potential, and that of Ruth Negga. Season two has been a marked improvement but Viktor has made me revaluate my current excitement. Tulip being married to Viktor isn’t one of the most shocking reveals you’ll see this year, and it doesn’t exactly re-contextualise the scenes of Tulip getting the cold shoulder from goons and girls alike.  It does have the makings of a good story, one that’s easy to put together.

After Jesse left her, due to Carlos’ betrayal which lead to her miscarriage, it would make sense for a grieving Tulip to shack up with this crime family, while turning it into her support system. It’s a good story, but it does highlight the lack of ambition in Tulip’s characterisation. Season one was about her losing the chance to be a mother, and now season two continues that by making her married to someone else. Both these plots impact Jesse in the same sense: making him one of the defining aspects of them. I know, Tulip is a supporting character, and the lead character’s love interest, but everyone else gets a plot that doesn’t immediately impact Jesse. Cassidy has the vampire hunters, and whatever is going on with Dennis, Eugene, though Jesse was the one who sent him to Hell, has to survive on his own, and the Saint of Killers had his own origin story before Jesse was even a shadow in his crosshairs. It’s not a huge thing to ask for that Tulip have her own thing. Jesse can certainly be a complication in it, but does he always have to be a part of the cause? 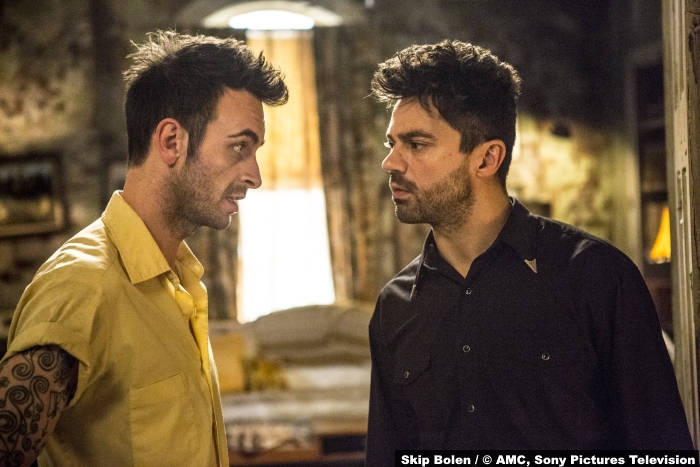 The episode’s other plot: Jesse and Cassidy’s search for the actor who played God, was funny enough to merit this episode some good will. Frankly, Cassidy, even when underused, provides some great comic moments. Viktor is another episode of set-up but handles all of its narrative tasks with less grace than last week. Apart from another brilliantly choreographed fight scene involving Dominic Cooper, and a truly unexpected appearance from Frankie Munitz, this episode was a let-down in comparison to the quality of the season’s first three episodes. 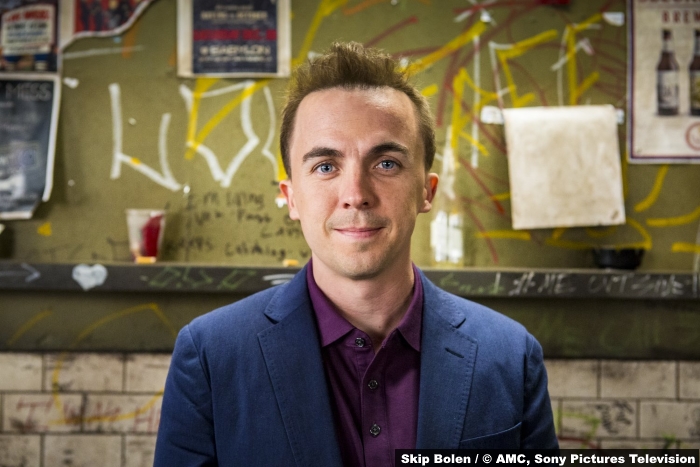 5/10 – Preacher has a lot of narrative plates spinning, even if some of them seem like cheap paper plates, and Viktor doesn’t do the best job of moving things forward. Still, the Saint of Killers is creeping up that dusty trail, and he all but guarantees quality and blood spatter.