In 1956 Elvis signed on to star in the film “The Reno Brothers.” In interviews leading up to the shoot, the rock-and-roll superstar declared that it was an acting-only role, and that he wouldn’t be singing. Not that he minded, in fact that’s what he preferred. As much as he loved singing, in his heart Elvis was an entertainer and more than anything, he wanted to be a movie star.

By the time filming began on “The Reno Brothers” the movie’s title had been changed to “Love me Tender” and the burgeoning actor went from “no singing” to “singing the title song”  to “singing in a musical.” In the end, four songs were used and the tone of the movie was softened considerably. Elvis was disappointed that he would not be considered a straight-actor, but the success of the movie (and, more importantly to his handlers, the soundtrack) proved that the real money was in Elvis shooting musicals, not serious dramatic roles. The Love Me Tender 45-single ended up going “gold” (selling at least 500,000 copies) before it was ever released; a music-industry first.

After Love Me Tender came Loving You, Jailhouse Rock and then King Creole, movies built from the ground up to be musical-vehicles for the man who, by 1957, would be the biggest music icon in America. After his short stint in the army Elvis returned to the recording studio to cut a brilliant album (Elvis is Back!) and numerous hit records (It’s Now or Never, Are You Lonesome Tonight, and others), but his manager, Tom Parker, knew the real money was in movies. His recording career was put on the back burner while he continued filming thin-plotted musical after musical. By 1963 he had stopped recording studio albums entirely, and (with only a few exceptions, such as 1963’s “Devil in Disguise” 45-single) was strictly a soundtrack-only performer. 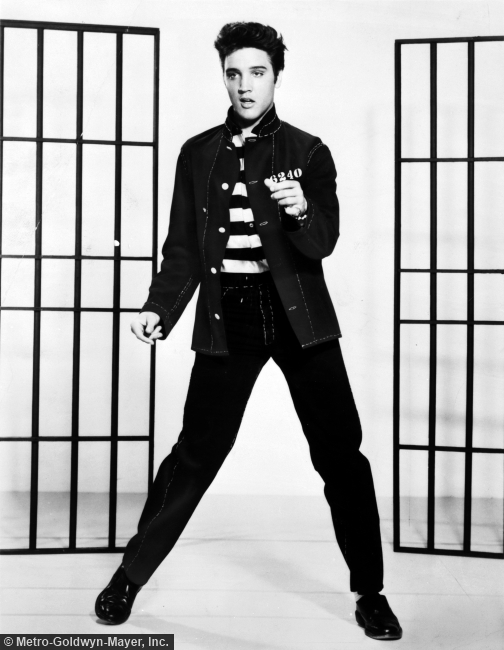 The performer who defended his energetic, hip-shaking style, as “When I sing…I just gotta move” spent the rest of the 1960’s in movies doing anything but. By 1969 Elvis had filmed thirty-one films, and unless you’re a hardcore Elvis fan, I doubt you can name more than five of them. Who remembers Kissing Cousins? Tickle Me? Wild in the Country? When he started his movie career he was on top of the music landscape, by the time he finished, the music industry had passed him by. His movies were laughable, his soundtracks were poor, and his influence in either field was next to nothing.

Between 1963-1968 Elvis only had two top-ten hits: Devil in Disguise (from a recording session for an album that went unreleased) and Crying in the Chapel (which was a holdover from a 1960 recording session). Other than that, he stepped back into the studio to release (and win one of his only two living Grammy’s for) the Gospel album “How Great Thou Art.” For a man who had spawned hit after hit after hit from 1956-1962, this was more than a rough patch; the mid-’60s were a barren wasteland for Elvis.

Finally, after his movie career was finished, the decision was made to restart his music career. In 1968 he recorded a TV special for NBC (which later would be dubbed his “comeback special”) which was a huge success. Desiring to get back in the studio to record real music, Elvis enlisted the help of legendary Memphis-producer “Chips Moman.” Moman’s “American Sound” company produced the “From Elvis in Memphis” LP, the recording sessions from which also spawned hits such as “Kentucky Rain” (#1 hit on the Country charts) “In the Ghetto” (#10 hit on the Pop charts) and “Suspicious Minds” (#1 hit on the Pop charts). The great reviews and success of the album and singles led Elvis into the 1970s with plenty of momentum.

Unfortunately, for many, that’s where the story of Elvis largely ends. Most of the casual fans of the King know of his great string of hits in the 1950s, his many many movies in the 1960s, and his late-60’s comeback. After that, there’s the Hawaii concert in ’73 and his death in ’77 but the years in between have fallen through the cracks. Many people wonder how the slim and energetic Elvis from the NBC special: 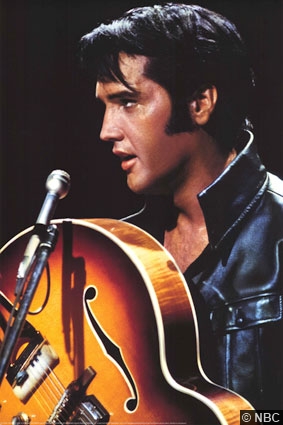 could become the bloated and vocally weak Elvis from the 1977 CBS special: 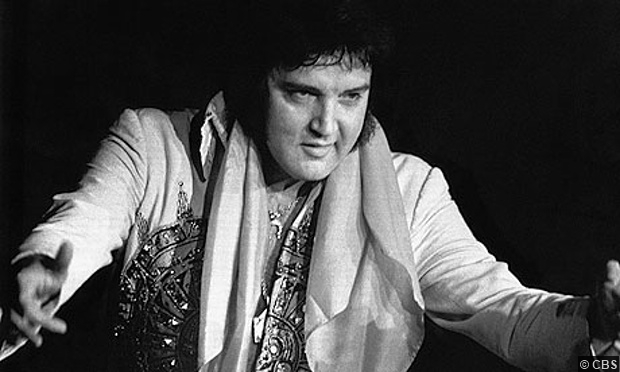 The sight of him draped in Red, White and Blue in the 1973 worldwide Hawaii special didn’t help matters, as—from a distance—he looked almost as good as he did in ’68. 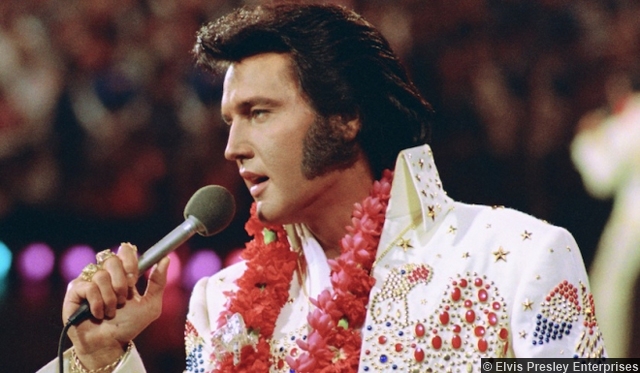 How did he have such a drastic drop-off in health?

The 16th of August, 2015 marked the 38th anniversary of Elvis’s death. He died at age 42 in his home in Memphis. He was drug-addled, overweight and overtaxed, a victim of many circumstances that—in hindsight—seemed destined to rob him of his life.

The answer to how he fell so sharply in health can be found in four media events: two movies and two TV specials. These four events, filmed between 1970 and 1977, reveal the bad decisions and steady decline that led to the demise of Rock-and-Roll’s king.