Now that Preacher is properly adapting the main narrative of the comics it gives creators Sam Catlin, Seth Rogen, and Evan Goldberg a chance to make their own mark on the story. While a straight adaptation of Preacher would make a great TV show on its own (Garth Ennis and Steve Dillon’s work on the comic series has a real cinematic quality), it would feel a tad perfunctory. The basic rule of adaptation, which American Gods has made crystal clear, and The Walking Dead has proven an example of the opposite, is that adapt specific parts with love, and make sure whatever you add stands up alongside it. Mumbai Sky Tower provides a perfect example of this in its opening minutes.

In the comics, the power of the Word works on The Saint of Killers: giving Jesse a valuable weapon against this unstoppable foe. The show has made the simplest of changes in this regard, and in doing so has crafted an even more suspenseful reversal of expectations. Not only does Genesis not work on the Saint of Killers, it is actually the very thing that the Saint uses to track Jesse. What was a strength for Jesse in the comics has become his biggest liability in the show. Now that’s how you put your own spin on an adaptation. 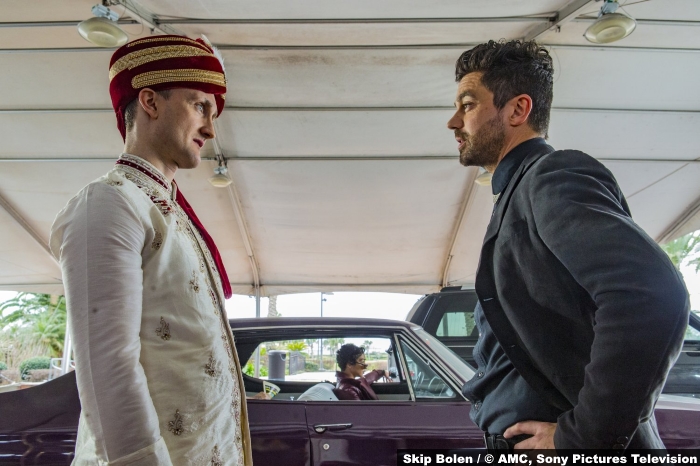 Mumbai Sky Tower isn’t as combustive as the season premiere, what could be, but it does gives the show’s characters enough of a breather from the holy gunslinger to give us a taste of who they are in the show’s new narrative context. We only really know Jesse, Tulip, and Cassidy in terms of the roles they fulfilled in Annville. Jesse tried to save his town from sin, and he failed. Tulip tried to entice Jesse back into a life of crime by serving up Carlos, it failed. Cassidy, well, he fills the wildcard role in both contexts. Mumbai Sky Tower gives us a better understanding of these characters and what they bring to the table. It’s also the platform to say goodbye to one of season one’s standout recurring characters: Fiore. So let’s take these characters on one at a time to highlight their new purposes.

The TV version of Jesse Custer is a fascinating character when done right. Season one struggled with this at times and Dominic Cooper leaned a little heavily on disinterest with his performance instead of disconnected. Just from these first two episodes both the writing and Cooper’s performance has improved greatly. Jesse has a sound characterisation, and sense of purpose that allow Cooper to get the best out of the character. Jesse is searching for God, but it’s the possible reasons for this search, its motivations, that could be enlightening. Jesse failed to save his town, with a weight of guilt he tries to avoid by marrying Tulip. He is a flawed man, with many sides to him, and he is searching for God to hold him to account for his mistakes. Yet what about Jesse’s own mistakes? Despite the horrible consequences of Genesis Jesse still believes he is the right man for the job. Perhaps the true result of this search is to hold God to account, and to accept his own actions as well.

It’s no secret that season one of Preacher screwed up with Tulip. Instead of taking advantage of a great character from the comics, and a brilliant (now Oscar nominated) actress to play her, season one relegated Tulip to the role of crazy ex, while also falling into tired de-powering tropes of reproductive violence on female characters. Season two is finally taking advantage of the character that was so explosively introduced in the pilot. Not only is Tulip a great comedic presence, and moral compass in Eugene’s absence (even if her version of morality is giving her opponents guns so it can be fair), she is also the person you want on your side in a fire fight. Mumbai Sky Tower expands Tulip’s story by reminding us that she has a life outside of Jesse. That life seems to involve a crime boss that isn’t too happy with her. Indeed, her hotel room fight with Gary, a man twice the size of her, is a handy signifier of how formidable Tulip is. Once she gets the upper hand it takes her less than 30 seconds to take Gary out. Which all goes to show what a great character she can be: something that the show is finally realising.

Cassidy is the wildcard, and while I’m not entirely convinced by the love triangle, he does show that he has a unique set of skills. Which brings us to Fiore. After losing his best friend Deblanc, Fiore is in an emotional tailspin. This is shown through the funniest suicide montage since Bill Murray in Groundhog Day. Fiore has lost the only person he had a true connection with, leaving the door open for Cassidy to fill that role to try and get Fiore to call off the Saint. Admittedly, it doesn’t work, but that’s not due to Cassidy. Fiore was Genesis’ keeper, so if he says that Jesse doesn’t know what he’s doing then we really should listen to him. 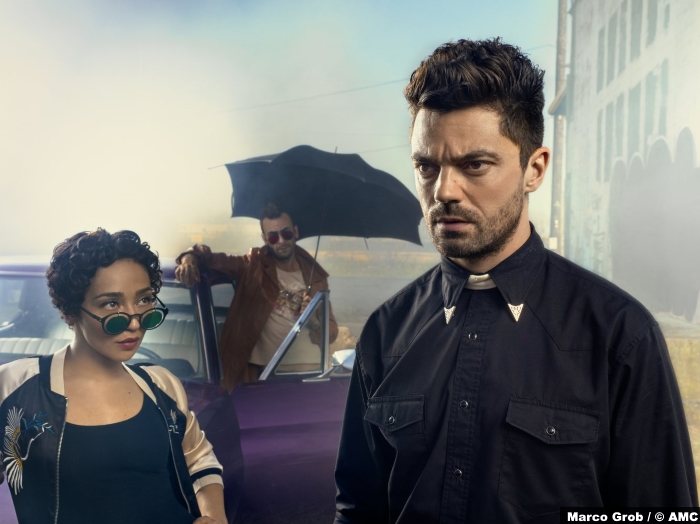 8/10 – Mumbai Sky Tower has me incredibly excited about season two of Preacher. Though it marks the last appearance of Tom Brooke as Fiore, it’s another sign of season two’s more propulsive outlook. Next stop The Big Easy.