Preacher S03E01: Angelville – Home is where the Hell is for Reverend Jesse Custer

Preacher is a difficult show to write about for me. The biggest reason for this is how much I adore Garth Ennis and Steve Dillon’s masterful comic series which the show is based on, but as the show begins its third season, any hope I had of a great adaptation of the source material is completely gone. So, there are a few choices left open to me at this juncture. One, stop watching the show. I’m still watching The Walking Dead at this point, so it will come as no surprise to anyone that this isn’t an option for me. Two, keep reviewing the show through that filter of disappointment that it’s not, despite a few excellent instances, the adaptation I was hoping for. Three, try and recalibrate my expectations by watching and trying to enjoy Preacher on its own terms. Three is the best option as it’s the choice that all but guarantees that watching Preacher won’t give me a rage headache anymore.

In reality though, season two’s problem wasn’t due to Preacher’s poor grasp on the source material, it was down to its poor grasp of serialized storytelling. Despite a very promising first half, that briefly fulfilled the potential for the show to be explosive schlocky fun, and despite the introduction of Herr Starr and the Grail, the second half of season two dropped off sharply in quality. The main reason for this is that, for some absolutely baffling reason, the writers looked at the three compelling and charismatic lead characters and decided to split them up. On paper, this doesn’t sound so bad, and it wouldn’t have been as long as Jesse, Tulip, and Cassidy were given interesting solo arcs, but those never really materialized.

Cassidy, who was one of the most loved television characters of 2016 got stuck with an obvious vampire story with his son Dennis (whose dank New Orleans apartment became the location of the decomposing body of that was the rest of the second season) which barely took advantage of Joseph Gilgun’s comedic talents. Tulip’s arc was even worse, with a vague trauma storyline that was an after-effect of her run-in with the Saint of Killers, that further diminished what should be an awesome character. It got worse from there as the season ended with Tulip being shot and killed by the Grail agent Featherstone, leading Jess and Cassidy to Angelville where Jesse’s grandmother could possibly bring Tulip back to life.

So, season two had some major problems, but it also ended by seeding the beginning of one of the best arcs from the comics: Jesse’s return to Angelville and his relationship with his grandmother Marie, and her two employees: the dim-witted TC, and the monstrous Jody. Granted, the show is doing things ass-backward, as Jesse chooses to return to Angelville in a desperate attempt to save Tulip, rather than both Jesse and Tulip getting kidnaped and taken there against their will. Angelville cast a shadow over the events of season two, with some tantalizing visual foreshadowing of how much this branch of Jesse’s family royally screwed him up.

The episode itself is pretty solid if a little unremarkable. With all of the possible plots that were wasted in season two, it’s good to have a straightforward hour of television from this show; one that provides some sorely lacking character work for the main three. The premise is simple, Jesse and Cassidy must convince gran’ma to bring Tulip back from the dead. On the other side of the veil, Tulip must decide, in typically strange style, whether she leaves Purgatory for the afterlife, it isn’t clear whether it’s heaven or hell or come back to her body. To make matters a little more complicated, Cassidy reveals to Jesse that he and Tulip had sex, and Gran’ma Marie exacts an as-yet unknown price from her grandson. 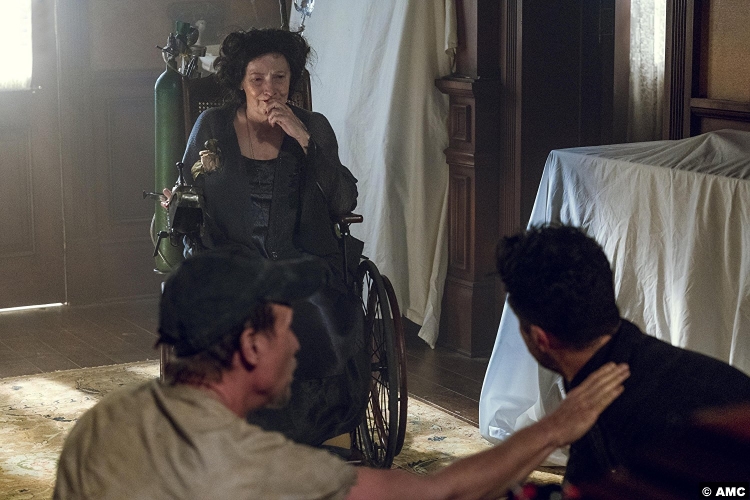 Just having Jesse, Tulip, and Cassidy in the same room is a huge improvement on season two, helped by a story that has proper stakes.

I’m still not thrilled with Tulip’s death, as it only serves the function of getting Jesse to Angelville, but it has opened the door for God to give Tulip a mission before she’s sent back to her body. Then there’s also the big possibility that Cassidy will take Marie’s story about the love potion that bagged her husband seriously. Hopefully, that doesn’t happen because Tulip has lost her god-damn agency enough in this bloody show. 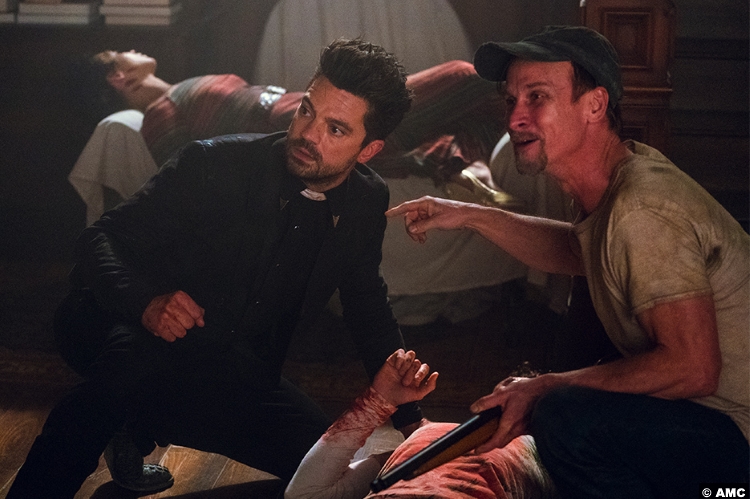 As much as I’m thrilled that the show is doing the Angelville arc, this episode does little to put across the full threat of these people. It does look like they have deviated from the comics yet again, but the seeds of how horrible Marie, and especially Jody (who is confirmed to have been the person who murdered Jesse’s father) is have been sown.

7/10 – Much like the beginning of season two, I’m quietly optimistic about Preacher again. There is still lots going on outside of Angelville: Eugene and Hitler escaped hell, Herr Starr and the Grail are still active, Jesse hasn’t found God yet, and The Saint of Killers was last seen demanding an audience with the Devil. Season three has a shorter episode order of ten episodes which hopefully means a much more streamlined season as the previous year did not have enough story to fill thirteen episodes. Angelville is a solid start, one that introduces new possibilities, and brings the main three back together for some, hopefully, explosive consequences next week. I have faith again Preacher, please reward it.