Alright, alright, alright. It’s time finally to find out who killed Jason Blossom. For those of you who perhaps worried that Riverdale would fumble it and pull a The Killing, where we don’t actually find out whodunit, were able to put those fears to rest. We indeed find out whodunit, as well as find out another secret I found more shocking than the murder reveal. Let’s get down in the syrup, shall we?

Much to their parents’ horror, the gang confesses the little breaking and entering that Archie and Veronica got up to last week. They do so to argue for FP’s innocence, but their parents, who grew up with FP and have been likely been disappointed by him about as much as Jughead has, are still stuck on the crime their children committed. We are omniscient, at least in this instance, so we know as well as Archie and Veronica that the lockbox and thus, the gun, were not there before the cops were called. So what are the kids to do? Go back to the murder board. 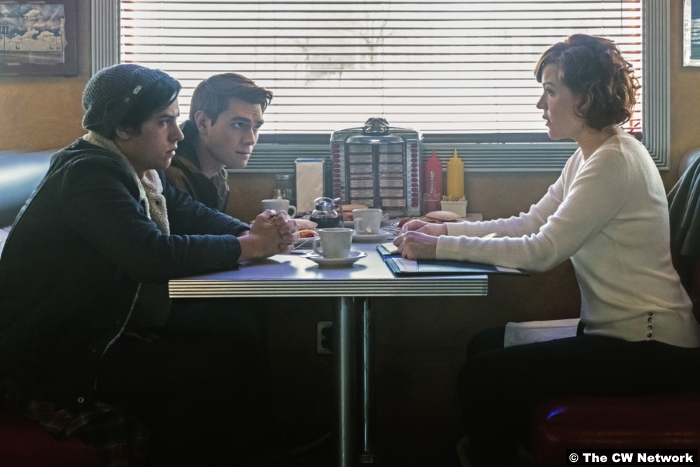 One of their possible suspects, Hal Cooper, is quickly eliminated. Awakened by a noise in the night, Betty and Alice, who still has Miss Grundy’s gun, confront an intruder. It turns out to be Hal, who’s returned to get the evidence he stole from Sheriff Keller’s home murder board. He tells his wife and daughter that he didn’t kill Jason, but he was afraid that Polly did, so that’s why he took the stuff. So strike Hal from the list. And strike Hermione as well, because she was out of town.

We still don’t know if we can strike FP, despite the planted evidence, but that doesn’t matter, because he’s confessed to everything. In fact, none of it matters, because Hal has another bombshell to reveal. The tale of maple murder he told in a previous episode was true, but he left out one very important detail: both of the men were Blossoms. That’s right, Hal and his children have Blossom blood. GASP. That means that while there was some Blossom incest going on, it was between Jason and Polly. Alice, Betty, and me: Shook. 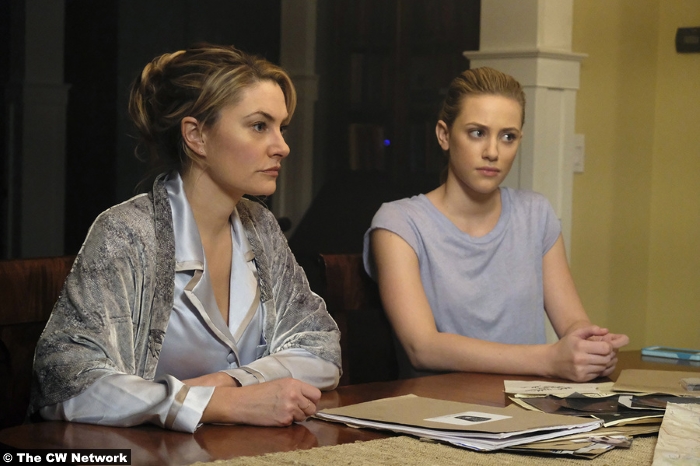 Alice leads a Cooper (nee Blossom) raid on the Blossom mansion both to reveal the truth to everyone and to retrieve Polly. Both objectives are successful. Things are happening now!

Now back to FP. He details the Jason-as-mule story we already knew and then claims that once the Serpents realized Jason was a Blossom, they decided to hold him for ransom. Something something happened and Jason ended up with a bullet in his forehead. FP stored the body in the freezer at the club, which is definitely gonna get them docked some points on their health department inspection, and later dumped it in the Sweetwater.

Armed with all their new information, the gang retrieves Jughead, who’s trying to leave town. He originally planned to go to Toledo to his mom and Jellybean, but his mother apparently rejected that idea. Jughead is not having a good time. Besides his mother’s rejection, FP doesn’t want him coming to the jail and Cheryl pummels him in the cafeteria.

He’s still not having a worse time than Mustang, a disgruntled Serpent Joaquin leads the gang to. Mustang’s trottin’ days are over, as he lays dead in a bathtub, with heroin works laid out neatly beside him. Hmm, suspicious. Also suspicious? A briefcase of money with the initials HL monogrammed on them. When I do my nefarious deeds, I know I always make sure to sign my name. 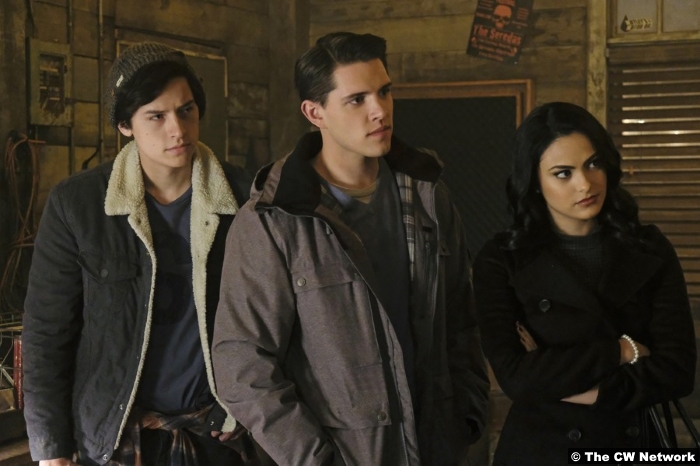 Joaquin decides that’s his cue to skip town, but he does leave the Serpents’ insurance policy–Jason’s letterman jacket–with the gang. At first, they can’t figure out why it would be important, then Betty is struck with the memory of losing little bits, like lip balm, in the lining of her own jacket and takes a closer look. Sure enough, there’s a flash drive in there. Let’s see what’s on it! 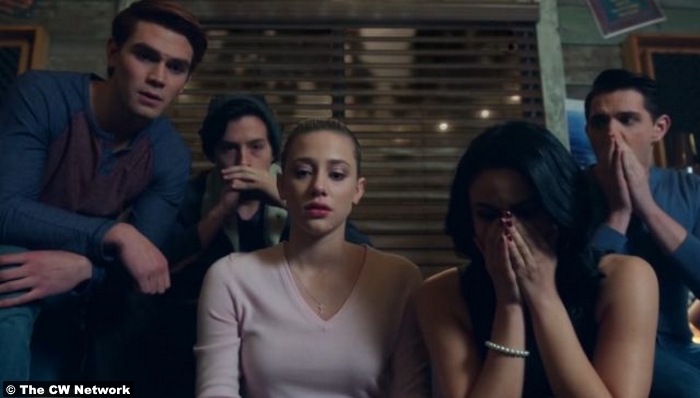 Well, we don’t get to. Not yet. We get to watch the faces of the kids as they watch the video on the drive, which turns out to be surveillance from the Serpents’ lair. We do hear a gunshot, though, as the kids react in horror. Betty recovers quickly, though, and immediately makes a call. It’s to Cheryl and Betty tells her to get out of the Blossom house ASAP. As Cheryl is my wicked angel, she instead calmly walks downstairs and into the dining room, where her parents are having dinner, and announces, “You did a bad thing, Daddy, and now everyone knows.”

Yup, Cliff Blossom’s the killer. Why he killed Jason is a mystery for another episode, although a hint is given when the cops come to pick him up. They find him in the maple barn (I love this show), hanging from the rafters. It seems as if he stood on a maple barrel before he did the deed (if he even did it to himself) and when it fell over, what spilled out was not sticky syrup, but bundles of drugs. Heroin, perhaps?

9/10 – So there’s our major mystery of the season solved, but that leaves another mystery, of course. Why would Cliff kill his own son? I mean, you could just write “motive/evidence/murder weapon: wig room” and I’d be satisfied, but there’s probably something else behind it. Anyway, next week is the season finale and maybe we’ll find that out then, but it’s likely that mystery will be held over until the next season. We’ve still got Hiram Lodge (recently cast as Mark Consuelos) to look forward to and oh yeah, Sabrina is coming. And we thought this show was wonderfully bonkers now.