Riverdale S01E05 Review: Heart of Darkness – Maple syrup is the root of all evil

After last week’s unpleasantness, we are back to weirdness, which I always prefer. Cheryl Blossom may have seemed like a stock character from any TV show or movie ostensibly aimed at teens–witness Veronica even telling her that last week–but we get a good look at Ma and Pa Blossom this week and honestly, it’s a miracle she’s as well-adjusted as she is. I know that’s not saying much, considering she’s a poisonous apple in heels, but again, look at the tree from which she fell.

The Blossoms live in a house with a name, Thornhill, which tells you that they’re well-off. The name also gives you kind of a clue as to what the house is like, but I feel like a phrase like “gothic nightmare mansion” gets the idea across better. That’s where we open this week in the middle of a nightmare, in fact. Cheryl’s been working on her eulogy for Jason in Jason’s bed–of course–and fell asleep, where she dreamed that he’d clawed his way out of the grave and was coming for her. 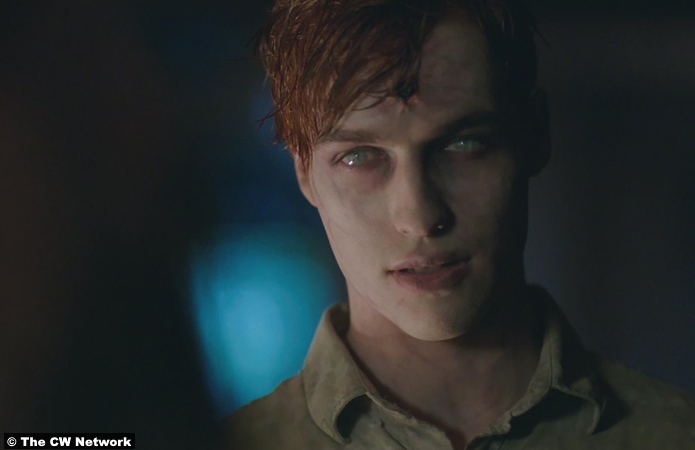 This is also where her mother finds her. Maybe like me, you’d had sympathy for Penelope Blossom when she slapped the fire out of Alice Cooper a while back. That sympathy withers on the vine now, as Penelope tells Cheryl that she will not be speaking at HER TWIN’S MEMORIAL, because she will probably just say something embarrassing. The parents really run the gamut on this show, but Penelope is trying hard for the bottom.

Also in the running with her is Hal Cooper (Lochlyn Munro), whom we find out not only stole Sheriff Keller’s murder wall, but also kept secret that Polly and Jason were engaged. It was the breaking of the engagement that broke Polly. We don’t actually learn any of this until later in the episode, because all he tells Betty is that they had a bad fight and Polly tried to kill herself. That’s bad, obviously, but it doesn’t seem like it was hard to figure out. Also, it doesn’t explain the wild anger between the families, so vicious that–remember–Alice tried to ruin Archie because he just reminded her of Jason. There is something more to it, but we’ll get back to that and Hal later. [As for Alice, she’s gone to a spa for female writers, which…send me.]

First, the murder wall. You know if anyone is up for recreating it, it’s intrepid reporters Betty and Jughead, who do so with Kevin’s help. They also use the memorial and reception at Thornhill to snoop around, specifically in Jason’s bedroom, which is where old grandma Rose–yes, Rose Blossom–just hangs out in the dark, apparently. She mistakes Betty for Polly and that’s when we find out about the engagement. 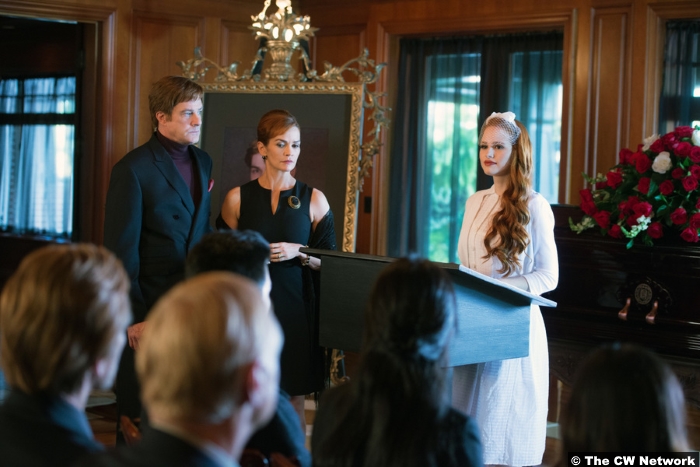 Rewind one moment to the memorial itself, Penelope has invited only those she suspects of Jason’s murder. It’s also where Cheryl has donned her outfit for the 4th of July–you know, the last time she saw Jason–and hijacks the proceedings to give the eulogy she wants. It’s a really normal, healthy event. Anyway, for her troubles, Cheryl’s threatened with boarding school in Europe. God, Penelope–shut up.

Now we’re back to Hal. Betty confronts him with the new wrinkle in her sister’s life and that’s when we find out the greatest reveal thus far on Riverdale. The decades-long feud between House Cooper and House Blossom is because Cheryl’s great-grandpa MURDERED Betty’s great-grandpa to take control of their maple syrup business. What is with this town and maple syrup?! That question doesn’t get added to the murder board, but Hal Cooper’s name should.

And while all of this is going on, Archie’s deciding to dedicate himself to football, so he can get a scholarship and study music in college. Pussycat Valerie (Hayley Law) hooks him up with Oscar Castillo (Raul Castillo), an adjunct at local Carson College, who is her music mentor. I’m pretty sure that’s just in the normal way, though, and not in the Grundy way. Unsurprisingly, Castillo finds Archie’s songs “juvenile” and chides him for not having sheet music. You know, Archie could have learned a lot more about music if his teacher had actually been teaching him.

At the memorial, Archie gives Penelope Jason’s jersey, which should have been retired anyway. Coach Clayton sees this as the mark of a captain, but Archie turns him down, believing that Reggie (Ross Butler) deserves it because he’s devoted to the team. Archie’s decided to focus on his juvenile music that is all about break-ups. (I love Oscar Castillo.) 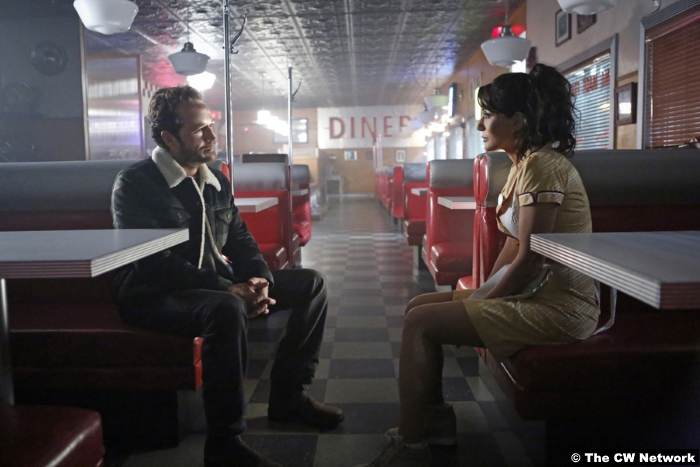 I’m sure that will be a comfort to Fred Andrews, if he weren’t so hot for Hermione this week. They went to the last picture show last week together and he thought it was a date. She didn’t, because they’re both married, and he’s very awkward about it. But there’s no time to dwell on that, because someone has left a box for Hermione at Pop’s. By the way, if someone just leaves a box for you in the middle of the floor at your workplace, don’t open it. Definitely don’t if you’re in a TV show or a movie. It’s bad news. In Hermione’s case, it’s a snake. Or a serpent, really. Like a Southside Serpent. That’s how they send threats, I guess. It’s enough to send her hurtling into Sideshow Luke Perry’s arms and with that comes a job offer as a bookkeeper at Andrews Construction. Of course, he’d previously turned her down when she’d asked for that job, because of her husband’s scandal, but when it comes to love–or “love”–the Andrews men always make the best decisions.

8/10 – The Archie plot was supposed to be the A-plot, I think, but like last week, the show is weaker when it focuses on everykid Archie. The strength is in leaning into its campiness, its weirdness, its maple syrup monopolies and murder walls.